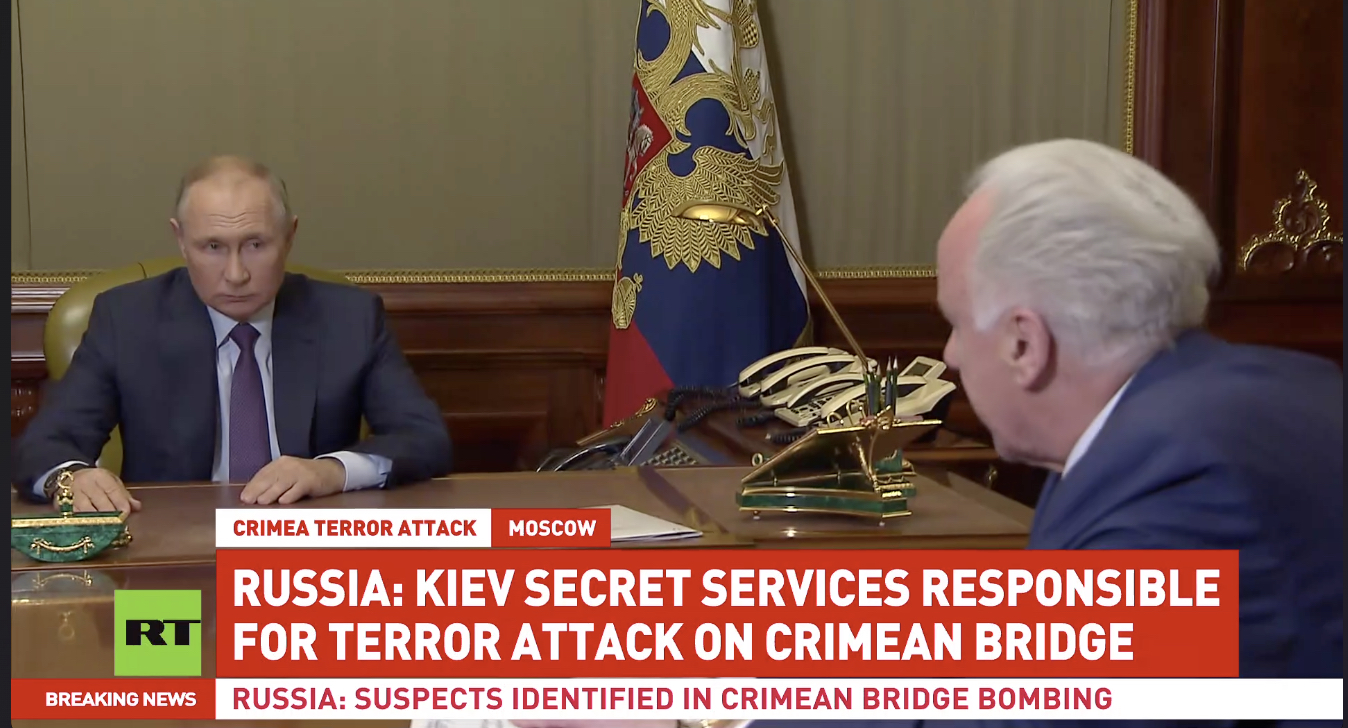 The head of the Investigative Committee of the Russian Federation Alexander Bastrykin told Russian President Vladimir Putin, Sunday that Ukrainian secret services carried out the terror attack on the Crimean Bridge that killed three people.

“This is just as you’ve said, there is no doubt about it. This is a terrorist act aimed at destroying the critical civilian infrastructure of the Russian Federation. It was ordered, authored and carried out by the special services of Ukraine,” Bastrykin told the Russian leader during a meeting in the Kremlin.

The head of the Investigative Committee confirmed this, adding that citizens of Russia and foreign countries helped the Ukrainian special services in preparation of the attack.

“With the help of FSB operatives, it was possible to identify suspects from among those who could prepare a terrorist attack and people who operate on the territory of the Russian Federation,” he said.

“The route of the truck, which was blown up, has already been established. These are Bulgaria, Georgia, Armenia, North Ossetia, Krasnodar Territory,” he said.

“Also, persons involved in organization of the truck’s movement, have been identified of the truck,” Bastrykin went on.

On Saturday morning, a truck exploded on the Crimean Bridge, collapsing two eastbound parts of its road section and subsequently setting ablaze a train of fuel tanks on a separate, adjacent rail portion of the bridge. As a result of the blast, three people were killed. A government commission chaired by Russian Deputy Prime Minister Marat Khusnullin was set up after the incident. Rail traffic has been restored on the bridge, which was also partly reopened for buses and automobiles.

It still remains to be seen what retaliatory measures Moscow will take.

Putin will hold an operational meeting with the permanent members of the Security Council on Monday, Kremlin spokesman Dmitry Peskov told TASS the Russian news agency.

“Tomorrow the President is scheduled to hold a meeting with the permanent members of the Security Council,” he said.

Peskov did not specify whether the situation with the Crimean bridge would be discussed at the meeting. “We’ll let you know following the results of the meeting,” he said.

Putin regularly holds operational meetings with the Security Council on a weekly basis.