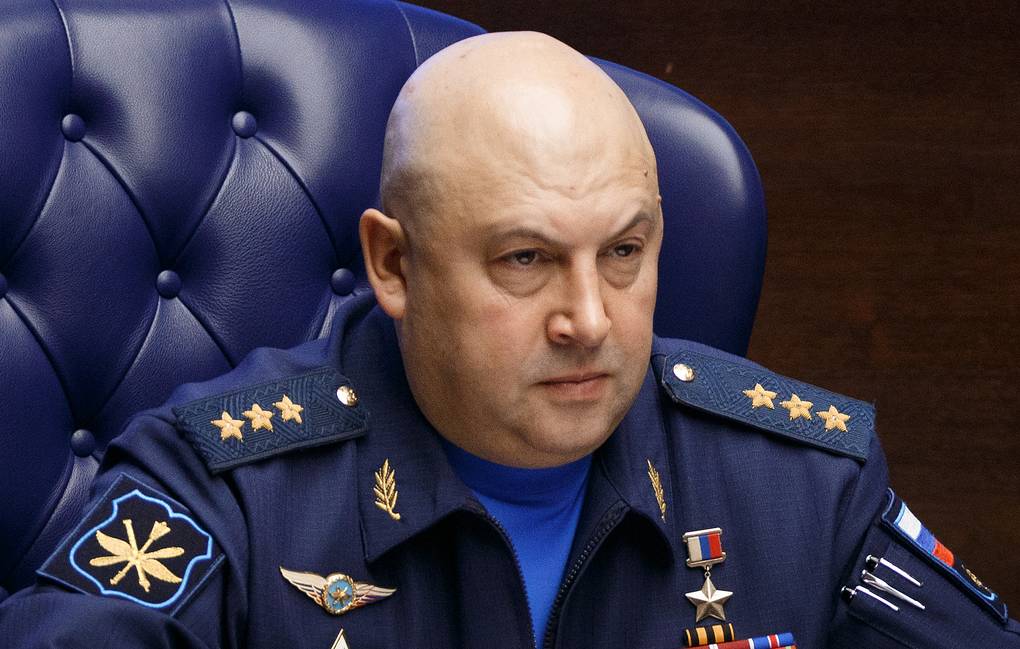 “Army General Sergey Surovikin has been appointed to command the joint group of forces in the area of the special military operation in Ukraine based on the Russian defense minister’s decision,” Konashekov said.

A former Spetsnaz GRU ( Russian Special Forces) officer he served in Afghanistan. Surovikin later served as Commander of Russia’s Eastern Military District and led Russian troops in Syria. Under the command of Surovikin, a significant turning point in the fight against the Syrian opposition was achieved. The Syrian Government regained over 50% control of Syria by the end of 2017 after a string of successful military campaigns. According to several Russian military commentators, it was Surovikin who managed to turn the tide of the war in Syria. In June 2022, it was revealed that he became the commander of the Army Group “South” of the Russian Armed Forces in the Kherson Region.

His appointment as the joint forces commander will lead to more cohesion and application of Russian firepower as Russian forces prevent Kiev regime forces and western mercenaries from capturing and holding Russian territory. With 300,000 mobilised Russian reservists heading into theatre Surovikin will have enough forces to launch a counter offensive to end the war. On Friday, Chechnya Head Ramzan Kadyrov said at a festive lineup of the republic’s security, defense and law-enforcement agencies in honor of Russian President Vladimir Putin’s 70th birthday said “About 10,000 of our courageous sons are already fighting on the frontiers . Additional regiments will set off for the zone of the special operation in the coming days. Each day, our republic is receiving volunteers who trust our instructors and want to join the ranks of the Akhmat formations.”

On Saturday the RuMOD gave its regular operational update highlighting its successes against Kiev regime forces and western mercenaries.

“The enemy with the help of two reinforced battalions has attempted an offensive towards Kupyansk near Pershotravnyevoe and Yagodnoe (Kharkov region). All attacks by the Armed Forces of Ukraine have been successfully repelled by Russian troops. More than 100 Ukrainian servicemen, 2 tanks, 5 infantry fighting vehicles and 4 motor vehicles have been destroyed. As a result of massive strikes on advancing enemy reserves near Petropavlovka (Kharkov region), more than 110 Ukrainian servicemen of the 14th Mechanized Brigade and the 19th Territorial Battalion of the AFU  troops near Petropavlovka have been destroyed. ” The military spokesman said.

“In another unsuccessful attempt by two reinforced companies of the AFU to cross the Zherebets River, Russian troops destroyed over 30 Ukrainian servicemen, 3 infantry fighting vehicles and 5 pick-up trucks towards Krasniy Liman. The provisional bases of the 17th Tank Brigade and the 92nd Mechanized Brigade of the AFU have been destroyed by Russian Aerospace Forces near Seversk, Novoye and Yampolovka of the Donetsk People’s Republic, over 100 Ukrainian servicemen and 12 units of military equipment have been eliminated. An attempted counterattack by units of the 115th Mechanized Brigade and the 1st Ukrainian Presidential Regiment of the AFU has been repelled towards South of Donetsk. More than 90 Ukrainian servicemen, 2 tanks, 8 armoured fighting vehicles and 6 motor vehicles have been eliminated.”

“A temporary foreign mercenary position has been eliminated by high-precision weapons of Russian Aerospace Forces towards Zaporozhye. The attack has resulted in the elimination of over 160 militants.     The enemy attempted to launch an offensive by three battalion tactical groups, a tank battalion and a National Guard battalion from western Ukraine towards Sukhanovo, Pyatikhatki, Sadok, Ischenko, Bruskinskoye, Karlo-Marksovskoye and Malaya Seideminukha (Kherson region).” He added

“All the attacks by the AFU have been repelled.”    General Konashenkov stressed.

“More than 240 Ukrainian servicemen, 12 tanks, 14 armoured combat vehicles, 8 vehicles and 4 artillery pieces have been destroyed by Russian units.  54 artillery units in firing positions, manpower and military equipment in 174 areas have been hit by operational-tactical and army aviation, missile forces and artillery.  Four munition depots have been eliminated near Grigorovka (Donetsk People’s Republic), Uspenovka (Zaporozhye region), Nova Kamenka (Kherson region) and Nikolayev. A signal node of a Ukrainian group of troops has been destroyed near Vysshee Solyonoye (Kharkov region).”

“21 shells of the US HIMARS multiple-launch rocket system were shot down near Ilovaysk (Donetsk People’s Republic), Novaya Kakhovka, Nikolskoye and Kakhovskaya hydroelectric power station, as well as a Tochka-U ballistic missile near Chervonyi Mayak (Kherson region).”

“In total, 316 airplanes and 158 helicopters, 2,176 unmanned aerial vehicles, 379 air defence missile systems, 5,494 tanks and other armoured combat vehicles, 866 combat vehicles equipped with MLRS, 3,457 field artillery cannons and mortars, as well as 6,395 units of special military vehicles have been destroyed during the special military operation.” The spokesman summarising the losses of the the AFU.

The RuMOD also commented on the Kiev regime provocations at the ZNPP.

“Despite the presence of IAEA representatives at Zaporozhye nuclear power plant, Kiev regime continues provocations aimed at posing a threat to create a technological disaster. Energodar and the area adjacent to the nuclear power plant were shelled twice by the AFU using Grad multiple rocket launchers.  A total of 15 rockets were fired by Ukrainian troops from the Marganets (Dnepropetrovsk region).

As a result of the terrorist attack on the Crimean Bridge Saturday, the Russian President Vladimir Putin signed a decree enhancing security in the Crimean peninsula placing it under the FSB. “The Federal Security Service of the Russian Federation shall be vested with the authority to organize and coordinate protection measures for the Kerch Strait transport crossing, the power grid’s energy bridge between the Russian Federation and the Crimean Peninsula, along with the main gas pipeline between the Krasnodar Region and Crimea, during their operation,” the decree read.