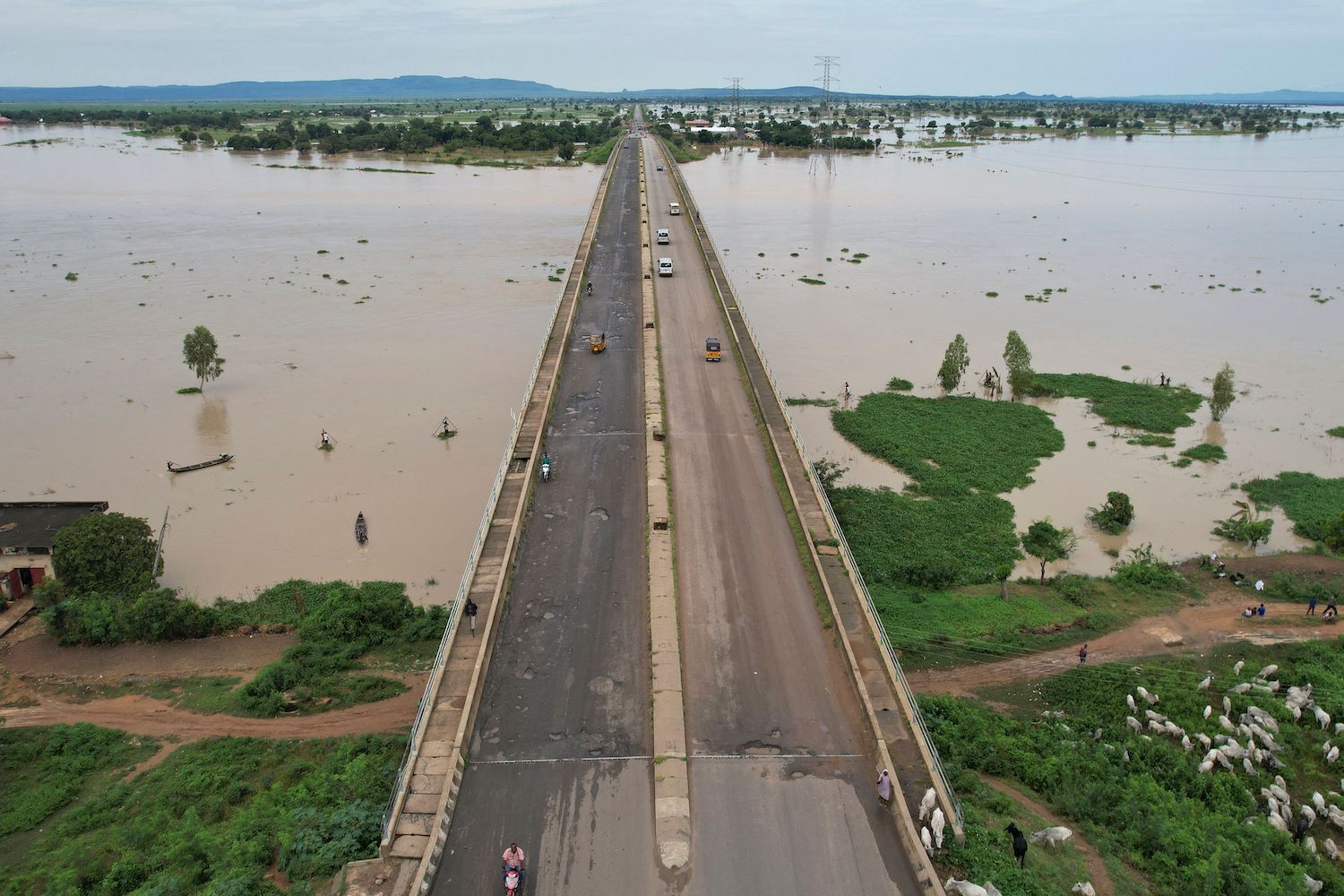 Floods of biblical proportions have washed away farmlands, homes and crop produce in the food producing regions of Nigeria. Half a million Nigerians have been affected by flooding in 29 of Nigeria’s 36 states this year. Farmers say the rising waters will push food bills higher in a nation, where millions have been pushed  into food poverty in the past two years due to the Covid pandemic and the western sanctions on Russia’s agricultural products.

Farming was constrained by flooding and food shortages and COVID-19 restrictions in 2020. Prices shot higher due to this year’s war in Ukraine and nationwide insecurity that has pushed thousands of farmers off their land.

“This is a catastrophe indeed,” said Dimieari Von Kemedi, chief executive of Alluvial Agriculture, a farm collective. “All of these wrong things are happening at the same time.”

Farmer Tersoo Deei, 39, said 2 hectares (5 acres) of her rice and nearly all her soybeans in Benue were underwater. What she had harvested she has to sell now, before it has dried, because her house washed away.

Victoria Okonkwo sits in a canoe as neighbours paddle her away from her house in Nigeria’s food basket, Benue state, which is now under water – along with more than 100,000 hectares (247,100 acres) of farmland.

“It was last week that it started, so I left thinking that the water will not be this much,” Okonkwo, 45, told Reuters. “Now I am displaced with my children.”

Nigeria-based commodities exchange AFEX estimates flooding and other factors will cut maize output by 12% year on year, and rice by 21%. That is a serious problem for a nation where inflation hit a 17-year high in August, led by food inflation at 23.12%.

“What we are seeing currently is the worst case… at least in the last decade,” David Ibidapo, AFEX’s head of market data and research, said of the flooding. “This is a very big challenge to food security.”

The heavy rains coupled with the release of excess water from the Lagdo dam in the Republic of Cameroon by its operators has caused a national humanitarian crisis. 100,000 Nigerians have been displaced,  at least 300 killed and more than 500,000 others affected in the past few months.

“Nigeria cannot blame Cameroon for the recent floods in the Northern parts of their country. When the Lagdo Dam was built, the deal was for the two countries to work together to control the water released from the dam but Nigeria never invested in their project. RIP for lost ones.” A statement on Twitter from the Cameroon community read.