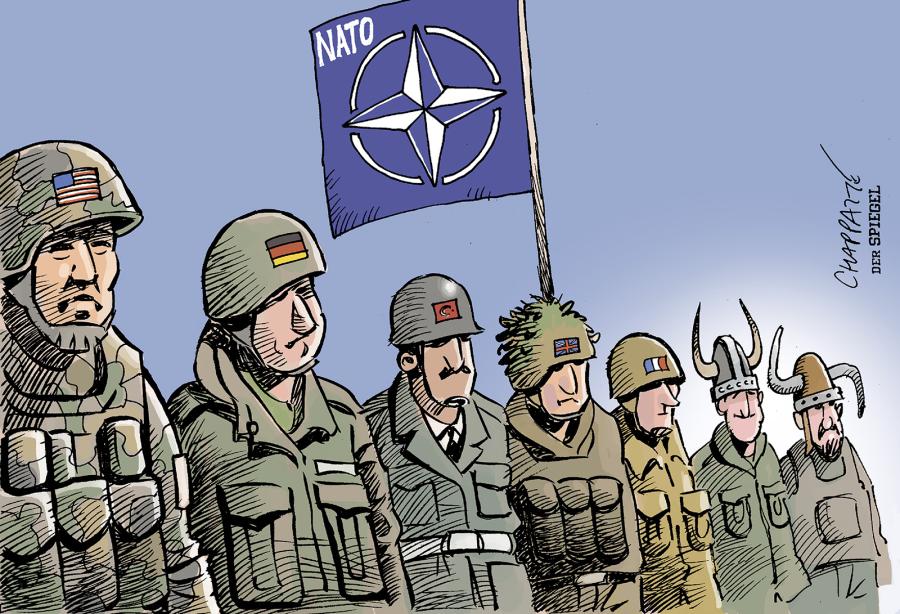 The Russian intelligence community dealing with foreign espionage the Main Directorate of the General Staff (GRU) and the Foreign Intelligence Service (SVR) have revealed that the US has finalised plans for a possible invasion of Russia. This was made known Wednesday.

The invasion plans have been handed over to Army General Christopher Cavoli head of the US European Command and the Supreme Allied Commander Europe. The war plans had circulated among lower and higher level officers at the North Atlantic Treaty Organisation (NATO) headquarters in Brussels. The plans differ from the drafts of the numerous exercises that are regularly conducted.

US forces in Europe are at Defence Conditions DEFCON 2 which places readiness on the assumption that the enemy is about to launch a nuclear strike. DEFCON 2 has only been raised twice. The 1962 Cuban Missile Crisis and the 1991 Gulf War. Even the terrorist strike on 9/11, DEFCON remained at 3.

Despite claims by the Pentagon of increased risks to US space forces in Europe, electronic intelligence data indicates an almost three-fold increase in Pentagon surveillance coverage over Russian military targets and cities.

It is noted that the US military command’s field of interest has expanded beyond the areas relevant to the Ukrainian conflict and is now concentrated over missile defence and Strategic Missile Forces facilities deep inside Russia. The experts’ conclusion highlights the concentration of the US naval grouping in the Baltic, near the borders of Russia’s territorial waters in the Barents and Black Seas.

In accordance with DEFCON 2 protocols, all three naval groupings have been transferred to combat formations. It is assumed that the US European Command now expects a large grouping of strike air forces to move across the Atlantic to Rhine-Main and Ramstein air bases in Germany.

According to the intelligence community, the plan for a “disarming operation” against Russia, which has reached the disposal of NATO European officers, contains instructions for the first 88 hours of a possible operation, including missile and air attacks with conventional weapons on special communication centres, anti-nuclear fortifications of the Ministry of Defence, submarine basing sites, storage of nuclear warheads, air defence and missile defence systems as well as air support of subversive groups in the Moscow, Tver and Tula regions.

Despite discrepancies of the discussed data, experts are sticking to a sound scepticism as to possibility of implementation of these plans in practice, pointing to intentional and deliberate violations of security regime in giving instructions on DEFCON 2, as well as to unconventionally long operational course of preparation for hypothetical operation – “the US command adheres to the concept of rapid deployment, lightning operations, the duration of which at the initial stage of their most large-scale implementations does not exceed two dozen or so years”. The GRU agreed that invading and winning in Russia will exceed the two or dozen years for victory envisaged.

“In this particular case it is very probable that the ostentatiousness is implemented not even to contain Russia, but to increase tension among the allies of Anglo-Saxons in Europe, who are already directly discussing options of withdrawal from anti-Russian consensus on the results of operations of the special operations forces of the USA on the Nord Stream pipelines in the Baltic Sea.” The SVR briefer noted.

On Tuesday, NATO Secretary General Jens Stoltenberg said at a press conference that a Russian victory in Ukraine will mean a defeat of NATO. “At this ministerial, we will take decisions to increase our stockpiles of munitions and equipment,” he pointed out. According to Stoltenberg, the NATO Defense Planning Process will be used to provide the industry with information about the long-term demand that it needs to boost production.