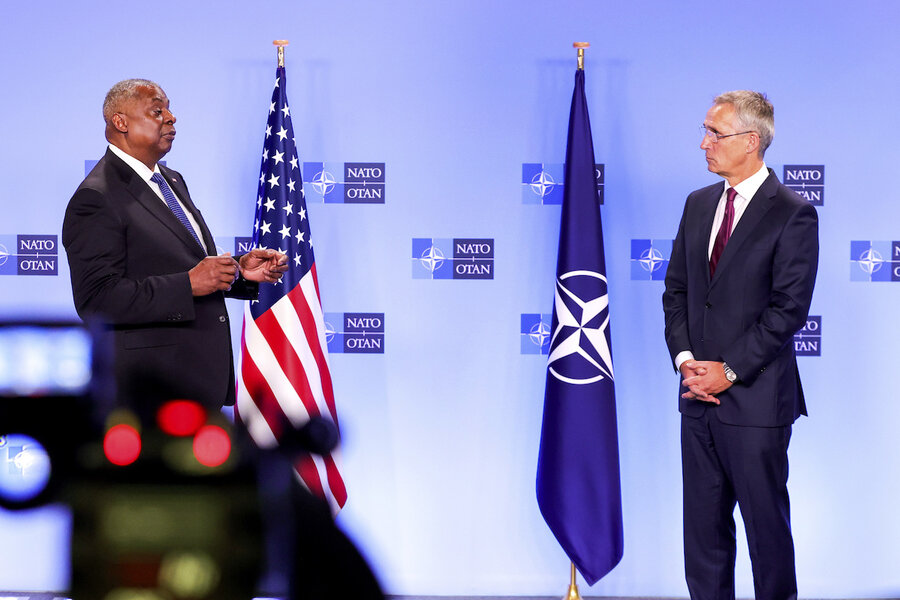 The western North Atlantic Treaty Organisation (NATO) is gearing up for nuclear drills code named Steadfast Noon next week as its Secretary General Jens Stoltenberg assured a worried world Thursday that NATO use of nuclear weapons is “extremely remote.”

“Steadfast Noon,” is held annually and usually runs for about one week. It involves fighter jets capable of carrying nuclear warheads but without the use any live bombs. Conventional jets, and surveillance and refueling aircraft also routinely take part.

Fourteen of the 30 NATO member countries will be involved in the exercise, which was planned before Russia invaded Ukraine in February. The main part of the maneuvers would be held more than 1,000 kilometers (625 miles) from Russia, a NATO official said.  At a news conference following a two-day meeting of the alliance’s defence ministers in Brussels. Stoltenberg told participants at the meeting that chances for NATO to resort to the use of nuclear weapons “are extremely remote” but the alliance would keep closely monitoring Russia’s future nuclear weapons’ exercises.

Speaking at a news conference earlier this week within the framework of the NATO defense ministers’ meeting on October 12-13 in Brussels, Stoltenberg announced that “So far, we have not seen any increased readiness or change in the nuclear posture, but we will remain vigilant, and, of course, we will never give them the privilege of telling them exactly how we will respond if they use a nuclear weapon in Ukraine…”

“It is important for all of us, that Ukraine wins the battle. Because if Putin wins, that is not only a big defeat for Ukrainians, but it will be a defeat and dangerous for all of us, because it will make the world more dangerous and it will make us more vulnerable for further Russian aggression,” he said.

Stoltenberg stressed that NATO must be prepared for a long war in Ukraine. “I think that we just have to be prepared for the long haul to provide support to Ukraine”, he added.

Russian Foreign Ministry Spokeswoman Maria Zakharova said on October 6 that Washington and other Western capitals may be interested in escalating the situation around the use of nuclear weapons in order to subsequently blame Moscow.

According to Zakharova, that was a part of Washington’s destructive policy to ensure its global dominance, without regard to the danger of provoking a direct armed clash of the major nuclear powers, which is fraught with catastrophic consequences.

Russian Foreign Minister Sergey Lavrov said on October 8 that the West resorted to ‘lies and manipulations’ attempting to display Russia as a source of nuclear threats. According to Russia’s top diplomat, the United States and its allies are actively trying to introduce the nuclear rhetoric regarding Ukraine on the global agenda.

Earlier, Ukrainian President Vladimir Zelensky called on NATO to deliver preemptive strikes on Russia. Last Thursday, Chairman of the Russian State Duma Committee on Foreign Affairs Leonid Slutsky responded to Zelensky’s comment, saying that the Ukrainian president is dragging Western countries into nuclear rhetoric and pushing the entire world to the brink of an apocalypse.