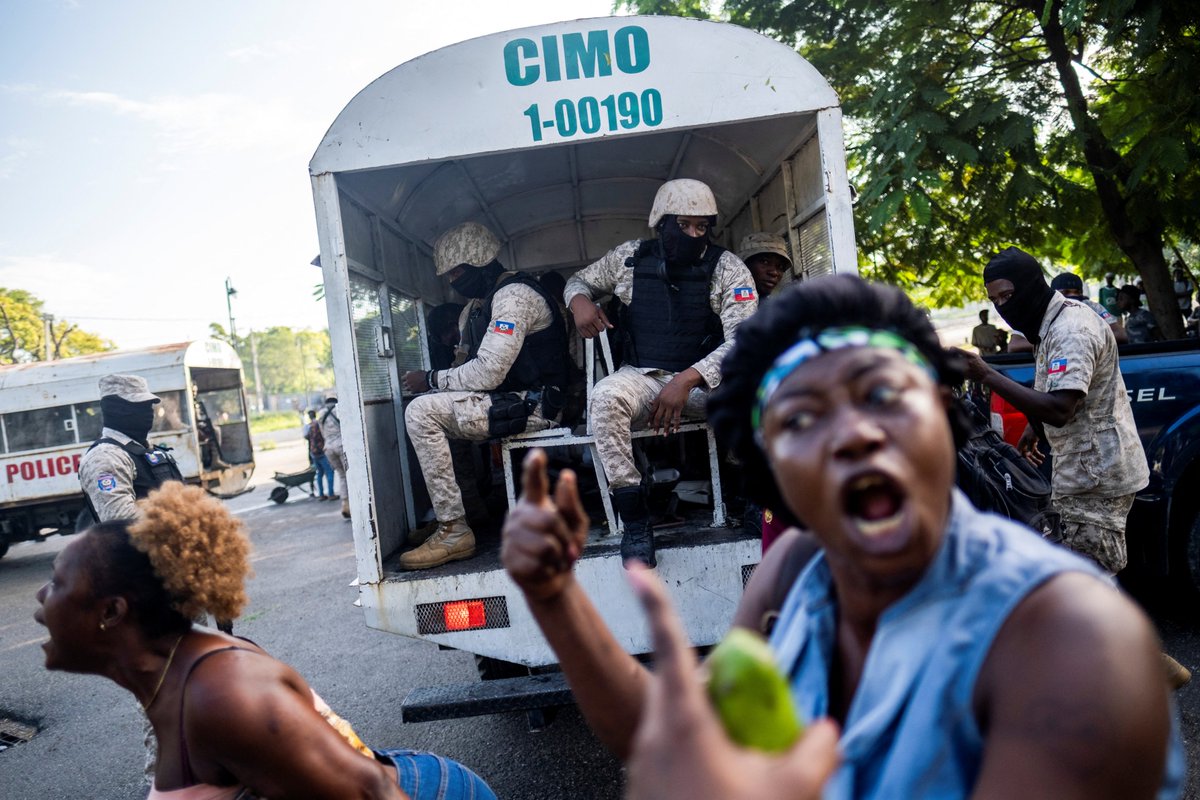 The United States is set to invade the island of Haiti following weeks of violent clashes between protesters and the Haitian National Police (HNP) enforcers for the Washington backed regime.

A coalition of protesters have prevented the distribution of diesel and gasoline for over a month to protest a plan to cut fuel subsidies. Most transport is halted, with looting and gang shootouts becoming increasingly common.

“This equipment will assist the HNP in their fight against criminal actors who are fomenting violence and disrupting the flow of critically needed humanitarian assistance, hindering efforts to halt the spread of cholera,” the U.S. and Canadian governments said in a joint statement.

UN Secretary-General Antonio Guterres has proposed that one or several countries send “a rapid action force” to help Haiti’s police remove a threat posed by the gangs, according to a letter to the Security Council, seen by the Reuters news agency.

Using the cholera epidemic as the pretext to take over the impoverished island, the US and Mexico-drafted resolution would take note of Guterres’ letter and encourage “the immediate deployment of a multinational rapid action force to support the HNP, as recommended in the Secretary-General’s letter.”

The U.N. Security Council is considering creating a sanctions regime to impose an asset freeze, travel ban and arms embargo on anyone who threatens the peace, security or stability of Haiti, according to a draft resolution seen by Reuters on Thursday.

The 15-member Security Council could vote as early as Monday on the draft resolution, diplomats said. To be adopted a resolution needs nine votes in favour and no vetoes by permanent members Russia, China, the United States, France or Britain.

With UN approval, the US and its partners in the Americas are ready to deploy troops and it will be the second time the UN will authorise the US to deploy troops to Haiti since the 1994 Operation Uphold Democracy designed to remove the military regime installed by the 1991 Haitian coup d’état that overthrew the elected President Jean-Bertrand Aristide.

Many locals are gearing up for massive demonstrations against US intervention.