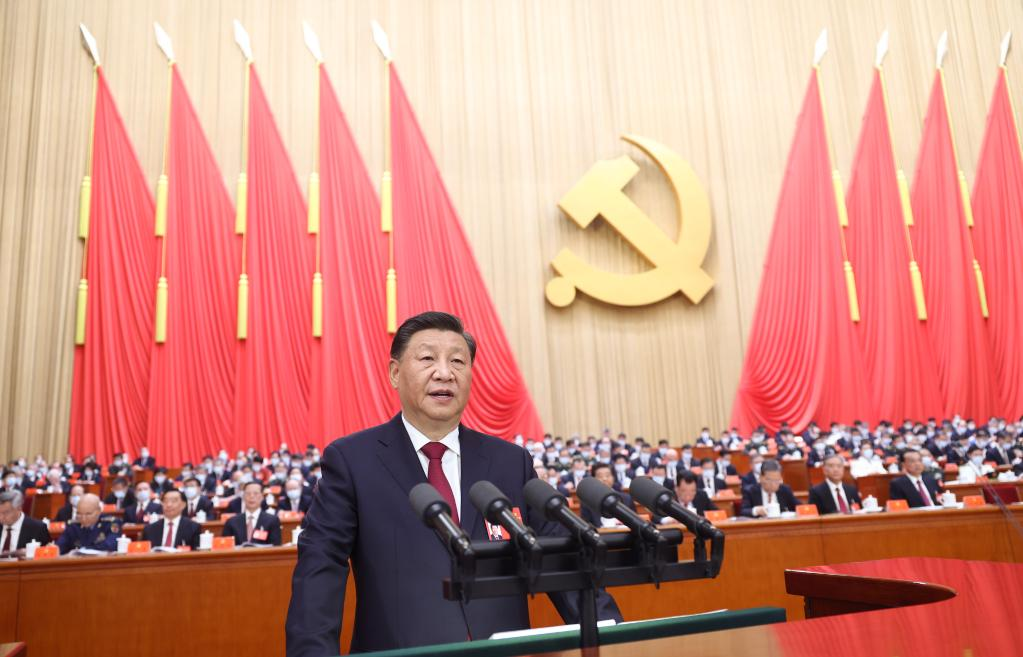 Chinese President Xi Jinping who is 69 years old is set to be voted in for a  third leadership term at the conclusion of the week-long congress that began on Sunday morning, fixing his place as China’s most powerful ruler since Mao Zedong.

Roughly 2,300 delegates from around the country gathered in the vast Great Hall of the People on the west side of Tiananmen Square amid tight security and under blue skies after several smoggy days in the Chinese capital Beijing to hear on the progress of the Chinese nation of 1.4 billion people.

Xi under the banner of Promises made and Promises fulfilled since the last party congress in 2012, said. “Our people have an ardent love for life. They wish to have better education, more stable jobs, more income, greater social security, better medical and health care, improved housing conditions, and a better environment. They want their children to have sound growth, have good jobs and lead a more enjoyable life. To meet their desire for a happy life is our mission.”

In his opening remarks, he explained China’s zero COVID policy while the rest of the world learns to live with the virus.

“National security is the bedrock of national rejuvenation, and social stability is a prerequisite for building a strong and prosperous China,” Xi said. “The Party will take coordinated steps to ensure external and internal security, homeland and public security, traditional and non-traditional security, as well as its own security and common security.

“We will innovate the guidance of military strategy, develop strategies and tactics of people’s war, build a strong system of strategic deterrent forces, raise the presence of combat forces in new domains and of new qualities, and deeply promote combat-oriented military training,” Xi said.

“We will continue to strive for peaceful reunification with the greatest sincerity and the utmost effort, but we will never promise to renounce the use of force, and we reserve the option of taking all measures necessary. This is directed solely at interference by outside forces and the few separatists seeking ‘Taiwan independence’ and their separatist activities; it is by no means targeted at our Taiwan compatriots,” he said. Which prompted a long and loud applause in the Great Hall of the People, indicating the strong opposition to Taiwan independence among party faithful.

The son of a Communist Party revolutionary, Xi has reinvigorated a party that had grown deeply corrupt and increasingly irrelevant, expanding its presence across all aspects of China, with Xi officially its “core”.

Xi did away with presidential term limits in 2018, clearing the way for him to break with the precedent of recent decades and rule for a third five-year term, or longer.

“I support the re-election of Xi Jinping to a third term with both hands,” Li Yinjiang, a delegate from Jiangsu province, told Reuters. “He can make our country strong and our people happy.”

The congress is expected to reconfirm Xi as party general secretary, China’s most powerful post, as well as chairman of the Central Military Commission. Xi’s presidency is up for renewal in March at the annual session of China’s parliament.

In the run-up to the congress, the Chinese capital stepped up security and COVID curbs, while steel mills in nearby Hebei province were instructed to cut back on operations to improve air quality, an industry source said.

The day after the congress ends on Saturday, Xi is expected to introduce his new Politburo Standing Committee, a seven-person leadership team. It will include the person who will replace Li Keqiang as premier when Li steps down from that post in March after serving the maximum two terms.