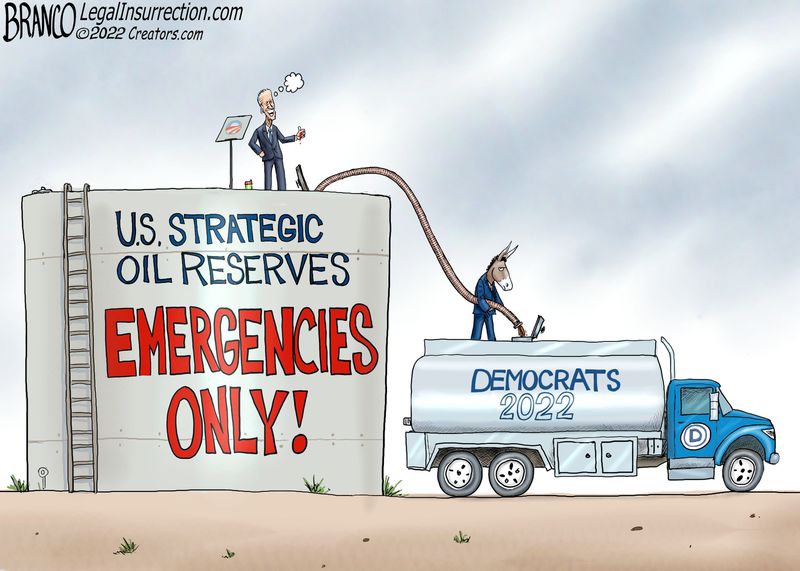 President Joe Biden is to sell million of barrels of crude oil from the United States Strategic Petroleum Reserve (SPR) starting Friday so as to bring down surging gas prices that are fuelling inflation before the mid term elections in November. Three White House sources confirmed Monday.

The US president and his Democrats, are hoping to retain control of Congress and must convince voters deeply concerned about high prices that they are the ones who can help bring inflation down, even as it occurred under their watch.

The White House will sell the remaining 14 million barrels from Biden’s previously announced, and largest ever, release from the reserve of 180 million barrels that started in May.

Biden said last week gasoline prices are too high and that he would have more to say about lowering costs this week. David Turk, his deputy energy secretary, also said last week the administration can tap the Strategic Petroleum Reserve, in coming weeks and months as necessary to stabilise oil.

“The administration has a small window ahead of midterms to try to lower fuel prices, or at least demonstrate that they are trying,” said a White House source. “The White House did not like $4 a gallon gas and it has signaled that it will take action to prevent that again.”

Average U.S. gasoline prices hit about $3.89 a gallon on Monday, up about 20 cents from a month ago and 56 cents higher than last year at this time, according to motor groups. Gasoline prices hit a record average above $5.00 in June.

Banning of oil and diesel exports to help European allies deal with their own energy crisis is reportedly off the table as it would bring western Europe to its knees and further increase prices stateside. \