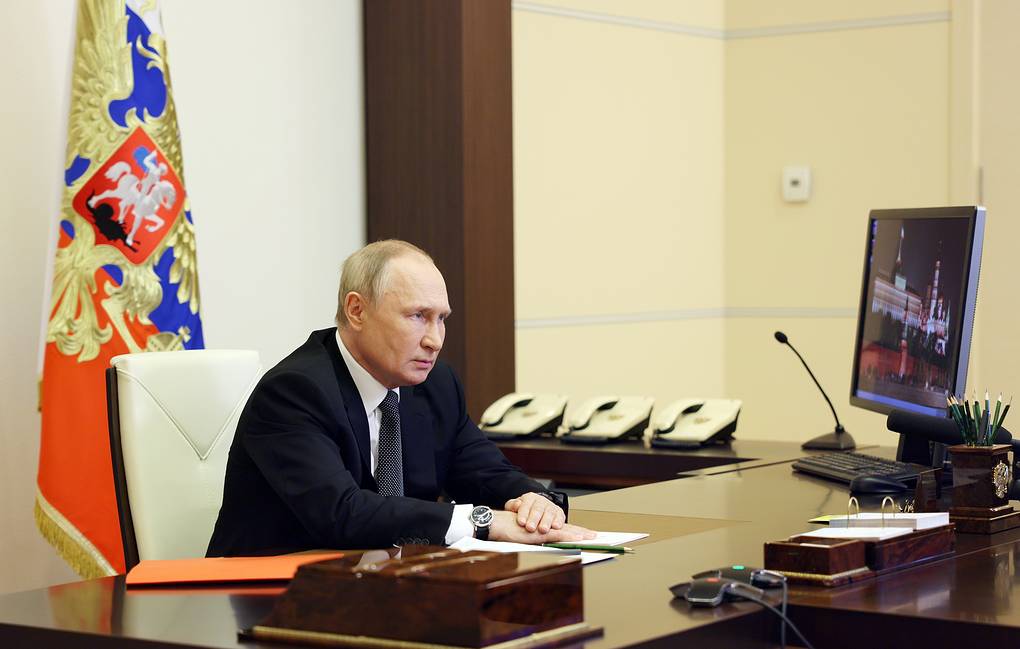 Martial law has been introduced in Russia’s four new regions, President Vladimir Putin told the Security Council of the Russian Federation, via video link from the Novo-Ogaryovo Presidential Retreat outside Moscow.

“I have signed a decree on the introduction of martial law in these four constituent entities of Russia (the Donetsk People’s Republic, the Lugansk People’s Republic, the Zaporozhye and Kherson Regions. It will immediately be sent to the Federation Council for approval. The State Duma has been notified of this decision,” Putin said at the meeting of the Security Council.

The president noted that martial law had been in effect in these territories before they joined Russia. “Now we need to formalize this regime in the framework of the Russian legislation,” he explained.

According to the presidential decree, martial law is introduced in the Donetsk and Lugansk people’s republics, and the Zaporozhye and Kherson regions from October 20. The maximum response level is in effect there.

Russia’s regions bordering Ukraine will observe a medium level of response, other regions of the Central and Southern federal districts – a level of higher readiness, and the other regions of Russia – the basic one.

“In the referendums the residents of the Donetsk and Lugansk people’s republics and the Zaporozhye and Kherson regions firmly and unequivocally expressed their will: they want to be together with Russia. Kiev has refused to recognise the people’s choice and rejects proposals for negotiations: shellings continue to claim the lives of civilians.The neo-Nazis openly terrorist methods and sabotage against life support facilities.” The Russian leader said.

“In a situation where military force is being used against the territorial integrity of Russia martial law will be introduced in the new territories of Russia starting from October 20 in accordance with the Constitution and martial law legislation.”

Putin also signed a corresponding decree, which “will immediately be sent to the Federation Council for approval. The State Duma has been notified of the decision.”

The authorities have a three-day deadline to submit their proposals for measures to be taken in the territories where martial law has been introduced.

In what could been as steps towards putting Russia on a war economy footing and a prolonged conflict or probable conflict with NATO. Putin also signed decrees making manufacture and supply of products for the special military operation a priority.

“A special council under Prime Minister Mikhail Mishustin is being created to coordinate work to improve security. The governors will be required to pay the necessary attention to the implementation of measures to ensure the people’s safety, as well as to the protection of critically important facilities, greater stability of the economy, and the organisation and expansion of the manufacturing of products necessary for the special military operation.” The presidential decree stated.