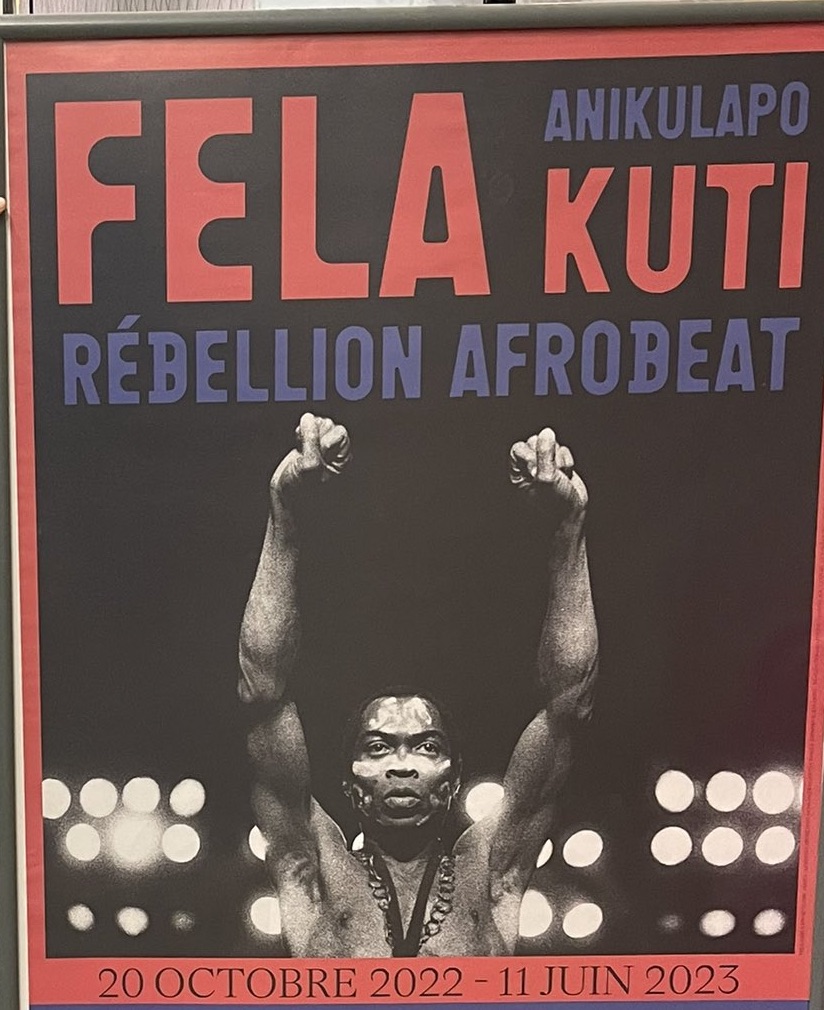 A colourful exhibition of the life and times of the Afrobeat pioneer Fela Kuti titled Fela Anikulapo Kuti Afrobeat Rebellion opened in Paris, Thursday at the Philaharmonie De Paris a $300 million dollar music museum in the heart of the famous city.

Fela Ransome Kuti as he was known before de-anglicisation of the family name when he became known as Fela Anikulapo Kuti was born in 1938 to an Anglican priest and a mother who was a well known political activist in Abeokuta.

Later moving to London to study music he formed his first band the Koola Lobitoes in the mid 1960s before moving to the United States for a playing tour during the Nigerian Civil War. Encountering the counter culture of the 1960s he was introduced to Malcolm X, the Black Panther Party by his African American girlfriend Sandra Smith.

He returned to Lagos calling his band the Afrika 70 and began performing a new genre of music he called afrobeat an eclectic mix of African grooves and New Orleans jazz with vocals in pidgin English the language widely spoken by the Nigerian underclass, harassing the socio-economic and political hierarchy of which he was part of blaming them for Africa’s woes.

Showing a fond love for marijuana and sex he was arrested for charges ranging from marijuana possession to murder.

Living with his mother in the family house now renamed the Kalakuta Republic and playing at the Afrika Shrine his nightclub, he was at the height of his fame and fortune when constant clashes between members of his Afrika 70 organisation and the military authorities led to the burning and sacking of the Kalakuta Republic.

Homeless for two years he eventually ended up living with his childhood friend the late JK Brimah in a two bed room flat with his wives and entourage. Many pictures displayed at the exhibition showed how he lived in the mid 80s before he was arrested and jailed for currency trafficking in 1984.

The drawback of the exhibition that it does not go further than the glory years of 1975-1986. It neglects the narration of the changes that occurred to Fela, his meeting with the spiritualist Professor Hindu, the renaming of the band from Afrika 70 to Egypt 80, his stint in jail for alleged murder and dying in a lonely hospital room from AIDS in the late 1990s.