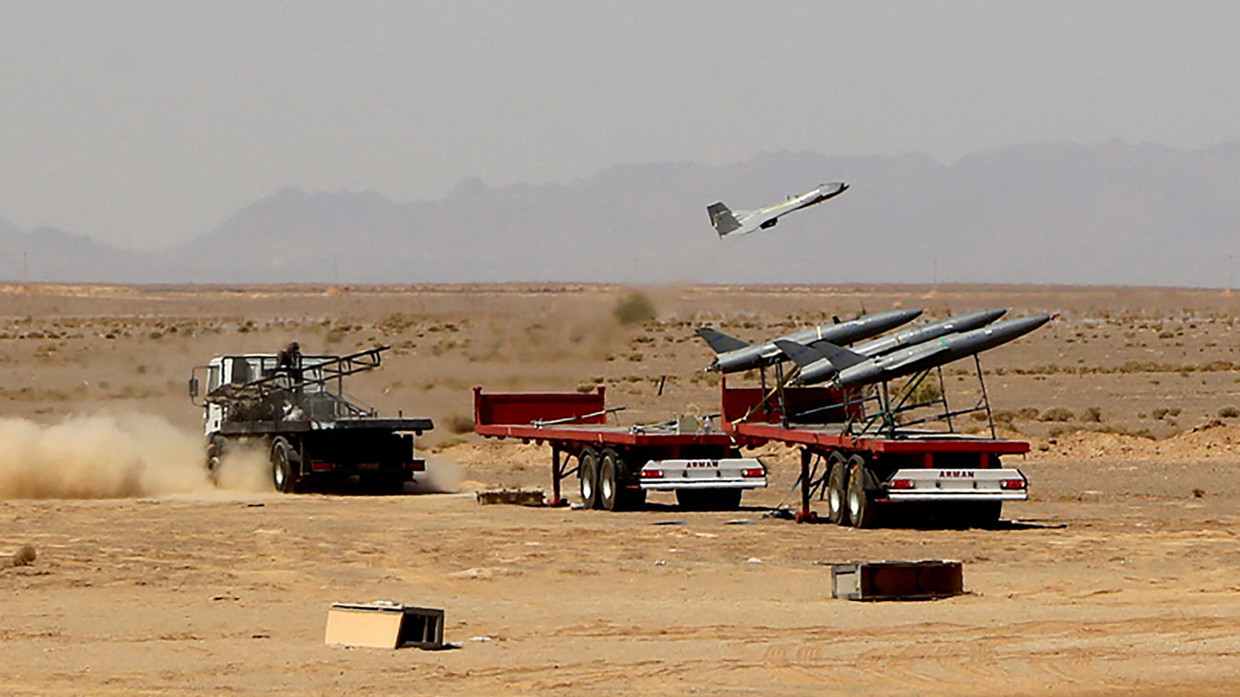 The Supreme Leader of Iran Ayatollah Ali Khamenei has praised the country’s “dangerous” drones and mocked the North Atlantic Treaty Organisation (NATO) for initially dismissing its UAV program as a propaganda stunt. The Supreme Leader made the remarks on Wednesday while speaking to Iranian academics and intellectuals.

“When images of Iranian drones were published a few years ago, they would say they’re photo-shopped. Now they say Iranian drones are dangerous, why do you sell them to someone?” Khamenei said as quoted by local media.

Khamenei was apparently referring to widespread allegations that Tehran is supplying suicide drones to Russia amid the conflict with Ukraine. Moscow has been actively using the Geran-2 (Geranium-2) suicide drones in recent weeks to strike critical infrastructure and military targets in Ukraine. Footage of the drones and wreckage collected by the Ukrainians suggest that they closely resemble the Iranian-made Shahed-136.

Kiev and some of its Western backers have directly accused Iran of supplying Geran-2 drones to Russia. Ukrainian President Vladimir Zelensky claimed last week that Russia had acquired as many as 2,400 of the UAVs.

Washington has accused Iran of breaching the terms of the 2015 nuclear deal with the alleged deliveries of the kamikaze drones to Moscow.

“Earlier today our French and British allies publicly offered the assessment that Iran’s supply of these UAVs [to] Russia is a violation of UN Security Council resolution 2231,” US State Department spokesman Vedant Patel told reporters on Monday. The resolution includes embargoes on Iranian arms exports, and while the US unilaterally pulled out of the deal in 2018, Washington argues that the embargo on missile parts applies to drone exports as well, and that it is valid until 2023.

Both Moscow and Tehran, however, have denied such deliveries have taken place. On Tuesday, Kremlin spokesman Dmitry Peskov said all the weaponry used in Ukraine comes from Russia’s domestic stockpiles.