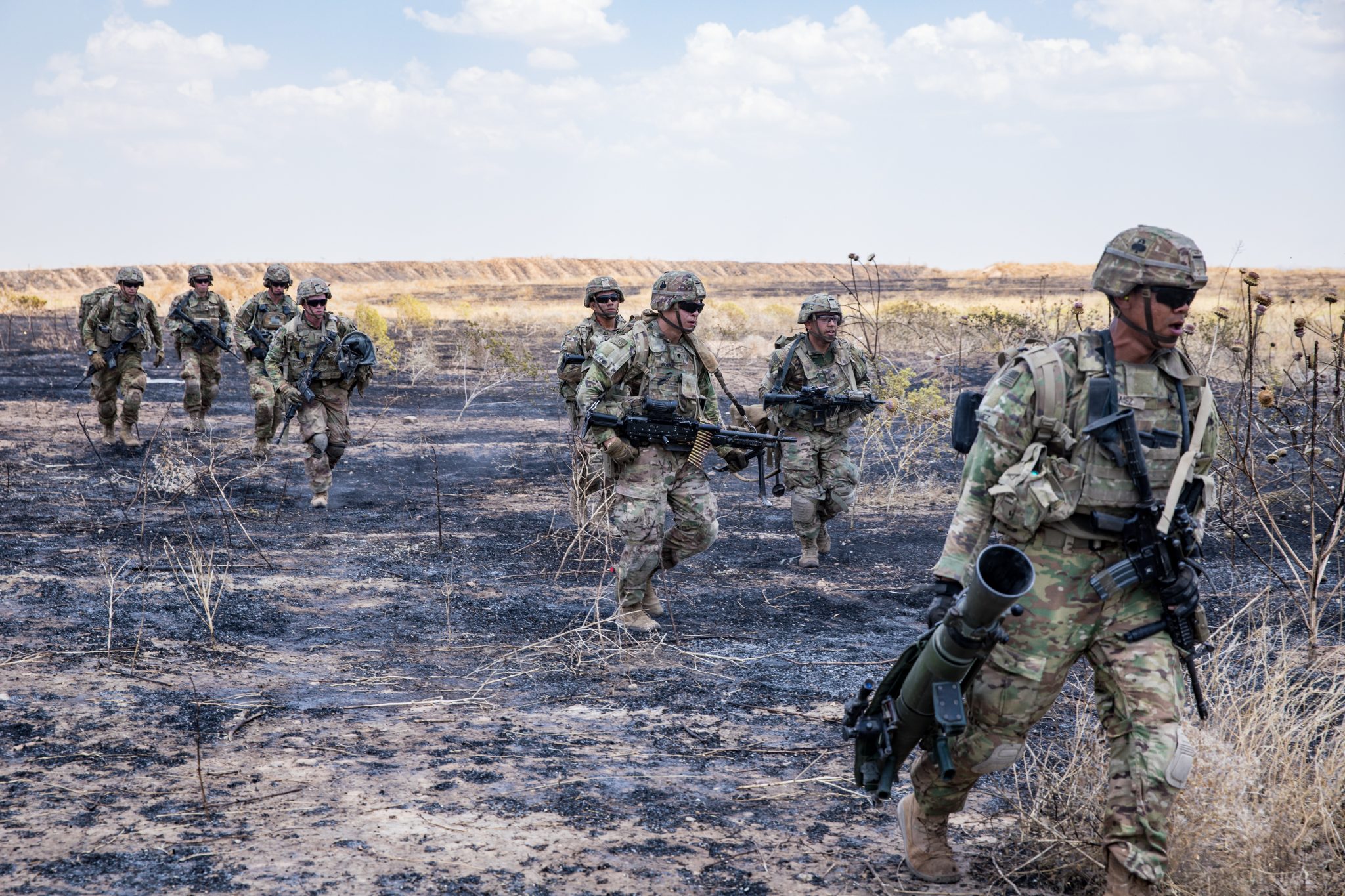 The United States military is practising for World War III as the US 101st Airborne Division known as the “Screaming Eagles” are poised to enter Ukraine in the event of further escalation or the Russians attack NATO territory.  CBS News reported Friday, citing the division’s command staff.

“We’re ready to defend every inch of NATO soil,” the light infantry division’s Deputy Commander Brigadier General John Lubas said, as cited by the media outlet. Commander of the 2nd Brigade Combat Team Colonel Edwin Matthaidess, in turn, noted that his troops, deployed to Romania, have been “closely watching” the Russian forces, “building objectives to practice against” and conducting drills that “replicate exactly what’s going on” in the war.

“In all, about 4,700 soldiers from the 101st Airborne’s home base in Fort Campbell, Kentucky, have been deployed to reinforce NATO’s eastern flank,” CBS News noted.

“The commanders told CBS News repeatedly that they are always ‘ready to fight tonight,’ and while they’re there to defend NATO territory, if the fighting escalates or there’s any attack on NATO, they’re fully prepared to cross the border into Ukraine,” the media outlet added.

Also on Friday, Russian Defense Minister Sergey Shoigu has had rare direct contact with US Secretary of Defense Lloyd Austin, the Russian military reported on Friday.

According to the short readout, the two top officials “discussed issues of international security, including the situation in Ukraine” over the phone.

The Pentagon confirmed the contact with the Russian defense minister on Friday, stating that its chief had “emphasised the importance of maintaining lines of communication” amid the ongoing conflict in Ukraine.

Bilateral contacts between Russian and American officials have been on the decline for years and have become very rare since the Ukraine crisis, according to both governments.

Washington claims that Moscow’s military campaign was unprovoked and has pledged to help Kiev “for as long as it takes” to defeat the Russian troops. The administration of US President Joe Biden has declared Russia’s strategic defeat as a foreign policy goal.

Russia accused the US of escalating tensions over Ukraine to a point at which it had no option but military action. According to Moscow, NATO was conducting a clandestine expansion into Ukraine, compromising Russian national security, and repeatedly refused to address Moscow’s concerns.

The US has imposed numerous economic sanctions on Russia. It also has been arming and funding the Ukrainian government. In late September, the Biden administration announced the country would provide an additional $1.1 billion in military aid to Ukraine. The total value of assistance provided under Biden has hit nearly $17 billion.