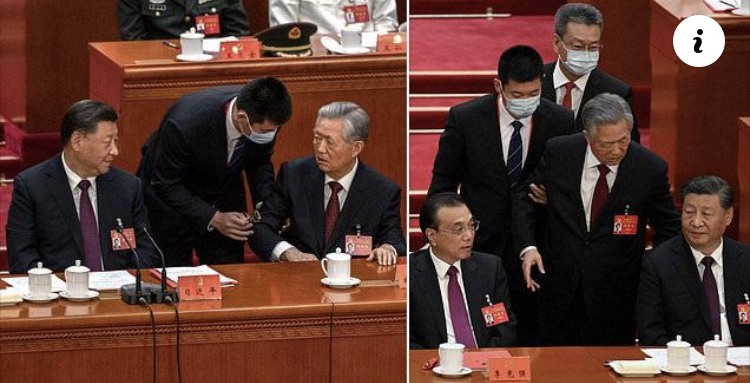 Taiwan independence off the table as Xi consolidates power

The Chinese Communist Party passed amendments to its constitution on Saturday, further cementing President Xi Jinping’s power ahead of what is expected to be his precedent-breaking third term as party general secretary.enshrining opposition to Taiwanese independence and highlighting efforts to boost Beijing’s military potential.

As the week-long 20th National Congress of the Communist Party concluded in Beijing, its delegates adopted a resolution altering the party’s main document and reinforcing its stance on a number of issues.

The party constitution, or charter, is a document of ultimate authority by which all 96 million party members must abide, and amendments remain effective indefinitely.

Xi also amended the constitution in 2017, when he incorporated an ideology with his name – Xi Jinping Thought on Socialism with Chinese Characteristics in the New Era – into the constitution, putting him on par with leaders Mao Zedong and Deng Xiaoping.

The Congress “agrees to include in the Party Constitution statements on… resolutely opposing and deterring separatists seeking ‘Taiwan independence’,” the resolution said.

It also emphasized the need to “steadfastly implement the principle of one country and two systems,” which allows Hong Kong and Taiwan to live under a capitalist system while mainland China officially adheres to socialist principles.

The amendments also stated that the party would endeavor to enhance China’s military capabilities by introducing reforms and scientific advances, and embracing new talent. Ultimately, Beijing aims to turn its military into “a world-class army.” Earlier, Chinese President Xi Jinping promised that this goal would be reached by 2027.

The resolution on Taiwan comes a week after the Chinese leader said that while Beijing seeks “peaceful reunification”with the self-governed island, he could not “promise to give up the use of force” and reserves the option “to take all necessary measures.”

Following his remarks, the office of Taiwan’s President Tsai Ing-wen stressed that Taipei would not back down on its sovereignty and democratic system, adding that a military stand-off between Taiwan and China is “definitely not an option for both sides.”

Tensions in the region have been running high since the controversial visit by US House Speaker Nancy Pelosi to Taipei in early August. The trip sent relations between Washington and Beijing into a tailspin, and triggered a flurry of Chinese military activity in the area.

Taiwan has been self-governed since nationalist forces led by Chiang Kai-shek fled to the island in 1949, after they lost the civil war to the Communists. Beijing considers the island its territory and views visits by high-ranking foreign officials as attacks on its sovereignty and a violation of the ‘One China’ principle.