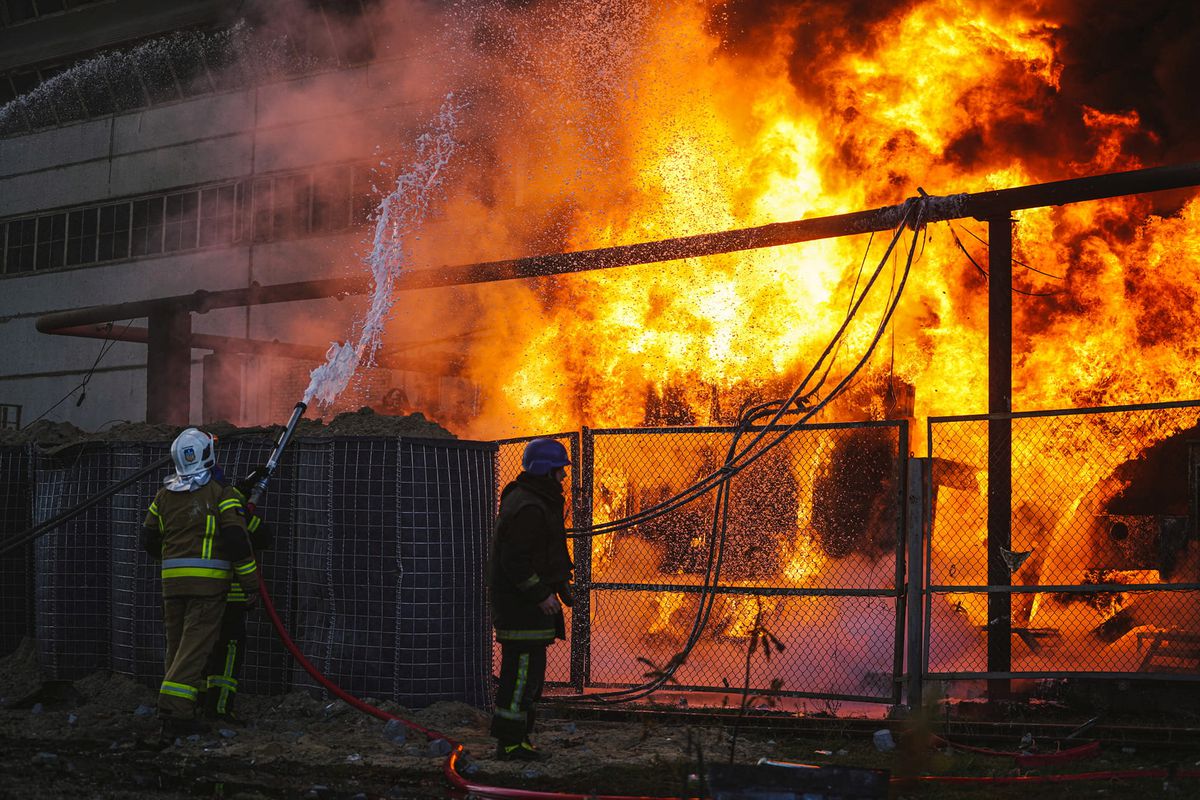 Russian Kalibr missiles and Geranium suicide drones continue to hit Ukrainian critical infrastructure Saturday causing rolling blackouts across the country. President Volodymyr Zelensky said the Russian attacks had struck on a “very wide” scale. He pledged that his military would improve on an already good record of downing missiles with help from its partners.

Kiev had asked the United States for the Patriot air defense system, and from Israel for the Iron Dome. But Washington fears that their advanced complex would fall into the hands of the Russians, and Tel Aviv does not want to spoil relations with Moscow.

Since April, Western countries have been supplying Kiev with portable anti-aircraft missile systems – the American Stinger, the British Starstreak and Martlet, as well as the Soviet “Needles” from the arsenals of Eastern European countries. In addition, the Armed Forces of Ukraine received more than 30 Gepard anti-aircraft self-propelled guns from Germany. Neither MANPADS nor outdated cannon ZSUs are capable of seriously resisting massive missile strikes, making the help rather symbolic.

A battery of German IRIS-T air defense systems arrived in Ukraine – three launchers of eight missiles each. Three more will arrive in the coming months as the North Atlantic Treaty Organisation (NATO) tries to create an integrated air defence for Ukraine.

Military expert Yuri Knutov speaking to RIA Novosti said the Ukrainian crew will have to be trained to operate the NATO air defence complexes which will take time.

“What Ukraine has is old Soviet developments: S-300P, Buk-M1, S-300V, even S-125 are ancient systems, they modernized them,” Knutov explains. “The last massive missile strike showed that the air defense failed: almost all the targets were destroyed. Now the NATO system will be created, it does not fit in with the current one. Everything will have to be completely purchased abroad – radar stations, anti-aircraft missile systems of various ranges.”

The expert emphasized that the main targets for the updated air defense system will be cruise missiles and kamikaze attack drones. Several IRIS-Ts may well cover a large city.

The unified air defence system of NATO countries is provided by NASAMS and the IRIS-T.

“A significant role in the updated unified air defense system of NATO countries is assigned to NASAMS and IRIS-T, so Germany and alliance allies are striving to test them in conjunction with satellite and aerial reconnaissance, united by a single command line,” says military expert Alexei Leonkov.

“From this point of view, the task of protecting the sky is not paramount. What is more important is how exactly the Armed Forces of Ukraine will use the delivered copies – in urban areas, fields, forest belts. Moreover, Russian aircraft have aviation weapons that allow them to perform tasks without entering the zone of operation of Western air defence systems.” Leonkov added.

It is not yet clear whether Kiev, with the help of its NATO allies, will be able to create an effective air shield. It is obvious that a few batteries, at best, will cover two-thirds of a city.

Since Oct. 10, Russia airstrikes have devastated half of Ukraines’s thermal power generation and up to 40% of the entire system.