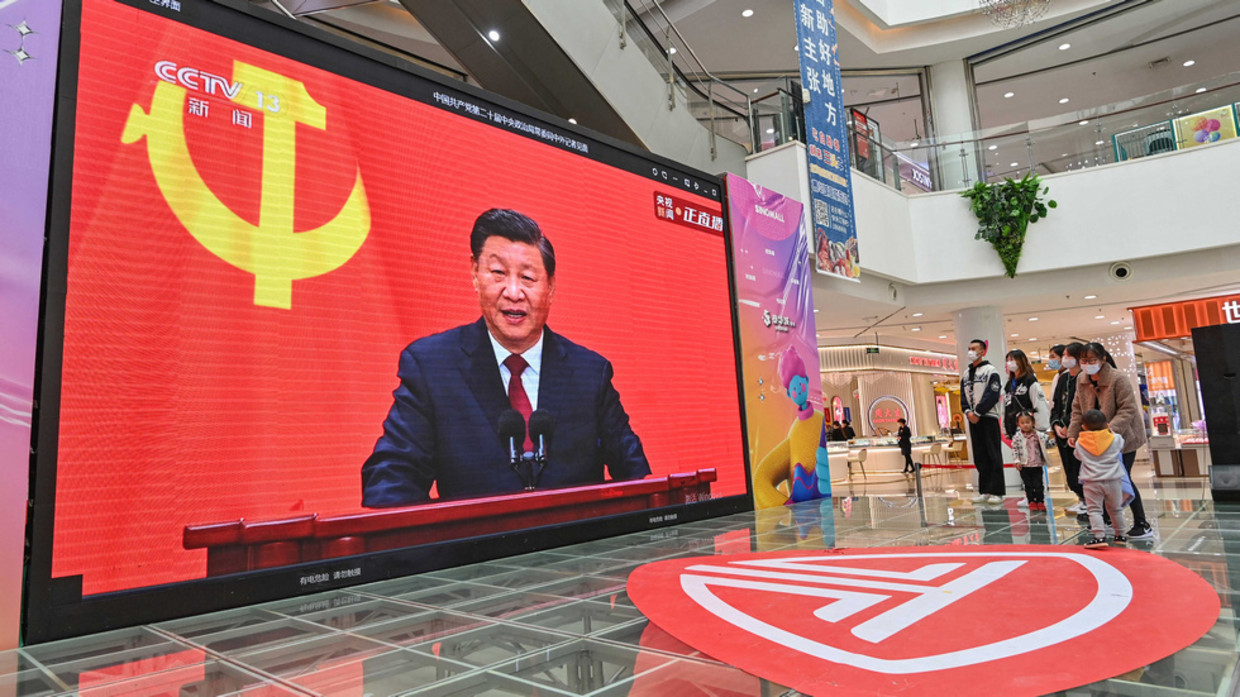 President Xi Jinping was re-elected as leader of the Chinese Communist Party (CCP) on Sunday, retaining the position for an unprecedented third term.

Xi, who has now secured another five years in power, will also retain his role as chairman of the Central Military Commission, the highest defense body in charge of the People’s Liberation Army.

The leader or general secretary of the CCP, as well as the chairman of the Central Military Commission, are considered more important roles in China than that of the president, which is largely a ceremonial position. It is also held by Xi Jinping, and he is widely expected to retain this title next year.

The Central Committee also picked members of the new Politburo Standing Committee, China’s most powerful decision-making body, which comprises seven people. Along with Xi Jinping, the committee will also consist of Li Qiang, Zhao Leji, Wang Huning, Cai Qi, Li Xi and Ding Xuexiang – all of whom are described as allies of the president.

Xi introduced the new members of the Politburo Standing Committee as he led them onto the stage at Beijing’s Great Hall of the People to meet the press.

I wish to thank the whole party sincerely for the trust you have placed in us,” Xi said, promising that his team would “work diligently” to prove “worthy of the great trust of our party and our people.”

Xi’s reelection came after a weeklong 20th National Congress of the CCP concluded in Beijing on Saturday. Congress delegates approved amendments to its constitution, which reiterated its opposition to Taiwanese independence and confirmed plans to enhance China’s military potential.

Meanwhile, as Xi secured an unprecedented third term, an unusual incident at the closing session of the Congress attracted public attention. Videos posted on social media appeared to show former Chinese president Hu Jintao reluctantly leaving a key meeting after being urged to do so by two men.

Some Western media reported that Hu, who was apparently opposed to Xi’s re-election, was “escorted out” of the Congress. However, Chinese media insisted that the former leader “was not feeling well” and had to take a rest.

Close ally Russia sent its congratulations after the election. “The results of the Party Congress fully confirm your high political authority, as well as the unity of the party you lead,” Putin told Xi, according to the Kremlin’s website.

The Russian president said he was confident that Xi’s reappointment would “strengthen China’s position in the international arena” and help the country realise its vast domestic investment and development plans, the Kremlin said.

The last CCP official to rule China for more than two terms was Mao Zedong, who served as the party’s chairman between 1943 and 1976.

Japanese media report that China has begun hoarding gold as it accelerates de-dollarisation Central banks across the world have stepped...