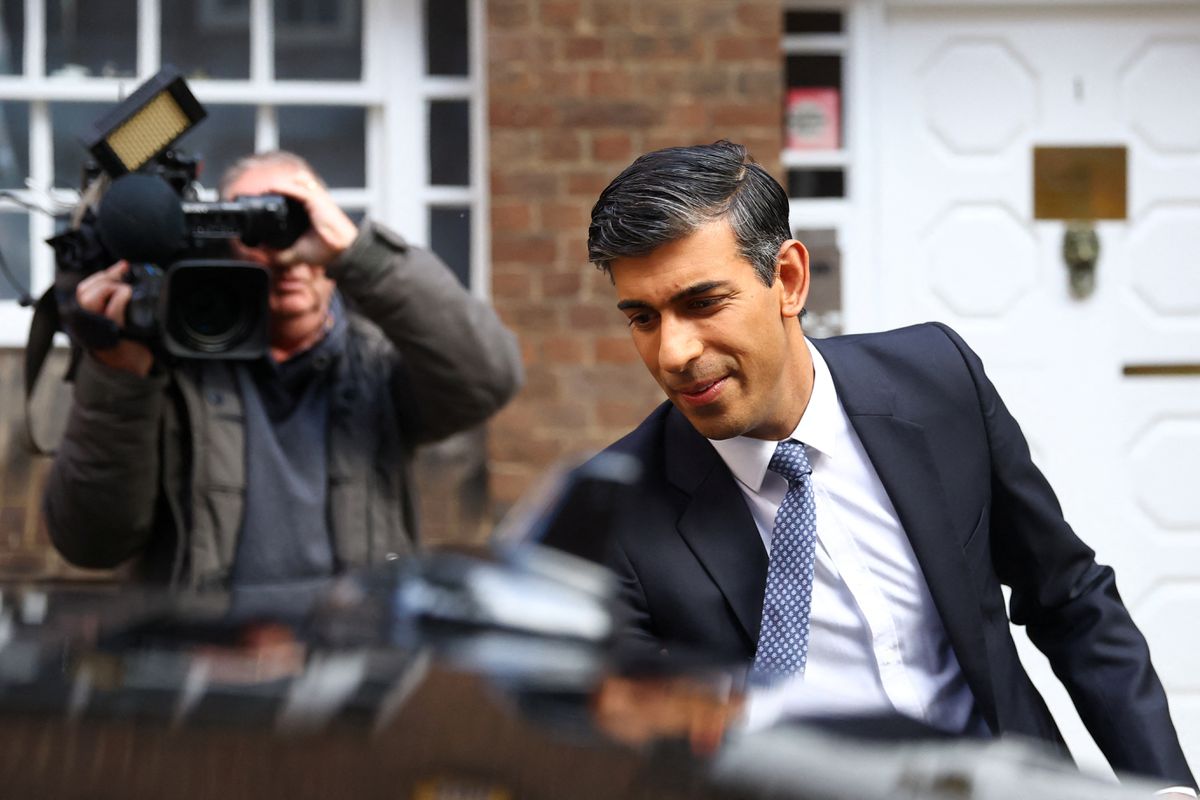 Rishi Sunak was elected the leader of the Conservative Party, Monday and is now set to be the next Prime Minister of the United Kingdom after he sees King Charles III.

He defeated centrist politician Penny Mordaunt, who failed to get enough backing from lawmakers to enter the ballot, while his rival, the former prime minister Boris Johnson, withdrew from the contest saying he could no longer unite the party.

“This decision is an historic one and shows, once again, the diversity and talent of our party,” Mordaunt said in a statement as she withdrew from the race just minutes before the winner was due to be announced. “Rishi has my full support.”

Many Indians are delighted at the prospect of Rishi Sunak becoming the first person of Indian origin to become British prime minister on, just as Hindus across the world celebrate Diwali. Many British Pakistani Conservatives balk at the idea of Sunak as PM.

Boris Johnson pulled out of the prime ministerial race late on Sunday, boosting Sunak’s chances of taking the top job and replacing his Conservative party leadership rival Liz Truss, who quit after a month and a half as her support evaporated.

Some Indians said on social media that Sunak becoming prime minister this year would be even more special as India recently celebrated 75 years of its independence from British colonial rule.

“This (Diwali) is very special for India’s magnificent cricket victory and in all likelihood, Rishi Sunak, a person of Indian origin, a practising Hindu and our own Narayana Murthy’s son-in-law, becoming prime minister of UK,” Chennai resident D. Muthukrishnan wrote on Twitter, referring to the founder of Indian software giant Infosys Ltd.

“Rishi Sunak took oath as an MP on (Hindu holy book) Bhagavad Gita. If he repeats the same for taking oath as prime minister, what a day it is for India, that too on our 75th year of independence from Britain.”

Former British finance minister Sunak, 42, is a practising Hindu and is known to celebrate the festival of lights. He has also been photographed lighting candles outside No 11 Downing Street to mark the occasion.

Indians typically take immense pride when those who trace their roots to the nation of 1.4 billion people do well abroad, including figures such as U.S. Vice President Kamala Harris, Microsoft CEO Satya Nadella and Alphabet CEO Sundar Pichai.

Some Indians are hoping for closer British-Indian ties if Sunak does become prime minister.

“@RishiSunak becoming the British PM will be a great Diwali gift for UK, & a reason for celebration in India,” former Indian diplomat Rajiv Dogra wrote on Twitter.

Sunak’s family migrated in the 1960s to Britain, which ruled India for about 200 years before the South Asian country gained independence in 1947 after a long struggle led by Mahatma Gandhi.

Revelations that Sunak’s wife Akshata Murthy, an Indian citizen, had not been paying British tax on her foreign income through her “non-domiciled” status – available to foreign nationals who do not see Britain as their permanent home – hurt Sunak ahead of his race against Truss in the summer.

Murthy, who owns a 0.9% stake in Infosys, later said she would start to pay British tax on her global income.

Sunak now has the herculean task of steering a deeply divided country through an economic downturn set to leave millions of people poorer.