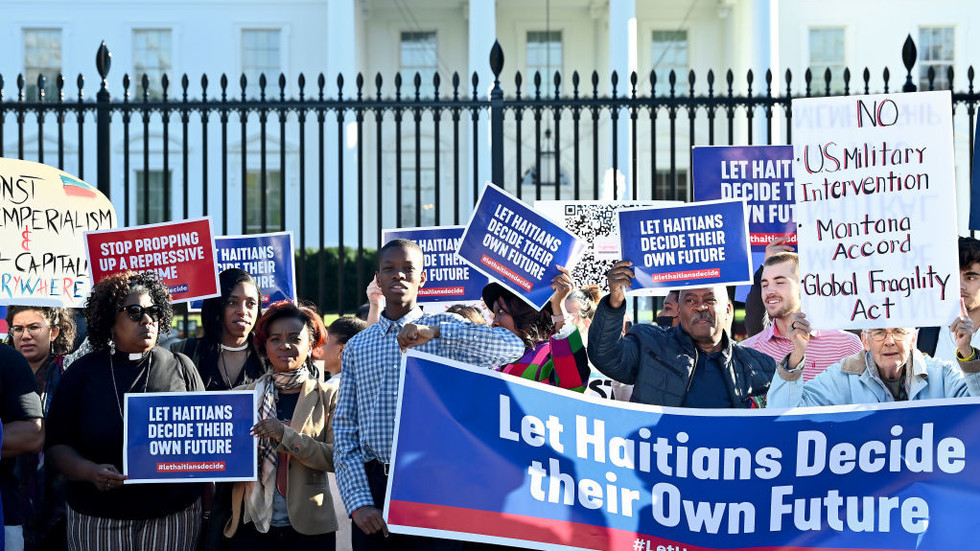 US cannot find allies for an intervention mission in Haiti

The US is struggling to find allies for a military intervention in Haiti to stem the armed protest against the Washington installed regime. US media reported Wednesday. President Joe Biden’s administration is reluctant to send troops itself, especially with US congressional midterm elections approaching in just two weeks.

Officials are debating whether to scrap a draft UN Security Council Resolution calling for deployment of a multinational “rapid action force” to Haiti because no country has agreed to commit troops to the venture, the Miami Herald reported on Wednesday, citing unidentified people familiar with the matter. France, Canada and Brazil are among the US allies that have balked at sending military forces to Haiti.

“There’s been no progress getting partners to volunteer. No one is stepping up,” the newspaper cited one source as saying, calling the failure a “diplomatic setback.”

The US plan was to urge other countries to send troops to Haiti and to support them with equipment and training. Allies have been frustrated that Washington has declined to contribute some of its own forces to the effort, the Herald said, while some Security Council members have demanded a firm plan in writing before voting on any Haiti resolution. At least two members of the UN’s top governing body, Russia and China, have expressed concerns about the proposed intervention.

“Meddling in the political processes in Haiti, bringing the country under the control of ambitions of known regional players, which consider the American continent as their interior court, is unacceptable,” Moscow’s deputy permanent representative to the UN, Dmitry Polyansky, said last week.

Earlier this month, Haitian Prime Minister Ariel Henry and 18 members of his cabinet requested the deployment of foreign troops to help push back gangs and restore the flow of food, fuel and water supplies. Demonstrators have blocked roads, decrying rising fuel prices and demanding Henry’s resignation.