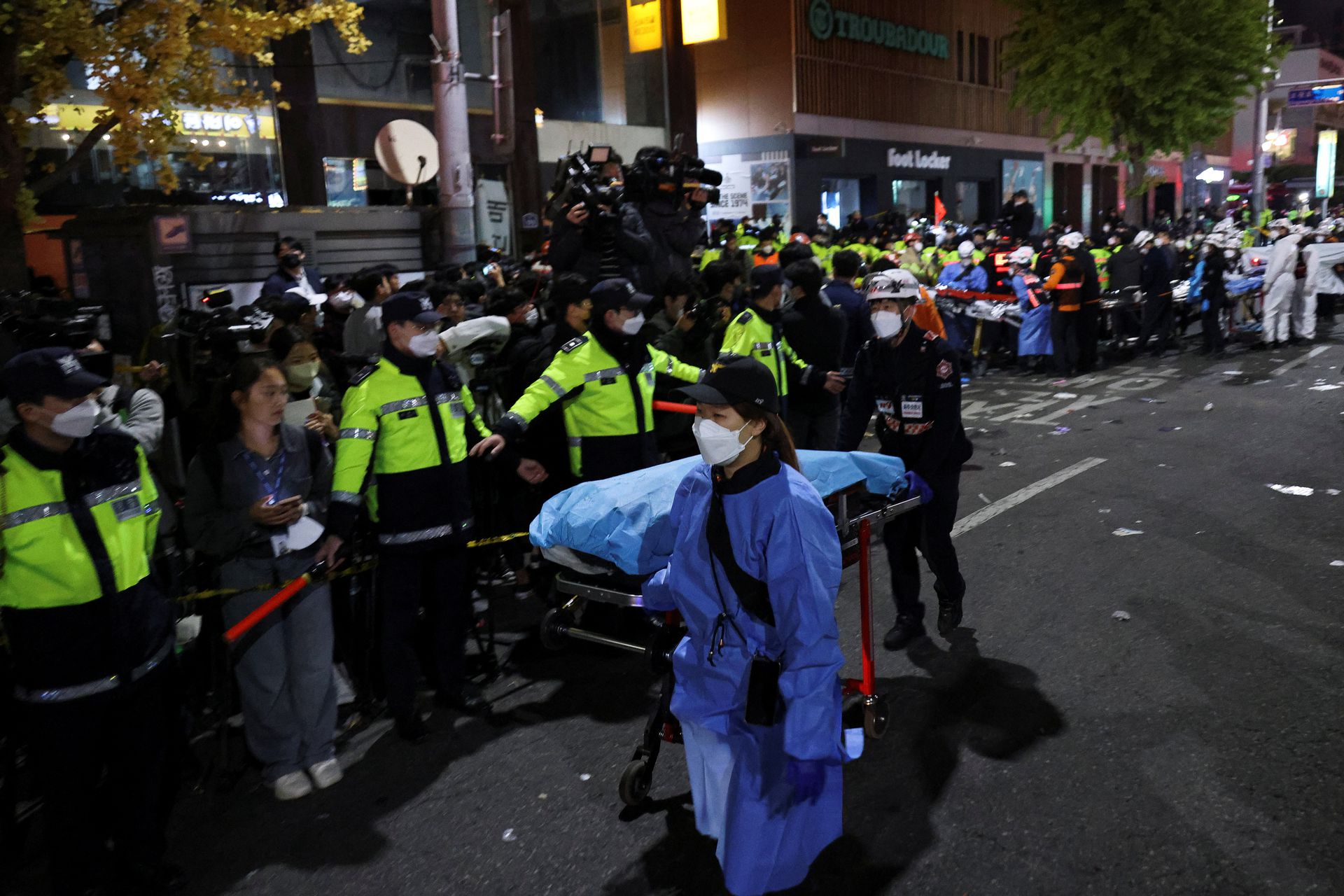 More than 146 people were killed in a stampede when a huge crowd celebrating Halloween crammed into an alley in a night life area of the South Korean capital Seoul on Saturday night, emergency officials said.

Horror Party. People receive medical help from rescue team members at the scene where dozens of people were injured in a stampede during a Halloween festival in Seoul, South Korea, October 29, 2022. REUTERS/Kim Hong-ji

A further 150 people were injured in the crush in Seoul’s Itaewon district, Choi Sung-beom, head of the Yongsan Fire Station, said in a briefing at the scene.

Many of the injured were in serious condition and receiving emergency treatment, the officials said. Many of the party-goers were wearing masks and Halloween costumes.

“A number of people fell during a Halloween festival, and we have a large number of casualties,” Choi said. Many of those killed were near a nightclub, he said.

Many of the victims were women in their twenties, Choi said.

Witnesses described chaotic scenes moments before the stampede, with the police on hand in anticipation of the Halloween event at times having trouble maintaining control of the crowds.

Social media footage showed hundreds of people packed in the narrow, sloped alley crushed and immobile as emergency officials and police tried to pull them to free.

One woman heard on a social media post cries out in English: “Oh my God, oh my God, Jesus fucking Christ.”

Other footage showed chaotic scenes of fire officials and citizens treating dozens of people who appeared to be unconscious.

It was the first Halloween event in three years after the country lifted COVID restrictions and social distancing. Some witnesses described the crowd becoming increasingly unruly and agitated as the evening deepened.

The Itaewon district is popular with young South Koreans and expatriates alike, its dozens of bars and restaurants packed on Saturday for Halloween after businesses had suffered a sharp decline over three years of the pandemic.

Curfew on bars and restaurants and a limit of 10 people for private gatherings were lifted in April. An outdoor mask mandate was dropped in May.

“The area is still chaotic so we are still trying to figure out the exact number of people injured,” said Moon Hyun-joo, an official at the National Fire Agency.

Foreigners were among those transferred to nearby hospitals.

Authorities said they were investigating the exact cause of the incident.

Speaker of State Duma says move is stop the spread of western darkness in Russia and defend traditional values Russia’s...