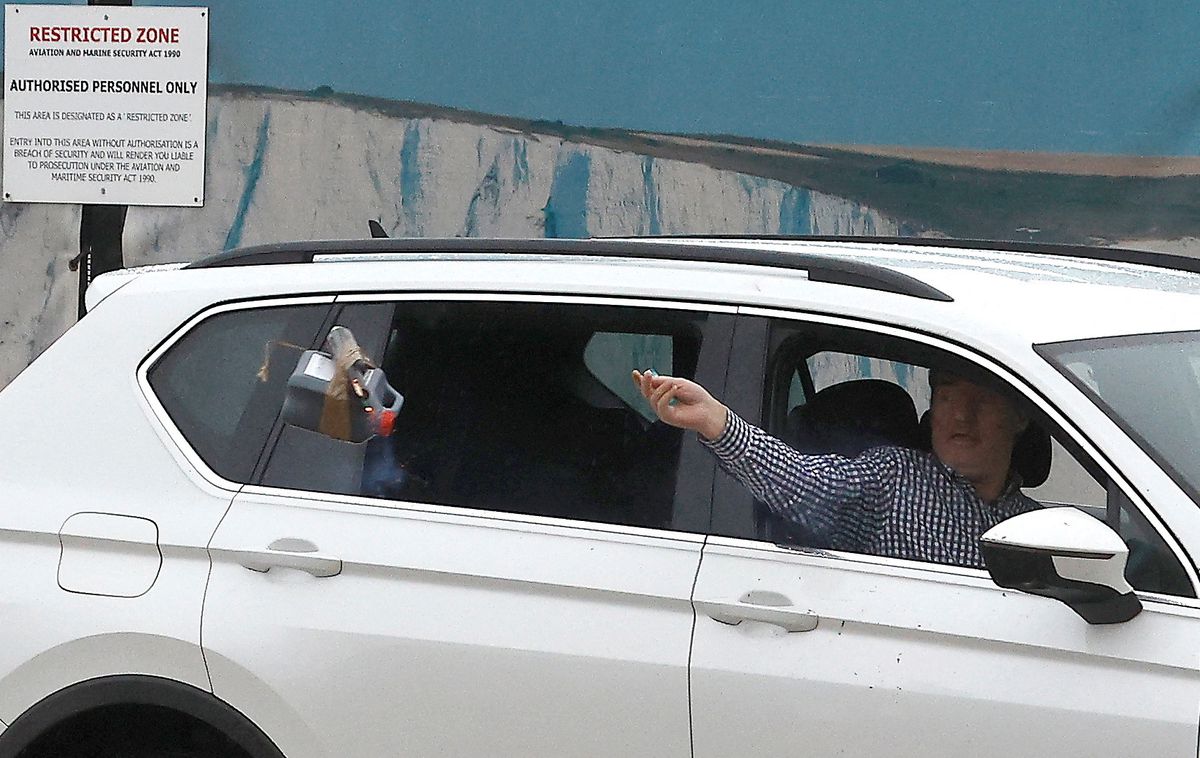 A man threw petrol bombs attached with fireworks at a centre for processing migrants in the southern English port of Dover on Sunday and then killed himself, a Reuters photographer said.

The attacker, a white man in a checked shirt, drove up to the centre in a white SEAT sports utility vehicle at around 1120 GMT. He got out and threw three petrol bombs, one of which failed to go off, the photographer said.

He then drove to a nearby petrol station, tied an improvised noose around his neck, attached it to a metal pole and drove off, killing himself, the photographer said.

“Officers established that two to three incendiary devices had been thrown into a Home Office immigration premises,” Kent Police said in a statement.

“One minor injury has been reported. The suspect has been identified and located. Enquiries into the incident remain ongoing.”

Video posted on social media by a GB News journalist showed staff putting out a small fire on the centre’s exterior wall.

The attack comes in the midst of a highly charged political debate about immigration in Britain.

The number of people attempting the dangerous crossing over the Channel to enter Britain has risen sharply. The government is facing criticism from some quarters that border controls are too weak, while charities and human rights groups say asylum seekers are being treated inhumanely.

On Saturday, the Times reported that decisions made by Home Secretary Suella Braverman led directly to overcrowding and outbreaks of scabies and diphtheria at a different migrant processing centre in Kent, citing multiple government sources.