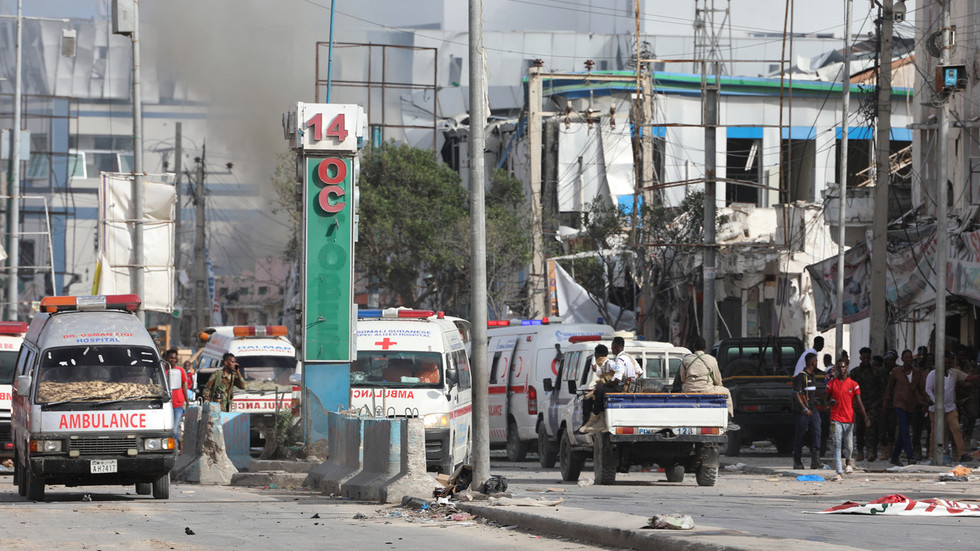 At least 100 people were killed and over 300 wounded in twin car bombings in Somalia’s capital Mogadishu on Saturday, the East African country’s president has said.

Hassan Sheikh Mohamud announced the figures on Sunday, warning that “the number for both the death and wounded continues to increase.”

The first blast targeted the Education Ministry located near the busy Zobe junction in the capital, with the second bomb going off minutes later as ambulances arrived and people gathered to assist the wounded.

Witnesses said many of the victims were women, and some were children. The same area was the scene of a major terrorist attack in 2017, when an explosive-laden truck blew up, killing more than 500 people.

The president described the fresh bombings as “history,” saying: “it is the same place, and the same innocent people involved.”

No group has claimed responsibility for the attacks, but Mohamud has blamed them on the militant group Al-Shabaab. “This is not right. God willing, they will not be having an ability to do another Zobe incident,” he said.

The twin bombings occurred on the same day that Somalia’s president, prime minister and other senior officials gathered to discuss efforts to tackle violent extremism in the country. When he came to power in May, Mohamud vowed to wage an “all-out war” against jihadists, launching a major offensive against Al-Shabaab.

The al-Qaeda-affiliated group was driven out of Mogadishu in 2011 by African Union forces, but still controls large areas of the countryside and frequently stages bombings and gun attacks in Mogadishu and other parts of the country.