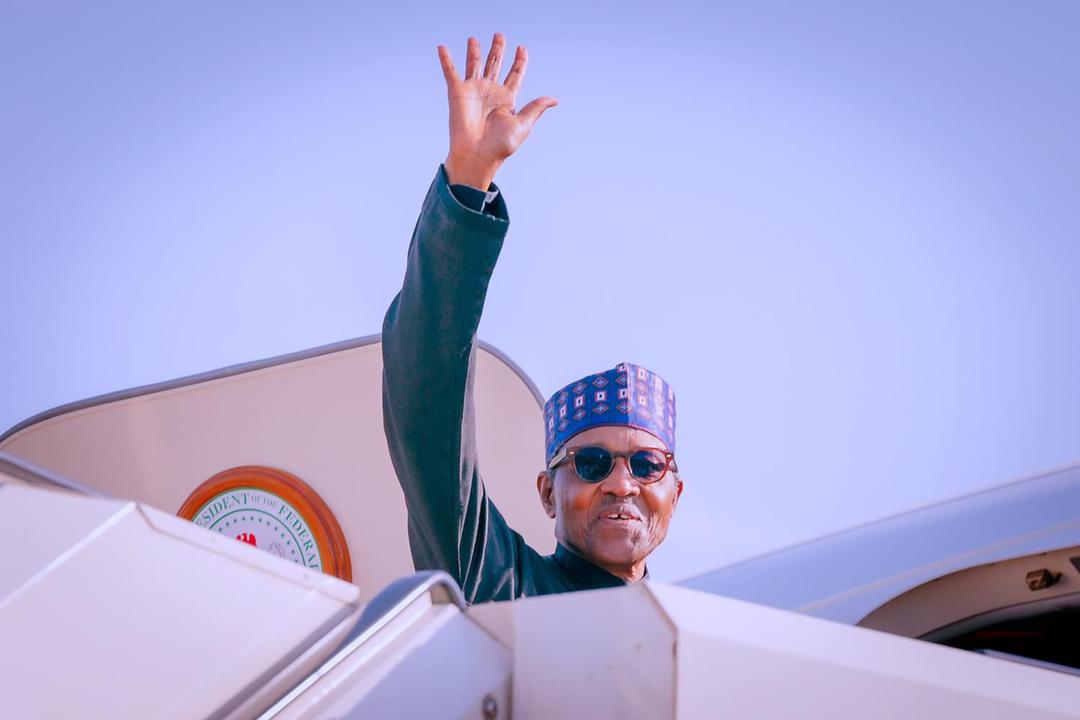 President Muhammadu Buhari of Nigeria has reportedly fled to London under the pretext of seeking medical attention. Sources closes to the Presidency asserted Monday.

Sources within the Presidency in Abuja claim that Buhari worn out with the increasing demands of governance decided to seek medical attention in the United Kingdom despite the fact, that there is a state of the art medical facility at the Aso Rock Presidential Villa and the ultra modern National Hospital.

The latest Western terror warnings, embassies evacuating their personnel and families and the growing Boko Haram threat on the federal capital has left him breathless was cited as the reason why he fled to London.

Femi Adesina, the president’s spokesman, confirmed this in a statement.

The presidential aide revealed that the president would return to the country in the second week of November 2022.

The president, who departed Abuja for Owerri, Imo, after presiding over a meeting of the National Security Council in the State House, Abuja, would proceed to London after his official engagement in Owerri aboard Nigerian Air Force One.

The service’s spokesman, Umar Abubakar, stated on Sunday that four others were issued with letters of warning.

The statement quoted the controller-general of the service, Haliru Nababa, as announcing the decisions after approval by the Civil Defence, Corrections, Fire and Immigration Board.

The statement assured the public that the service would not relent in ridding its workforce of bad eggs.

The prisons boss warned that there would be no room for indolence or indiscipline in the service.

Mr Nababa also assured of the readiness of the service to reward hardworking and committed prison officials.

“The Reward Fund Unit is fully activated and very soon, staff with exceptional performance will be invited to Abuja. This will be for them to receive rewards for their show of gallantry and dedication to duty,’’ said Mr Nababa.