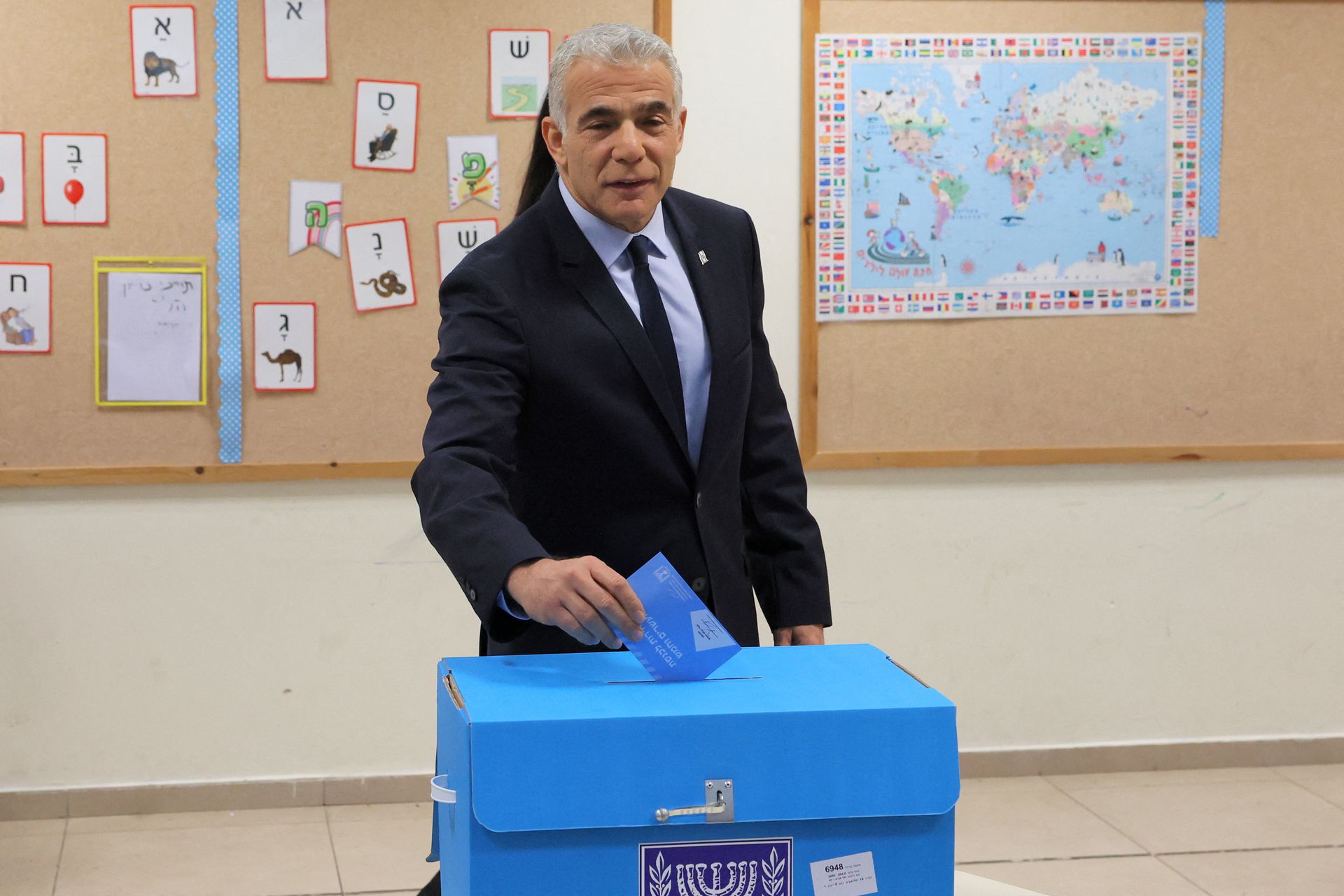 Israelis head to the polls amidst heightened security and economic concerns

Israel is holding a parliamentary election on Tuesday, its fifth in less than four years, as the parties hope to finally break the government gridlock and end the prolonged political crisis.

According to the final polls, released four days before the vote, the bloc of opposition parties led by former Prime Minister Benjamin Netanyahu will win 60 seats in the Knesset, the country’s parliament, just one short of a majority. His main rival, Prime Minister Yair Lapid, and the coalition he leads, is projected to win 56 seats.

Election officials said turnout was 47.5% by 4 p.m, the highest at this stage in 23 years. It remains unclear how this early robust voter participation will impact results. Central Elections Committee head Orly Ades said. This is the highest percentage since 1981, according to the Times of Israel.

Netanyahu, the country’s longest-serving prime minister, who governed in the 1990s and later from 2009 to 2021, was ousted from power last year. A new government was formed under a multiparty deal spearheaded by Lapid’s Yesh-Atid party and Naftali Bennett’s Yamina. The cabinet included members from a wide spectrum of political ideologies, with Bennett and Lapid leading as alternating PMs.

The work of the broad coalition, however, became quickly marred by frequent infighting and revolts by individual MPs. In a major blow to unity, the parliament failed in June to approve the extension of regulations applied to Israeli settlers in the West Bank. Lapid and Bennett announced the dissolvement of the Knesset the same month and called for a new election.

“I have never believed that Israel is divided into ‘us’ and ‘them,’” Lapid tweeted on Monday. “I am appealing to the voters who did not vote for me in the past and asking you for an opportunity to work together with you.”

He added: “All Israelis deserve the most basic thing: a government of honest and hardworking people.”

Netanyahu urged voters to support him, tweeting: “We are tied, it is all up to you. Go vote right now!”

“I’m a little bit worried. But with the help of everyone who hears us, I hope the day will end with a smile,” Netanyahu told reporters after casting his ballot.

Security on the streets and surging prices have topped the list of voter concerns in a campaign triggered by defections from the unlikely ruling coalition of right-wing, centrist and Arab parties formed after the last election.

The campaign, which opened weeks after a brief conflict with the militant Islamic Jihad group in Gaza in August, has also unrolled against a backdrop of increasing violence in the occupied West Bank, with near-daily raids and clashes.

“We need security in this country,” said Meir Banai, a 23-year-old Ben-Gvir voter from Bat Yam.