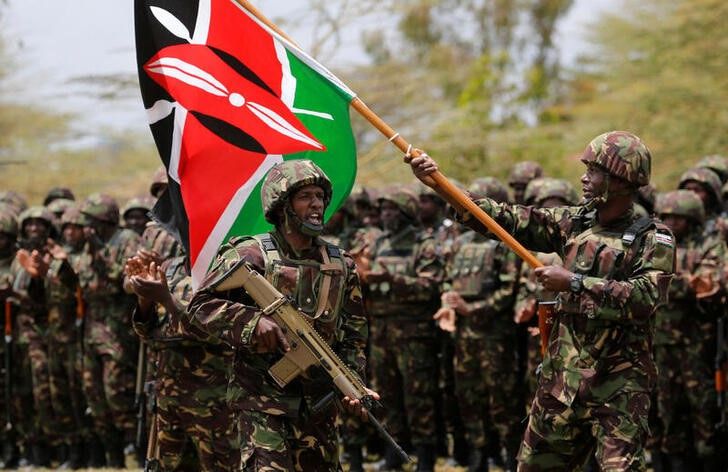 The seven countries of the East African Community (EAC), which Congo joined this year, agreed in April to set up a joint force to fight militia groups in Congo’s east.The Kenyan troops will join a contingent from Burundi.

Despite billions of dollars spent on one of the United Nation’s largest peacekeeping forces, more than 120 armed groups continue to operate across large swathes of east Congo, including the M23 rebels, which Congo has repeatedly accused Rwanda of supporting. Kigali denies the claims.

M23 was the newest in a series of ethnic Tutsi-led insurgencies to rise up against Congolese forces when it formed in 2012.

M23’s name refers to the March 23 date of a 2009 accord that ended a previous Tutsi-led revolt in eastern Congo. The M23 accused the authorities of not living up to promises to fully integrate Congolese Tutsis into the army and government.

The M23 and its predecessor groups have claimed to defend Tutsi interests against ethnic Hutu militias whose leaders participated in the 1994 Rwandan genocide of more than 800,000 Tutsis and moderate Hutus.

M23 fighters seized vast swathes of the eastern Congo countryside in 2012 and briefly captured Goma, a city of 1 million people, before being driven the following year into Rwanda and Uganda by Congo’s army and U.N. peacekeepers.

Rwandan President Paul Kagame suggested in February that Rwandan forces might need to intervene in eastern Congo because of the threat from Hutu militiamen.

Uganda has already sent troops into Congo as part of separate deployment to chase down an Islamic State-linked armed militants, one of the warring groups in eastern Congo.

“We all have a stake in a stable Democratic Republic of Congo and its security,” President Ruto said at a send-off ceremony for the troops in Kenya’s capital Nairobi.

Ruto said the United Nations and African Union had given “tacit” backing to the Kenyan deployment. A U.N. spokesperson did not immediately respond to a request to confirm whether the body had formally approved the deployment.

On Wednesday morning several thousand people held a demonstration in the city of Bukavu, eastern Congo, against the regional force because, they said, some of their “enemies” are member countries of the East African Community.