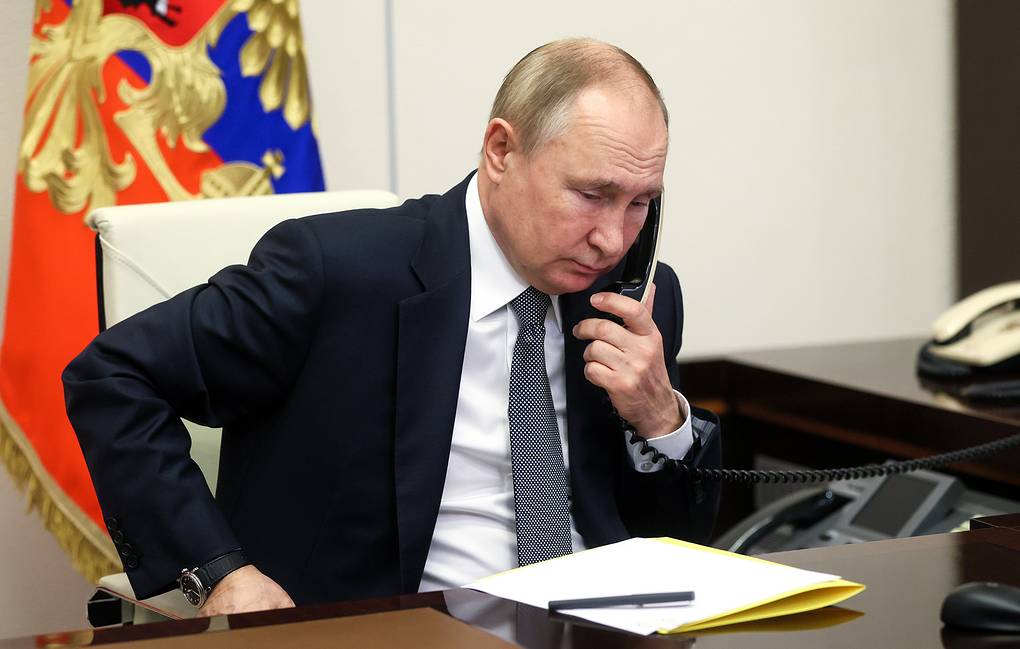 Russian President Vladimir Putin said at a meeting of the Security Council on Wednesday that Russia reserves the right to withdraw from the grain deal again if any attack is launched on its assets in the Black Sea. Putin noted that Kiev had given written guarantees that it would not use the humanitarian corridor for military purposes.

“I have given instructions to the Defense Ministry to resume our full participation in this endeavor. At the same time, Russia reserves the right to withdraw from these agreements, if these guarantees are violated by Ukraine,” Putin stressed.

Check.The Joint Coordination Centre officials sail through cargo ship Mehmet Bey as she waits to pass the Bosphorus strait off the shores of Yenikapi during a misty morning in Istanbul, Turkey, October 31, 2022. REUTERS/Umit Bektas/File Photo

The Russian leader drew attention to the fact that initially the purpose of the grain deal was to help the poorest countries. For this a mechanism was created for the export of grain from Ukraine-controlled Black Sea ports. “Everyone knows that, unfortunately, Ukraine used this humanitarian corridor for an attempt to attack Russia’s Black Sea Fleet. For this reason, we decided to suspend our participation in these grain convoys,” Putin said.

He explained that Moscow demanded from Kiev “pledges and guarantees that nothing like this will happen in the future and that the humanitarian corridors will not be used for military purposes.”

Turkey acted as a mediator in settling this situation, pleasing shipping insurers who have stopped issuing insurances for cargo ships in the Black Sea

“The Defense Ministry has received information from the Turkish side that Ukraine has given such promises – these humanitarian corridors will not be used for military purposes,” Putin said about Russia’s decision to re-enter the grain deal.

Moscow has long expressed concern about the implementation of the deal, which was touted by Kiev and its Western backers as necessary to curb surging prices in the global food market. Contrary to its stated goal, many of the shipments were sent to rich European countries rather than struggling nations elsewhere in the world, Russia said.

Russia also blamed the UN for failing to have the US and its allies lift economic sanctions against Russian maritime traffic, which is necessary for shipping Russian food and fertilizers to other nations. It was also part of the terms of the Black Sea grain initiative.

The attack on Sevastopol happened early on Saturday last week and involved unmanned aerial and naval craft, which were detected and intercepted by the Russian Navy, according to statements by the defense ministry.

It claimed that the British military assisted Ukraine in planning and executing the operation. It further claimed that the same Royal Navy unit was involved in an attack on the Nord Stream pipelines in the Baltic Sea in September.

The UK Ministry of Defence responded by accusing its Russian counterpart of peddling false claims of “epic scale.”