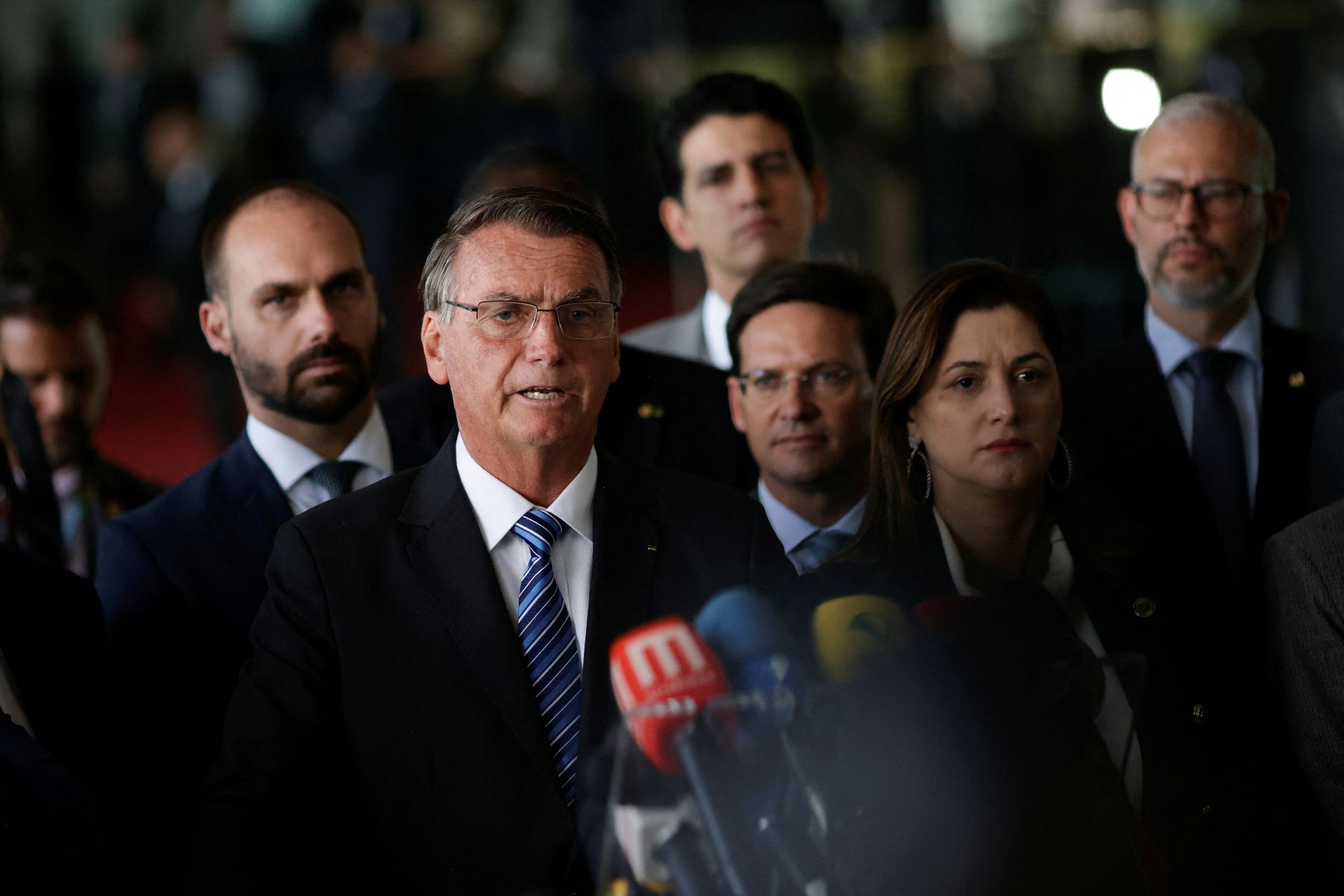 Brazil’s far-right President Jair Bolsonaro on Tuesday avoided conceding defeat in his first public remarks since losing Sunday’s election, saying protests since then were the fruit of “indignation and a sense of injustice” over the vote.

“Injustice.” Supporters of Brazil’s President Jair Bolsonaro, mainly truck drivers, hold signs and flags as they block a highway during a protest over Bolsonaro’s defeat in the presidential run-off election, in Curitiba, in the state of Parana, Brazil November 1, 2022. REUTERS/Rodolfo Buhrer

It took Bolsonaro more than 44 hours to make his first public remarks since the election was decided by electoral authorities, making him the first Brazilian president to lose a re-election bid. He has still not spoken with Lula.

Amid his silence, supporters blocked highways to protest his defeat, with some calling for a military coup to stop former President Lula from returning to power. Bolsonaro’s delay in recognizing Lula’s election raised fear that he would contest the narrow result of the election.

n a national address on Tuesday that lasted just a few minutes, Bolsonaro thanked Brazilians who voted for him and reiterated that he would follow the country’s constitution, which stipulates a transition of power on Jan. 1.

He referred to the demonstrations as a “popular movement” and said they should avoid destroying property or “impeding the right to come and go.”

That may not be enough to defuse the protests across Brazil by small groups of his supporters, which have begun to cause economic disruptions draw calls from farm and retail groups for Bolsonaro to begin a transition.

Before Sunday’s vote, Bolsonaro repeatedly made baseless claims the electoral system was open to fraud and accused electoral authorities of favoring his leftist adversary.

Close political allies, including his chief of staff and Vice President Hamilton Mourao, have begun to make contact with the Lula camp to discuss a transition. Others, including the speaker of the lower house of Congress, called on the Bolsonaro government to respect the election result.

The powerful agricultural lobby CNA, representing farmers who were important campaign donors for Bolsonaro, said it was ready for conversations with the incoming government, which will take office on Jan. 1.