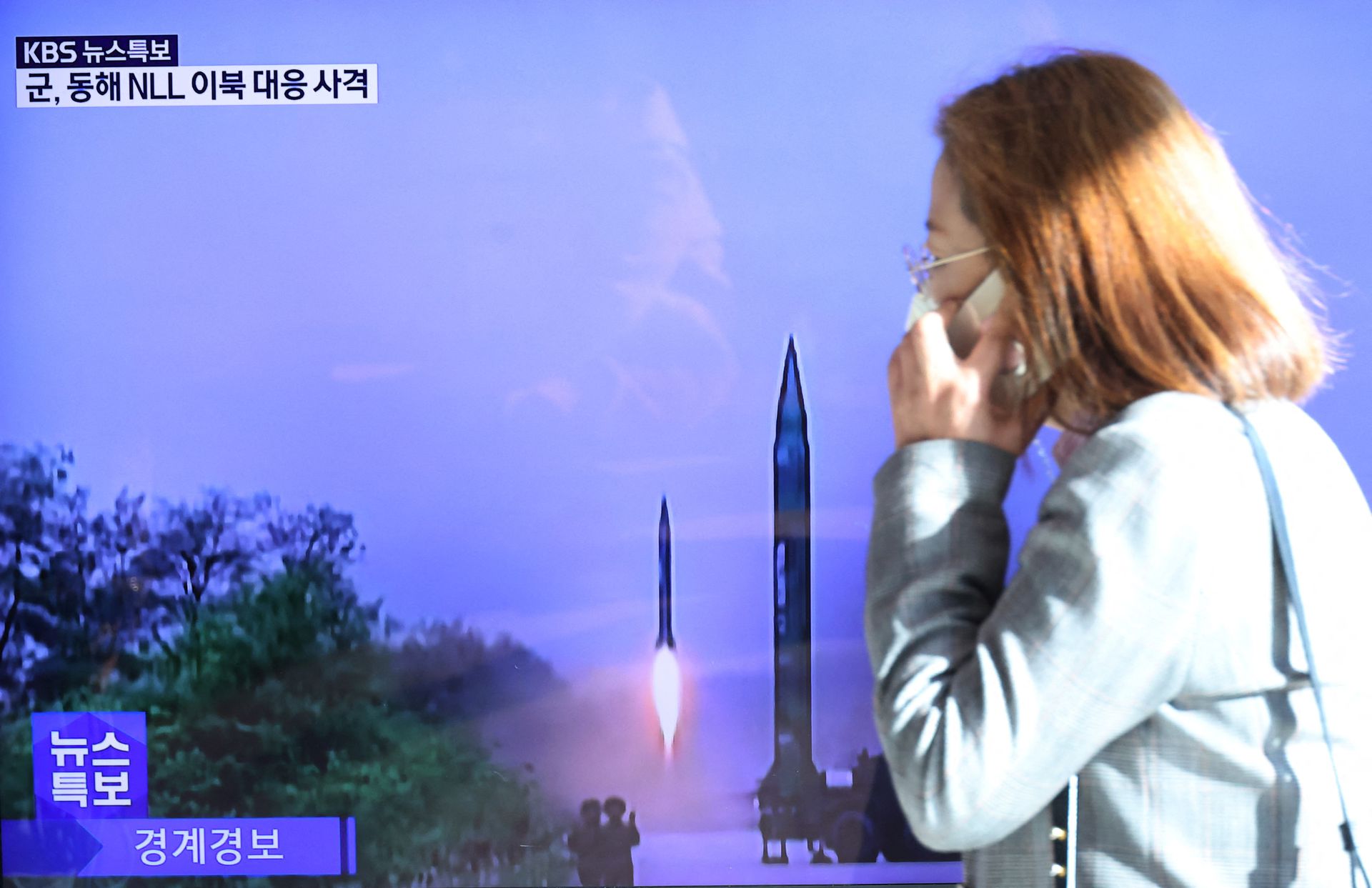 The missile landed outside of South Korea’s territorial waters, but south of the Northern Limit Line (NLL), a disputed inter-Korean maritime border in what South Korean President Yoon Suk-yeol called an “effective act of territorial encroachment.”

The launches came just hours after Pyongyang demanded that the United States and South Korea stop large-scale military exercises, saying such “military rashness and provocation can be no longer tolerated.”

Anxious. A couple looks on their mobile phones next to a TV broadcasting a news report on North Korea firing a ballistic missile off its east coast, in Seoul, South Korea, November 2, 2022. REUTERS/Kim Hong-Ji

South Korean warplanes fired three air-to-ground missiles into the sea north across the NLL in response, the South’s military said. An official said the weapons used included an AGM-84H/K SLAM-ER, which is a U.S.-made “stand-off” precision attack weapon that can fly for up to 270 kilometres (170 miles) with a 360 kg (800-pound) warhead.

The South’s launches came after Yoon’s office vowed a “swift and firm response” so North Korea “pays the price for provocation”.

North Korea had said that a recent flurry of launches were in response to South Korean and American drills.

Pak Jong Chon, secretary of the Central Committee of North Korea’s ruling Workers’ Party, said in a statement on Wednesday that the number of warplanes involved in Vigilant Storm proved the exercise was “aggressive and provocative” and specifically targeted North Korea. He said even its name imitated the U.S.-led Operation Desert Storm against Iraq in the 1990s.

“The hostile forces’ inordinate moves for military confrontation have created a grave situation on the Korean peninsula,” Pak said in a statement carried by state news agency KCNA.

South Korea’s Ministry of Land, Infrastructure and Transport said that because of the launches, some air routes over the sea between North Korea and Japan would be closed until Thursday morning.

Japan defence minister Yasukazu Hamada said the government believed at least two ballistic missiles had been launched from North Korea, one flying east and another southeast.