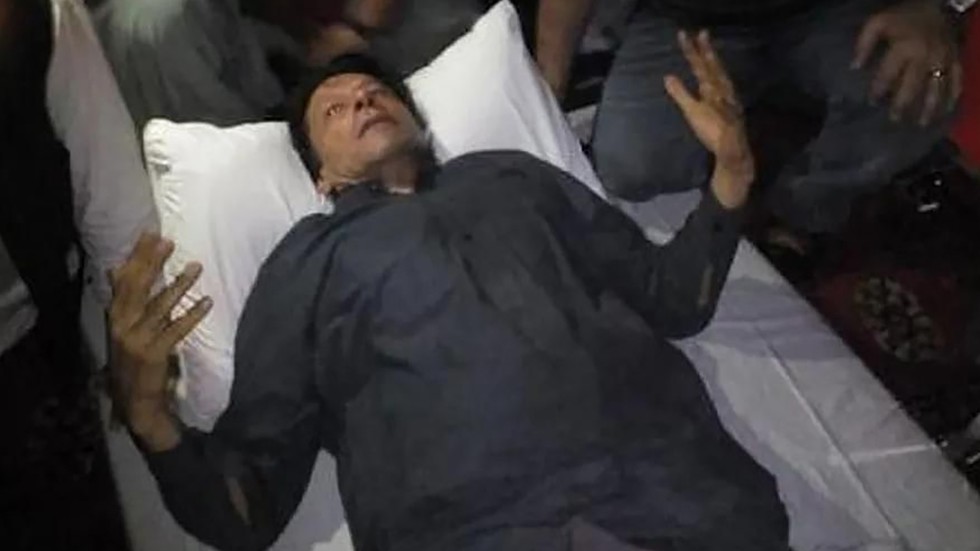 Former Pakistani prime minister Imran Khan escaped assassination by a lone gun man Thursday, while embarking on his million man march to the capital Islamabad in what his aides said was a clear assassination attempt by his rivals.

Khan, ousted as prime minister in a parliamentary confidence vote in April, was six days into a protest procession bound for Islamabad, standing and waving to thousands of cheering supporters from the roof of a container truck, when the shots rang out.

Khan was rushed to emergency and is now out of danger, said physician Faisal Sultan, who is also the head of the Lahore hospital where the former premier was being treated. He told journalists that initial scans and x-rays showed bullet fragments in Khan’s leg.

Police have yet to comment on the attack, which drew condemnation from the White House.

In a video statement, Asad Umar, one of Khan’s top aides, said Khan believed that Prime Minister Shehbaz Sharif, Interior Minister Rana Sanaullah and intelligence official Major-General Faisal Naseer were behind the attack. Umar did not provide any evidence to back the allegation.

Several in his convoy were wounded in the attack in Wazirabad, nearly 200 km (120 miles) from the capital. Information Minister Marriyum Aurangzeb said a suspect had been arrested.

“It was a clear assassination attempt. Khan was hit but he’s stable. There was a lot of bleeding,” Fawad Chaudhry, a spokesperson for Khan’s Pakistan Tehreek-e-Insaf (PTI) party, told journalists

“If the shooter had not been stopped by people there, the entire PTI leadership would have been wiped out.”

In purported footage of the shooting, being run by multiple channels, a man with a handgun is grabbed from behind by one of the people at the gathering. He then tries to flee.

TV channels showed a suspected shooter, who looked to be in his twenties or thirties. He said he wanted to kill Khan and had acted alone.

“He (Khan) was misleading the people, and I couldn’t bear it,” the suspect said in the video. The information minister confirmed the footage was recorded by police.

No one has yet been charged with the attack.

The military’s media wing did not immediately respond to a request for comment on the allegation against Naseer.

In a previous statement, the military called the shooting “highly condemnable”. Khan, 70, had accused the military of backing the plan to oust him from power. Last week, the military held a news conference to deny the claims.