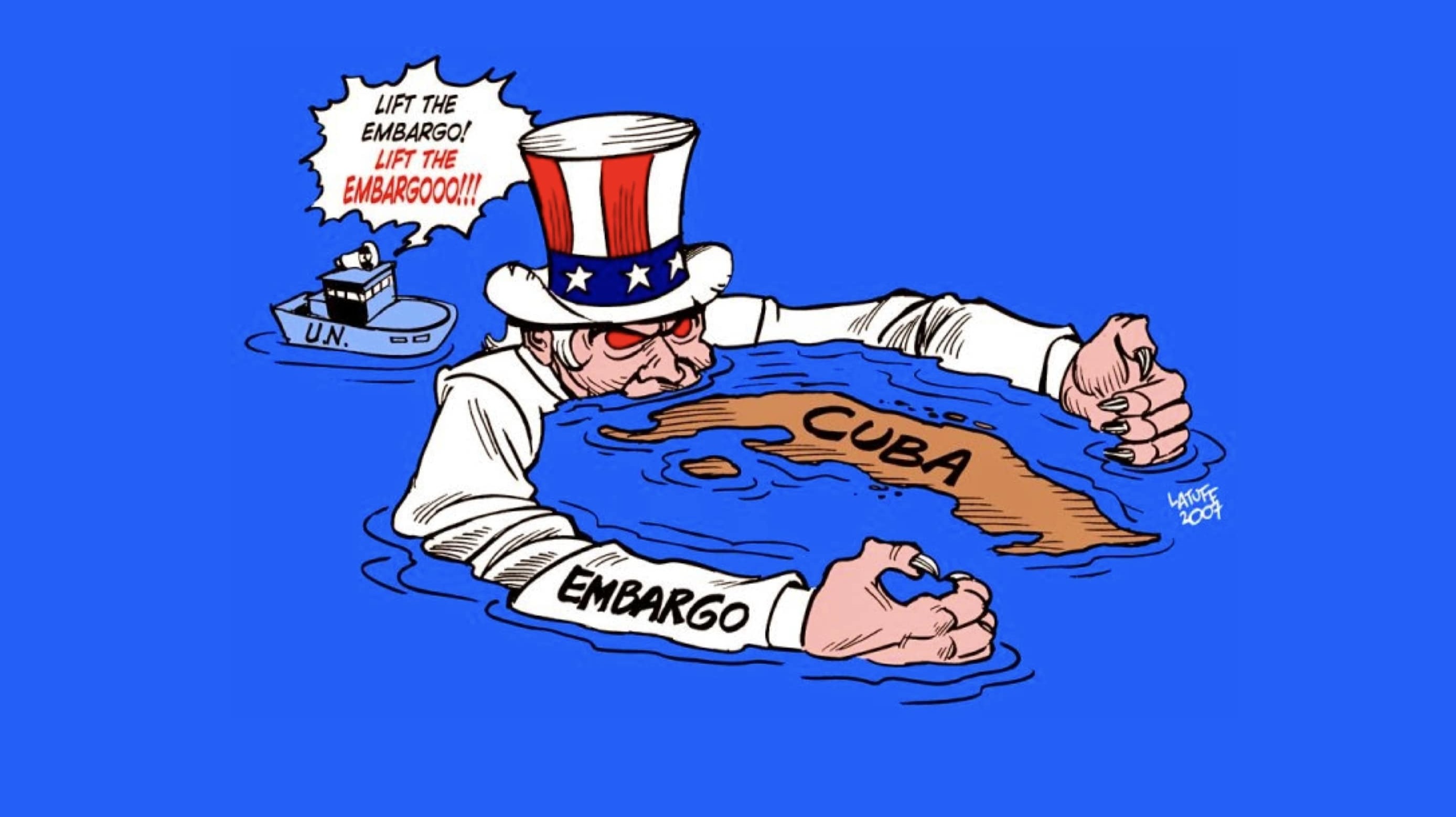 The United Nations General Assembly has overwhelmingly voted in favor of a resolution condemning the US embargo on Cuba for the 30th year in a row. Only the US and Israel voted against the measure on Thursday, while Ukraine and Brazil abstained.

Since 2019, the US has “escalated the siege around our country, taking it to an even crueler and more humane [sic] dimension, with the purpose of deliberately inflicting the biggest possible damage on Cuban families,” Cuban Foreign Minister Bruno Rodriguez told the assembled representatives.

The diplomat slammed US President Joe Biden for continuing the “maximum pressure” policy of his predecessor Donald Trump rather than resuming the trend toward warming relations Barack Obama set in motion during his last year in office.

While acknowledging the Biden administration had made some extremely limited moves to open up flights, remittances, and consular services with Cuba, Rodriguez argued that “the blockade, which has been tightened to the extreme, continues to be the central element that defines the US-Cuba policy.”

Since Biden has been in office, the embargo has cost the Cuban economy an estimated $6.35 billion, Rodriguez said – a figure that translates to more than $15 million per day. While he stressed he did not blame the US for all of Cuba’s problems, denying its influence as “the main cause of the deprivations, scarcities and hardships suffered by Cuban families would be failing to tell the truth,” he explained.

The US abstained from a vote condemning the embargo for the first time in 2016, shortly after Obama restored official relations with the island. However, Trump resumed previous presidents’ efforts to isolate the socialist nation. Washington imposed the embargo in 1960 after Fidel Castro’s revolution overthrew the US-friendly Batista government and nationalized properties belonging to American citizens.

Both the Trump and Biden administrations have held up “human rights” to justify decades of economic strangulation, an argument Cuba’s deputy UN ambassador, Yuri Gala, dismissed as illogical.

“If the United States government really did care for the well-being, human rights and self-determination of the Cuban people, it could lift the embargo,” he said, adding that Washington could lift the economic restrictions currently choking off economic opportunities for would-be capitalists.

Cuban President Miguel Diaz-Canel made the remarks during joint session of the State Duma Cuba condemns Western sanctions against Russia,...