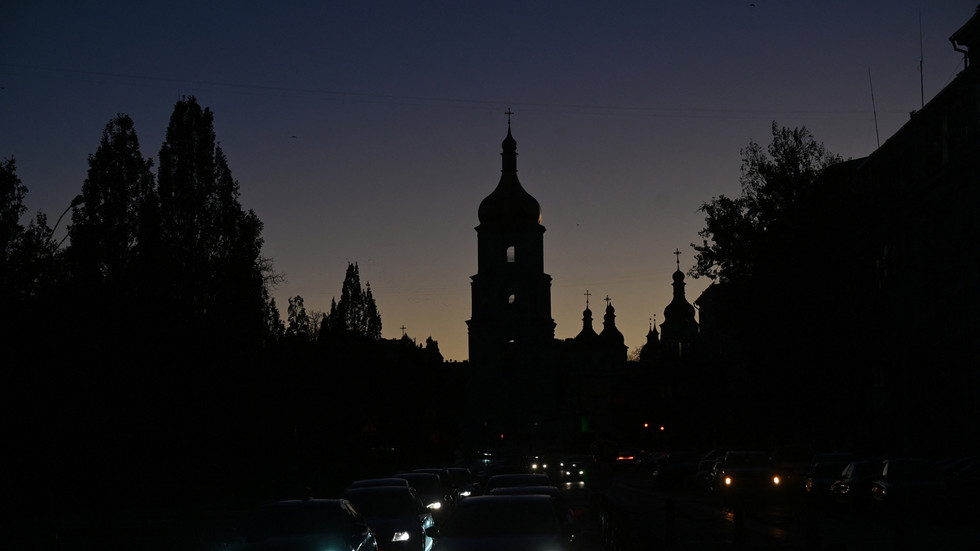 Authorities in Ukraine’s capital city, Kiev, are reportedly working on a contingency plan that anticipates the evacuation of approximately three million of its remaining residents, should power supply become completely cut off, the New York Times has claimed.

The article published on Saturday quoted Roman Tkachuk, the director of security for the Kiev municipal government, as having warned that the city “may lose our entire electricity system,” if Russia continues striking Ukrainian energy infrastructure.

According to the report, Kiev authorities expect that, if worse comes to worst, they would have at least 12 hours’ notice before the grid collapses completely. Tkachuk explained that if there are signs of imminent failure, “we will start informing people and requesting them to leave.”

Should the Ukrainian capital face a total blackout, there would also be no water supply, and the sewage systems would grind to a halt, too, the official warned. He hastened to assure, however, that the situation is currently under control, and there is no exodus of city residents.

With winter approaching, Kiev authorities are preparing some 1,000 heating shelters that can double as bunkers during Russian strikes.

In a bid to prevent uncontrollable failures, Ukraine’s national energy utility has been imposing rolling blackouts in several regions, including the capital, over the past several weeks.

With winter approaching, Kiev authorities are preparing some 1,000 heating shelters that can double as bunkers during Russian strikes.

In a bid to prevent uncontrollable failures, Ukraine’s national energy utility has been imposing rolling blackouts in several regions, including the capital, over the past several weeks.

In its statement on Saturday, Ukrenergo explained that the measures were needed to “ensure sustainable balancing of the power system and avoid repeated accidents” affecting the national power grid.

In early October, Moscow launched massive long-range missile and ‘kamikaze drone’ strikes on Ukrainian military, energy and communication facilities. That followed what Russian President Vladimir Putin called a series of “terrorist attacks” masterminded by Kiev on Russian soil, including a truck bombing that damaged the Crimean Bridge, a strategic link connecting the peninsula with the mainland. Such tactics, Putin said, posed a threat to Russia and could not be left without a response.

According to Ukrainian authorities, as much as 40% of the country’s energy infrastructure has been damaged or destroyed as a result.