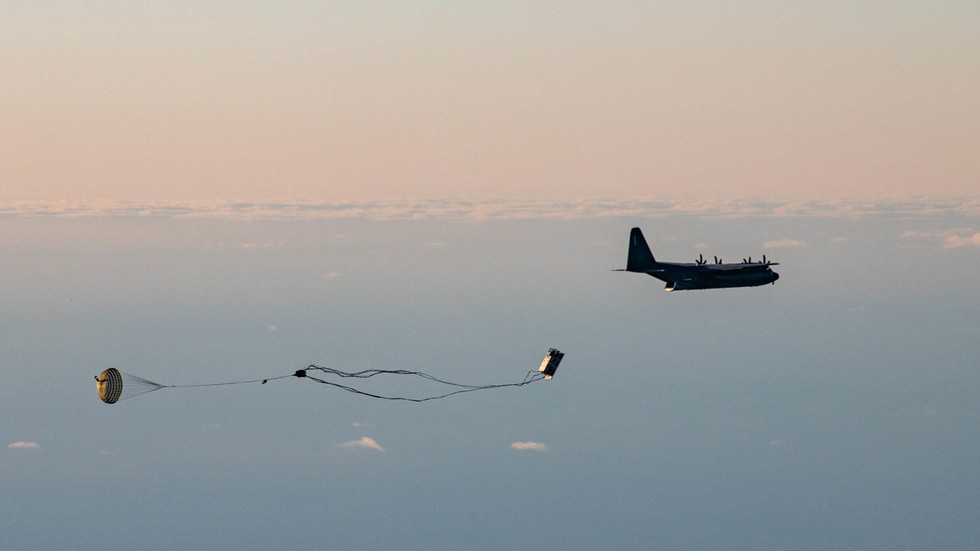 US tests experimental cruise missile above the Artic Circle

The US military tested an experimental cruise missile launch system above the Arctic Circle on Wednesday. The commander in charge of the test called it a deliberately “provocative” move aimed at deterring Russia.

The operation involved dropping a long-range cruise missile from a Special Operations C-130 transport aircraft, with parachutes slowing its descent until its rocket motor blasted it toward a target. The deployment system – called ‘Rapid Dragon’ by the military – was developed by the US Air Force, and Wednesday marked its first demonstration in Europe.

The choice of Norway’s Andoya Space Range for the launch was deliberate. Located around two degrees north of the Arctic Circle, the range sits at the far western edge of a region of military and economic importance to Russia.

The test “puts this thing within range of Russia. We are intentionally trying to be provocative without being escalatory,”operation lead Lt. Col. Lawrence Melnicoff told the US military’s Stripes outlet. “We’re trying to deter Russian aggression, [and] expansionist behavior, by showing enhanced capabilities of the [NATO] allies.”

Some 50% of the Arctic coastline is Russian territory, and Moscow regularly drills its troops in sub-zero warfare. Russia keeps strategic bombers at bases on the Kola Peninsula, just over 500km to the east of Wednesday’s test. Moscow also tested its nuclear-capable Yars intercontinental ballistic missile at a spaceport in Arkhangelsk, further to the southeast, in October, and conducted live-fire exercises with anti-ship missiles in the furthest reaches of its northeast a month earlier.

Washington considers its influence in the Arctic threatened by Russia. The US’ ten-year National Strategy for the Arctic, which was published last month, considers cooperation with Moscow in the polar region “virtually impossible,” and calls for an increase in America’s military presence above the Arctic Circle.

However, earlier this year, the minister for the development of the Russian Far East and Arctic, Aleksey Chekunkov, said that “Western countries intend to turn the Arctic into another battlefield,” whereas for Russia this is “a space for cooperation.” Chekunkov claimed that attempts to divide the Arctic are dangerous and short-sighted, and also contradict the interests of global security.