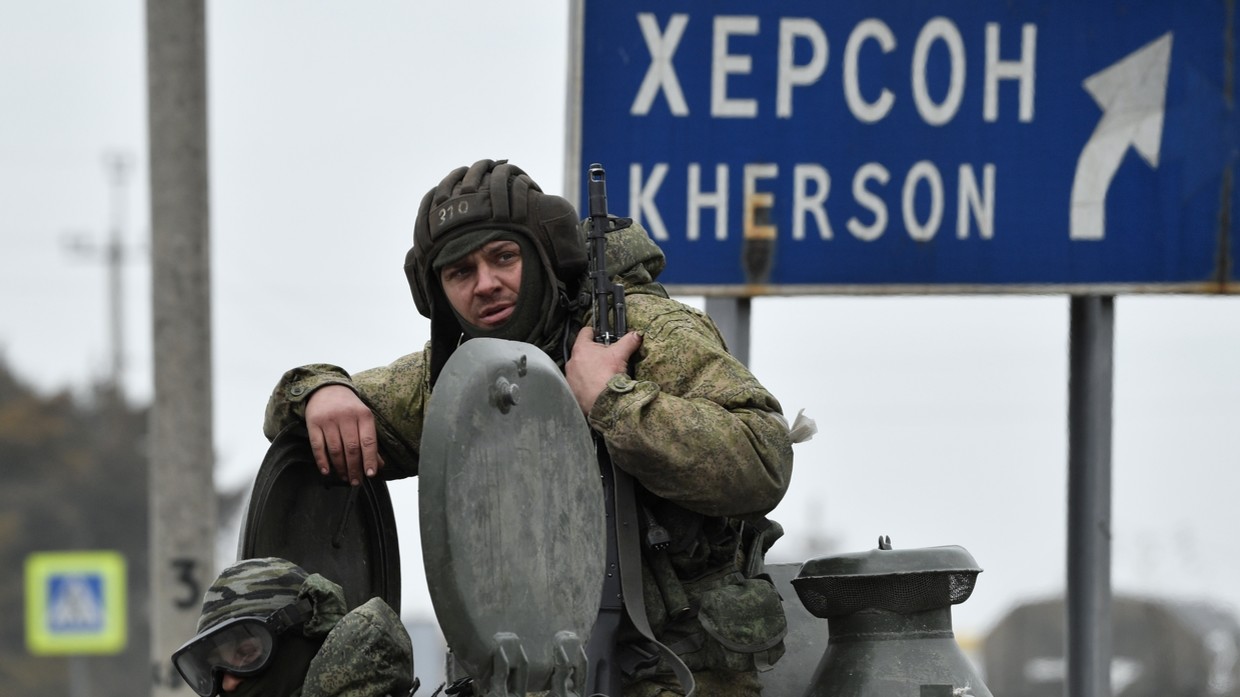 The withdrawal of Russian forces from Kherson doesn’t effect the legal status of the region, Moscow insisted on Friday, as it was officially incorporated into Russia last month after a public referendum.

Speaking to journalists, Kremlin Spokesman Dmitry Peskov stated that “Kherson Region remains part of the Russian Federation, and this status is legally fixed and defined, and there can be no changes to this status.” His comments come after the Defense Ministry announced that Russian forces had completed their redeployment to the left bank of the Dnieper River on Friday without suffering any loss of personnel, weapons, or vehicles.

“Russian units have taken the prepared defensive lines and positions,” the ministry said. “No loss of personnel, weapons, vehicles, or materiel of the Russian forces was allowed. All civilians who wished to leave the right bank of Kherson Region were provided with assistance.”

The statement claimed that Ukrainian troops tried to disrupt the movement of civilians across the river with artillery fire, but failed to do so. Russia intercepted 28 rockets fired by HIMARS launchers and diverted five others through electronic countermeasures, it said.

Russian artillery and aircraft deterred Ukrainian units from closing the gap with the river, the military added. They were stopped at least 30km from the river crossings, according to the statement.

According to open sources, the General Staff of the Armed Forces of Ukraine holds at least eight brigades in the Kherson direction, which have recently lost some of their offensive potential, but are still combat-ready. They include the 28th, 60th, 61st mechanized brigades, 59th motorized infantry and 35th marine brigades, 46th airmobile, 128th mountain assault and 17th tank brigades, as well as at least three brigades of the so-called territorial defence.

Defense Minister Sergey Shoigu ordered the troops to move across the river on Wednesday morning. He said the step was taken to avoid unnecessary deaths of the soldiers and to take up a stronger defensive position.

Kherson Region officially became a part of Russia last month, together with the Donetsk and Lugansk People’s Republics as well as Zaporozhye Region after a referendum. Kiev called the vote a “sham” and has pledged to keep fighting until all land that it considers to be rightfully Ukrainian is taken.

Scott Ritter a former US Marine Corps officer and military analyst applauded the withdrawal in a interview with Sputnik he said the decision was necessary as it will be difficult to supply the soldiers on the west back of the river and it was necessary for Russia to strengthen its defences on the east back until such time Russia has accumulated sufficient offensive power.

“Once Russia is able to assemble the totality of the 300,000 men that were mobilised and then carry out combat operations reflective of this new military capacity, that Russia will recapture Kherson, reoccupy the right bank of the Dnepr River and as I said before, have the possibility of advancing further into Ukraine up to and including the capture of the city of Odessa.” He stated.

He then advised anybody assessing the situation that Ukraine will not be able to sustain its counter offensives for long due to the high casualty rate.