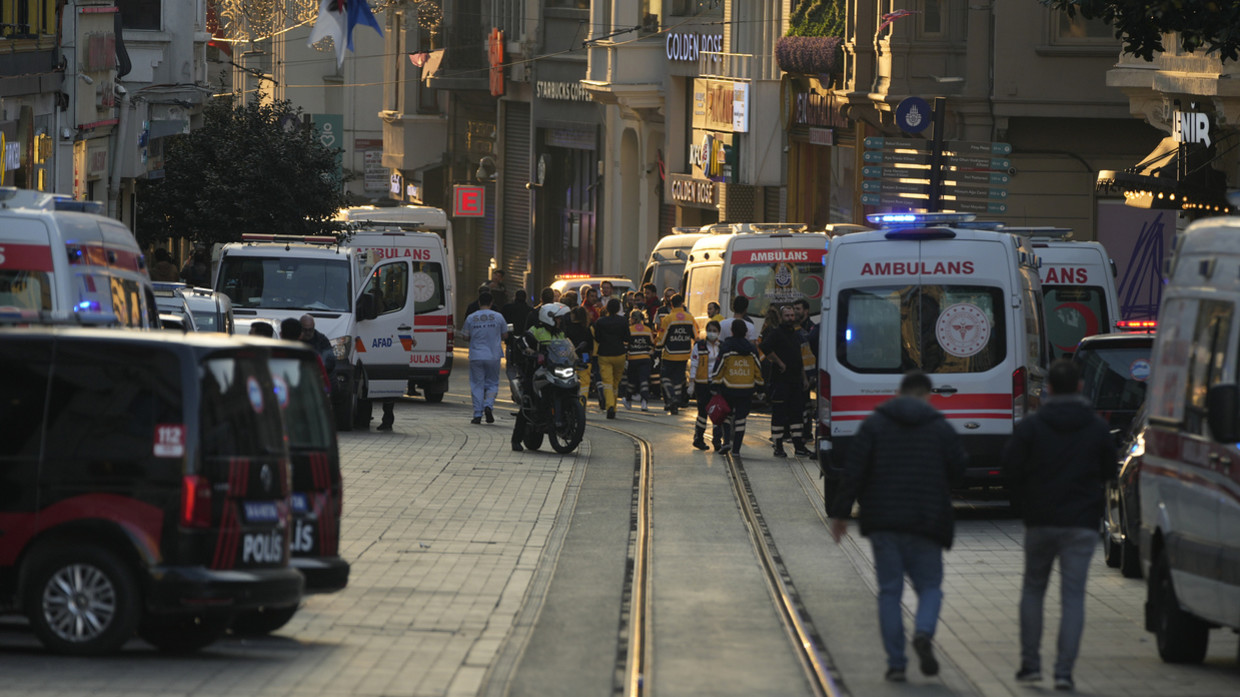 The explosion in Istanbul on Sunday was likely a terrorist attack, Turkish President Recep Tayyip Erdogan has announced. The blast on the iconic Istiklal Avenue, a busy pedestrian street in the historic center of the city, killed six people and left at least 83 injured, he told a media conference.

“It would be wrong to say this is undoubtedly a terrorist attack but the initial developments and initial intelligence from my governor is that it smells like terrorism,” the president said.

Erdogan condemned the “treacherous attack” and vowed to bring those behind the blast to justice, adding that early information indicated that “a woman” played a role in the explosion.

The Turkish leader said authorities were currently working to find the culprits behind the deadly attack.

“Efforts to defeat Turkey and the Turkish people through terrorism will fail today just as they did yesterday and as they will fail again tomorrow,” Erdogan said.

Turkish authorities have urged the media and public to rely only on official information about the incident, with the Turkish Broadcasting Authority (RTÜK) cautioning against spreading “false information unknowingly.” Additionally, authorities have banned news channels and social networking services from broadcasting images of the deadly explosion.

Shortly after the blast, the Istanbul Chief Public Prosecutor’s Office opened a terrorism probe into the incident. Prosecutors have also launched an investigation into “provocative posts” on social media related to the explosion.

Later in the day, Turkish Vice President Fuat Oktay said the number of injured in the explosion had climbed to 81 people, two of whom were in critical condition.

Istanbul and other Turkish cities have been targeted in the past by Kurdish separatists, Islamist militants and other groups, including in a series of attacks in 2015 and 2016.

It would be the first major bomb blast in Istanbul in several years.

Twin bombings outside an Istanbul soccer stadium in December 2016 killed 38 people and wounded 155 in an attack claimed by an offshoot of the militant Kurdistan Workers Party (PKK), which is designated a terrorist group by Turkey, the European Union and the United States.