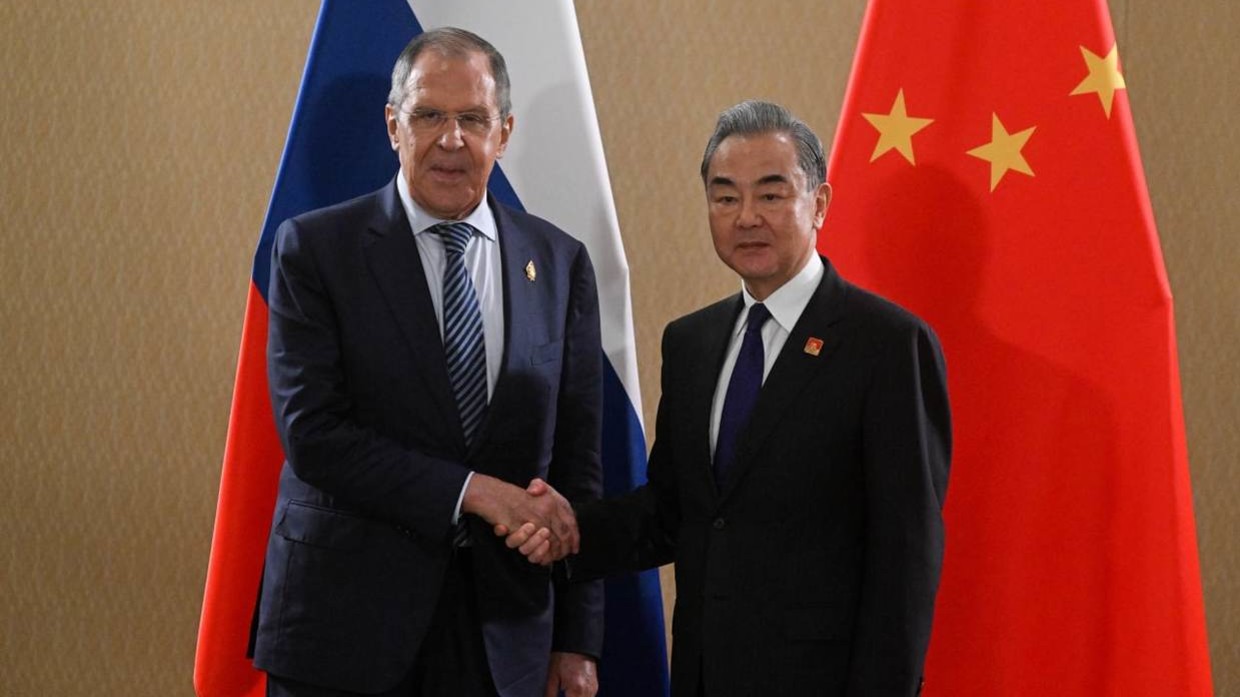 Beijing will work with Moscow to build a multipolar world, democratisation and defence of the international system

Beijing will cooperate with Moscow to build a multipolar world, Chinese Foreign Minister Wang Yi said on Tuesday, after meeting his Russian counterpart Sergey Lavrov on the sidelines of the G20 summit in Bali, Indonesia.

“China is ready to work with Russia and other like-minded countries to promote the development of a multipolar world, firmly support the democratization of international relations, and defend the international system based on the United Nations,” he said, according to remarks posted by the Chinese Foreign Ministry.

Wang’s phrasing echoes statements made by Russian President Vladimir Putin and Chinese leader Xi Jinping, when they met in Beijing in early February. Putin had also said that he and Xi “hold largely the same views on addressing the world’s problems.”

In a cordial meeting with his Russian colleague on Tuesday, Wang also said Beijing would “continue to take an objective and fair stand” on the conflict in Ukraine and “play a constructive role in facilitating peace talks.”

China also praised Russia’s “rational and responsible position” on the use of nuclear weapons.

Moscow has repeatedly and explicitly reaffirmed its commitment to the joint statement against nuclear war by the five major atomic powers, adopted in January, that nuclear war is unacceptable and should never be fought. That hasn’t stopped Western governments from accusing Russia of making nuclear threats, as US President Joe Biden did in his meeting with Xi on Monday.

While Xi’s remarks before and after the meeting with Biden expressed a desire to improve relations with the US, the Chinese president also clearly set out Beijing’s “red lines.” He warned the US against supporting separatists on the island of Taiwan and asked Washington to live up to its written commitments.