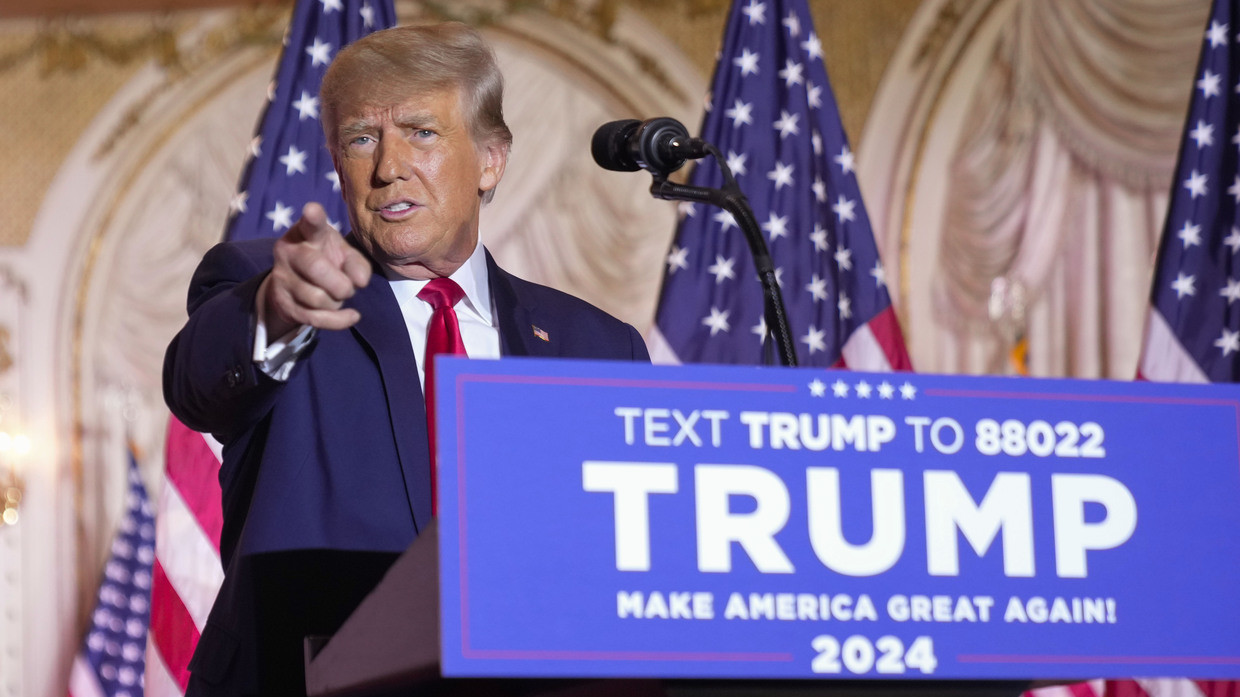 Former US President Donald Trump has declared a run in the 2024 presidential race, saying President Joe Biden has “embarrassed, humiliated and weakened” the United States. He vowed to bring “glory” and “greatness” to the country.

Speaking to a packed crowd at his Mar-a-Lago resort in Palm Beach, Florida on Tuesday night, Trump outlined a list of problems facing citizens and the nation at large, claiming Biden and the Democratic Party were responsible for the “decline of America” after two years in power.

“In order to make America great and glorious again, I am tonight announcing my candidacy for president of the United States,” Trump said, prompting cheers from supporters. “I will ensure Joe Biden does not receive four more years.”

The announcement followed a previous statement from Trump last week that he had “big” news to share in the coming days, prompting widespread speculation he would declare another presidential run. He filed papers with the Federal Election Commission on Tuesday night to formally register his candidacy and created a new campaign committee.

Trump, who was president from 2016 to 2020, launched blistering attacks on the Democrats, saying they have made the US a “failing nation” and that two years under the Biden administration have been a “time of pain and hardship, anxiety and despair” for millions of Americans.

“The United States has been embarrassed, humiliated and weakened for all to see,” he continued, citing the “disasters in Afghanistan,” as well as record-high inflation and soaring gas prices.

He went on to argue that Biden is “leading us to the brink of nuclear war” with Russia, claiming the conflict in Ukraine “would have never happened were I your president,” though offered no elaboration beyond stating that America’s adversaries were kept “in check” while he was in office.

Trump preceded Tuesday’s announcement with attacks on prospective Republican primary rivals, issuing separate statements against Florida’s Governor Ron DeSantis – who is highly popular among conservatives for his less authoritarian Covid-19 policies – as well as Virginia Governor Glenn Youngkin. According to recent polling, DeSantis, who is fresh off a landslide victory in Florida’s gubernatorial race, is an early frontrunner for GOP voters.