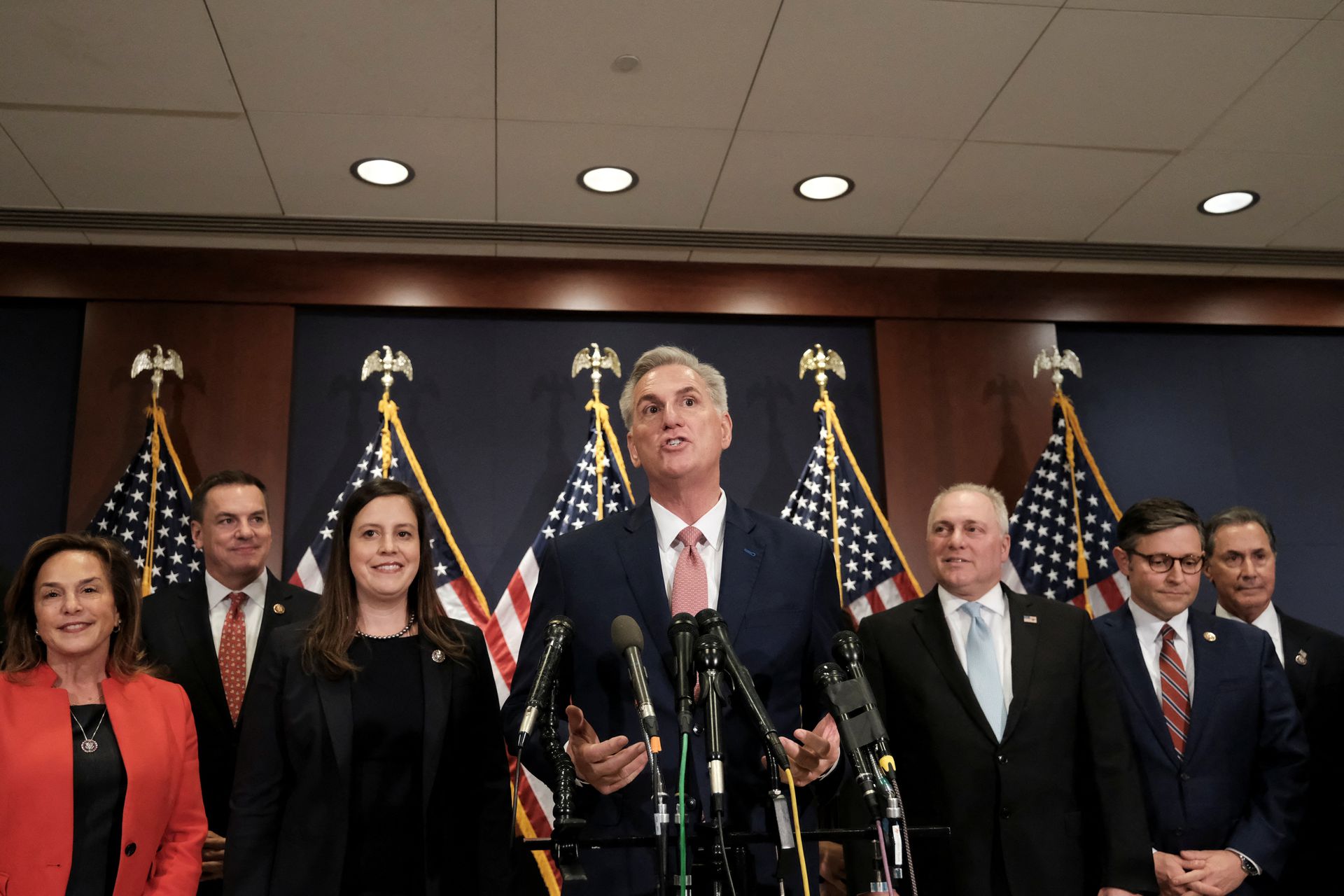 US Republicans win the House while the Democrats hold the Senate

Republicans won a majority in the U.S. House of Representatives on Wednesday, setting the stage for two years of divided government as President Joe Biden’s Democratic Party holds control of the Senate.

The victory gives Republicans the power to rein in Biden’s agenda, as well as to launch potentially politically damaging probes of his administration and family, though it falls far short of the “red wave” the party had hoped for.

The final call came after more than a week of ballot counting, when Edison Research projected Republicans had won the 218 seats they needed to control the House. Republican victory in California’s 27th Congressional district took the party over the line.

The party’s current House leader, Kevin McCarthy, may have a challenging road ahead as he will need his restive caucus to hold together on critical votes, including funding the government and military at a time when former President Donald Trump has launched another run for the White House.

The loss takes away some of Biden’s power in Washington but on Wednesday he congratulated McCarthy and said he would work across the aisle to deliver results.

“The American people want us to get things done for them,” Biden said in a statement. Out going Democratic speaker Nancy Pelosi vowed. “Democrats will continue to play a leading role in supporting President Biden’s agenda – with strong leverage over a scant Republican majority.”

House Republicans are gearing up to investigate Biden administration officials and the president’s son Hunter’s past business dealings with China, Ukraine and other countries – and even Biden himself.

On the international front, Republicans could seek to tamp down U.S. military and economic aid to Ukraine as it battles Russia.

The United States returns to its pre-2021 power-sharing in Washington, with voters tugged in opposite directions by two main issues during the midterm election campaigns.

High inflation gave Republicans ammunition for attacking liberals, who won trillions of dollars in new spending during the COVID-19 pandemic. With voters seeing their monthly grocery, gasoline and rent bills rising, so rose the desire for punishing Democrats in the White House and Congress.

At the same time, there was a tug to the left after the Supreme Court’s June ruling ending the right to abortion enraged a wide swath of voters, bolstering Democratic candidates.

Edison Research, in exit polls, found that nearly one-third of voters said inflation topped their concerns. For one-quarter of voters, abortion was the primary concern and 61% opposed the high-court decision in Roe v. Wade.