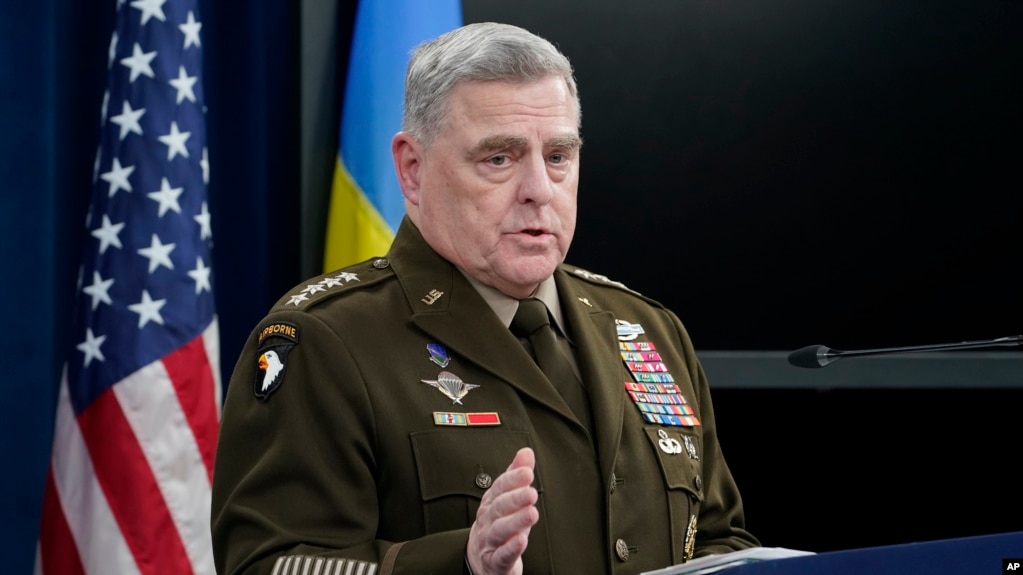 The top U.S. general on Wednesday said Ukraine’s chances of any near-term, outright military victory were not high, cautioning that Russia still had significant combat power inside Ukraine despite its tactical pullbacks since it began its special military operation in February.

“The probability of a Ukrainian military victory — defined as kicking the Russians out of all of Ukraine to include what they claim as Crimea — the probability of that happening anytime soon is not high, militarily,” General Mark Milley the Chairman Joint Chiefs of Staff told reporters at the Pentagon.

Milley accused Russia of “imposing a campaign of terror” on Ukraine with its attacks on cities and energy plants.

“The deliberate targeting of the civilian power grid, causing excessive collateral damage, and unnecessary suffering on the civilian population is a war crime,” Milley said.

“As of today, we have recorded six cases of shelling against the inhabited localities of the Lugansk People’s Republic,” he said on Channel One.

Marochko emphasized that strikes were being carried out against the LPR areas in the rear.

“Regrettably, there are civilian casualties, destruction and damage to civilian infrastructure,” the officer said.

Earlier in the day, the mission of the Lugansk People’s Republic (LPR) at the Joint Center on Control and Coordination of Issues related to Ukraine’s war crimes said that a civilian was killed and two were wounded as a result of shelling by the Ukrainian armed forces from HIMARS multiple rocket launch systems on the town of Zimogorye.

The Pentagon has stressed the importance of military-to-military communication with Moscow during the nine-month war. Lloyd Austin the US defence secretary and Milley both spoke with their Russian counterparts last month after Moscow accused Ukraine of planning a “dirty bomb” attack.

But Milley acknowledged unsuccessful attempts to reach his Russian counterpart on Tuesday after a deadly missile strike in Poland raised concerns about spillover of the war into NATO territory. Ukraine is not a member of the trans-Atlantic defense alliance but aspires to join.

NATO leaders said on Wednesday that the missile that hit Poland was probably a stray fired by Ukraine’s air defenses and not a Russian strike.

Austin said Ukraine knows that it would be a mistake to allow Russia to refit and rearm its troops.

“They have to continue to keep the pressure on the Russians going forward and I think (a) winter fight favors the Ukrainians,” Austin said.