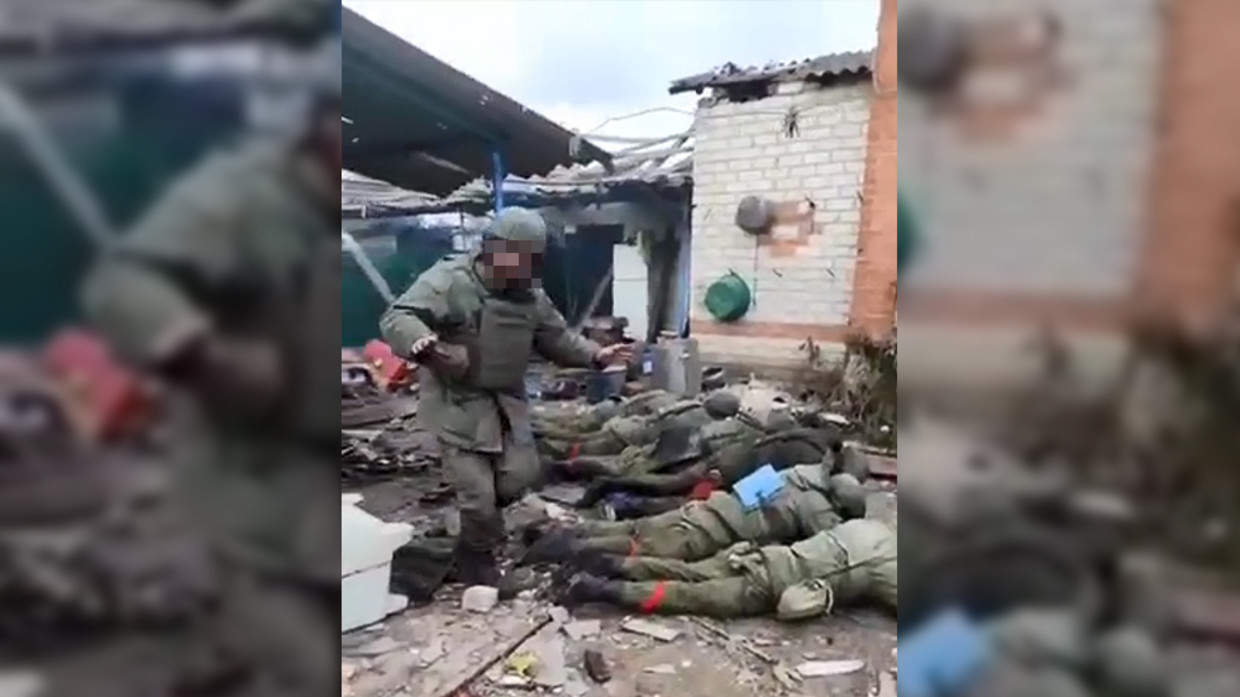 The Russian Defense Ministry has accused Ukrainian forces of committing a war crime after a video surfaced on social media, on Friday, which appears to show captured Russian servicemen first alive and subsequently dead.

The footage depicts soldiers dressed in Russian uniforms first surrendering to troops in uniforms bearing Ukrainian insignia before being shown lying on the ground, presumably dead.

The ministry described the video as evidence of “the deliberate and methodical murder” of over ten Russian servicemen at the hands of the Ukrainian Armed Forces, who “shot them straight in their heads.” Such actions prove the “barbaric nature” of the government in Kiev led by President Vladimir Zelensky, as well as “all those, who defend and support it,” the statement added.

The video also purports to show one of the supposed Russian soldiers opening fire on the Ukrainians as his fellow servicemen already lie on the ground with their hands behind their heads. At least one of Kiev’s fighters was allegedly injured in the incident, according to the footage. It is unclear how this particular episode was linked to what happened to the Russians next.

The Russian Presidential Human Rights Council reacted to the alleged incident by calling for an international probe into what its head, Valery Fadeev, described as a “demonstrative and audacious crime.”

“This is a violation of all possible conventions banning cruel treatment of captives, as well as of international law and moral norms,” Fadeev said in a statement, adding that “we will demand a reaction from the international community, as well as an investigation.” According to Fadeev, the UN Human Rights Office is already studying evidence of extrajudicial killings near the Ukrainian town of Kupyansk, as well as the shelling of a civilian river crossing in the city of Kherson.

Moscow will send the information on the alleged execution of Russian captives to the UN Human Rights Office, the Council of Europe, as well as Amnesty International, and the International Committee of the Red Cross, Fadeev added.

This is not the first high-profile incident supposedly involving Ukrainian troops and Russian prisoners-of-war. In late March, footage surfaced purportedly showing Ukrainian servicemen shooting Russians, under their care, in the legs at point-blank range.