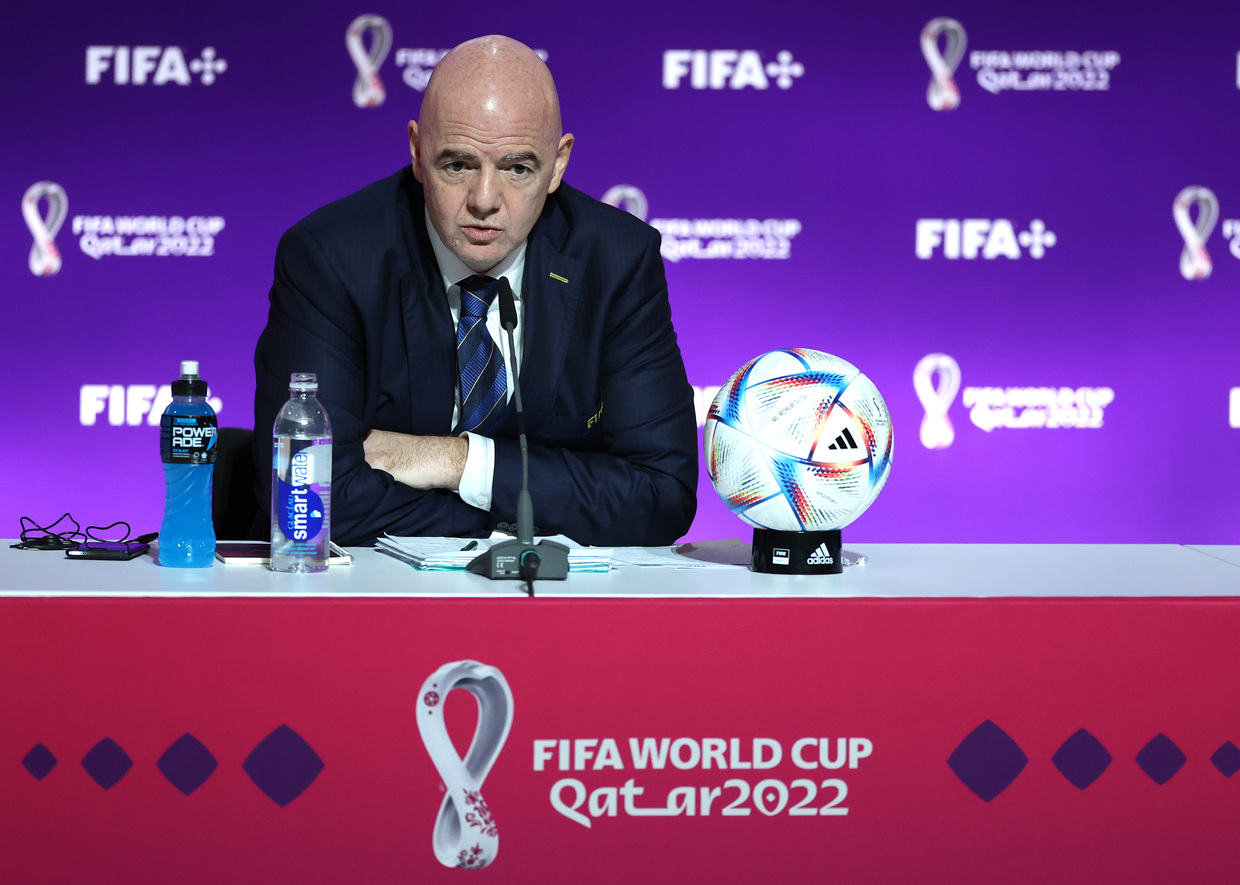 FIFA president Gianni Infantino has launched a staunch defense of the Qatar World Cup ahead of the start of the tournament, claiming that the West is in no position to issue moral lessons to the Gulf state.

Qatar has faced relentless questions in the Western media about its suitability as a venue ever since it was awarded World Cup hosting rights in 2010.

Much of the discussion has focused on Qatar’s treatment of migrant workers and members of its LGBTQ community.

But in an extraordinary monologue on the eve of the event, which gets underway on Sunday when Qatar play Ecuador, Infantino said Europeans were throwing stones in glass houses.

“We have told many, many lessons from some Europeans, from the Western world,” Infantino told the assembled media in Doha.

“I think for what we Europeans have been doing in the last 3,000 years around the world, we should be apologizing for the next 3,000 years before starting to give moral lessons to people.”

Infantino, who took over as FIFA boss in 2016 and oversaw a successful 2018 World Cup in Russia, had begun his speech by saying: “Today I have very strong feelings.”

“Of course, I am not Qatari, I am not an Arab, I am not African, I am not gay, I am not disabled. I am not really a migrant worker.

“But I feel like it, because I know what it means to be discriminated [against], to be bullied, as a foreigner in a foreign country,” added the FIFA chief.

Infantino discussed his own childhood in Switzerland as the son of “migrant workers” from Italy, saying: “As a child I was bullied – because I had red hair and freckles, I was bullied, plus I was Italian, so imagine.

“What do you do then? You try to engage, make friends… Don’t start accusing, fighting, insulting, you start engaging. And this is what we should be doing.”

There is 1 billion disabled people in the world. Nobody cares,” added Infantino, before taking Europe to task for its own handling of migrants.

“Qatar has made progress as well,” Infantino insisted, vowing that it would be “the best World Cup ever” once the ball gets rolling.

Criticism of the Qatar World Cup continued on Friday after a late U-turn on beer sales at the eight tournament stadiums.

lcohol sales were banned at the venues expect for corporate hospitality zones, after it was initially promised it would be on sale for fans.

Infantino said it had been a “joint decision” and that fans could still buy alcohol at “over 200 places.”

“I think personally for three hours a day if you cannot drink, you will survive. The same rules in France, Spain and Scotland, where no beer is allowed in stadiums,” said the FIFA boss.

Infantino’s message echoes that of the Qatari hosts, who have argued that much of the criticism directed their way is bordering on racism.

“We initially dealt with the matter in good faith, and even considered that some criticism was positive and useful,” said the Qatari emir, Sheikh Tamim bin Hamad Al-Thani, in comments last month.

“But it soon became clear to us that the campaign continues, expands and includes fabrication and double standards, until it reached an amount of ferocity that made many questions, unfortunately, about the real reasons and motives behind this campaign.”

The World Cup kicks off on Sunday when Qatar play Ecuador at the Al-Bayt Stadium in Al Khor. The final will be held at the 80,000-seater Lusail Stadium just outside Doha on December 18.

Cancels "Kyrie 8" due for release later this month Nike Inc. on Friday suspended its relationship with Brooklyn Nets star...