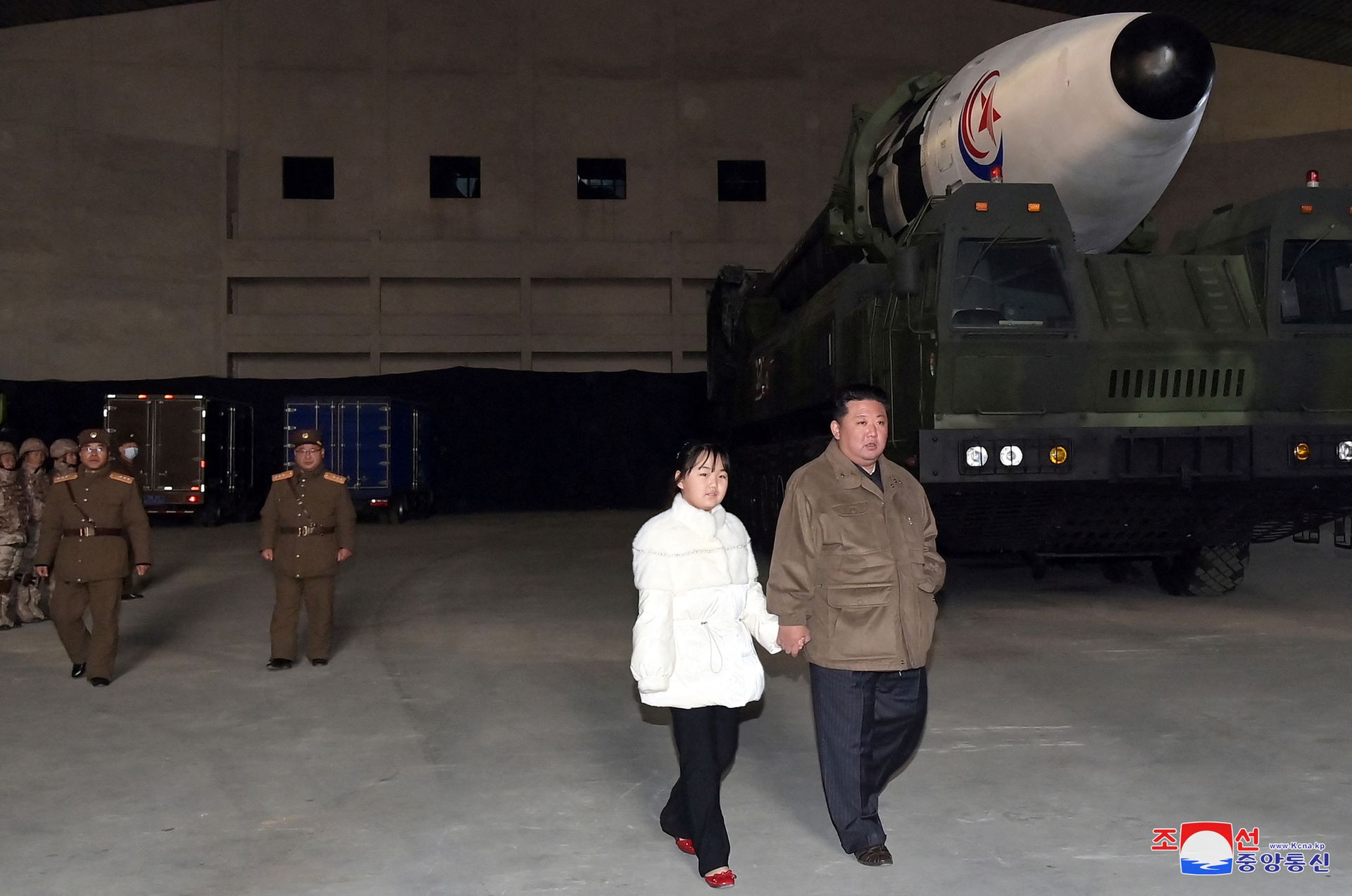 North Korean leader Kim Jong-un brought along his daughter to the launch of an intercontinental ballistic missile (ICBM) on Friday. He chose the occasion of a strategic weapon test to mark the girl’s first appearance at a public event.

Kim watched the launch alongside his wife and their “beloved daughter,” North Korean state-run KCNA press agency reported on Saturday, without specifying the girl’s name or age. The launch of the Hwasong-17 was part of the North’s “top-priority defence-building strategy” aimed at establishing “the most powerful and absolute nuclear deterrence,” KCNA said, calling it “the strongest strategic weapon in the world.”

Photos from the event show Kim and his daughter standing hand-in-hand while looking at the ICBM and then walking away together. Another shot shows them strolling while looking at each other with the upright missile towering on its launcher in the background.

Still more photos show Kim and his daughter watching from an observation shelter as the Hwasong-17 missile moves upwards in the distance. Another picture shows the leader sitting down and speaking as his wife and daughter look on from the side.

South Korean intelligence officials have speculated that Kim married Ri-Sol-ju in 2009 and that the couple has one son and two daughters, born in 2010, 2013 and 2017. Retired NBA star Dennis Rodman visited the Kim family in 2013 and later said that he held the North Korean leader’s baby girl, whom he claimed was named Ju-ae. Pyongyang hadn’t publicly confirmed the existence of Kim’s children until Friday’s missile launch.

The daughter’s public debut – taking place at a key missile test – suggests that Kim sees his family’s dynasty passing to a fourth generation at some point and that Pyongyang won’t give up its nuclear weaponry, analysts said. Jenny Town, a Korea specialist and senior fellow at the Stimson Center think tank in Washington, called the scene of Kim and his daughter watching the ICBM launch “the optics of handing down a legacy.” She added that “this is her legacy too now.”

Other experts called the unveiling of Kim’s daughter at a missile test “highly significant.” RAND Corp. analyst Soo Kim, formerly of the CIA, told Agence France-Presse that the move showed “the permanence of the Kim regime’s weapons program because it is so integral to Kim’s own survival and the continuity of his family’s reign.