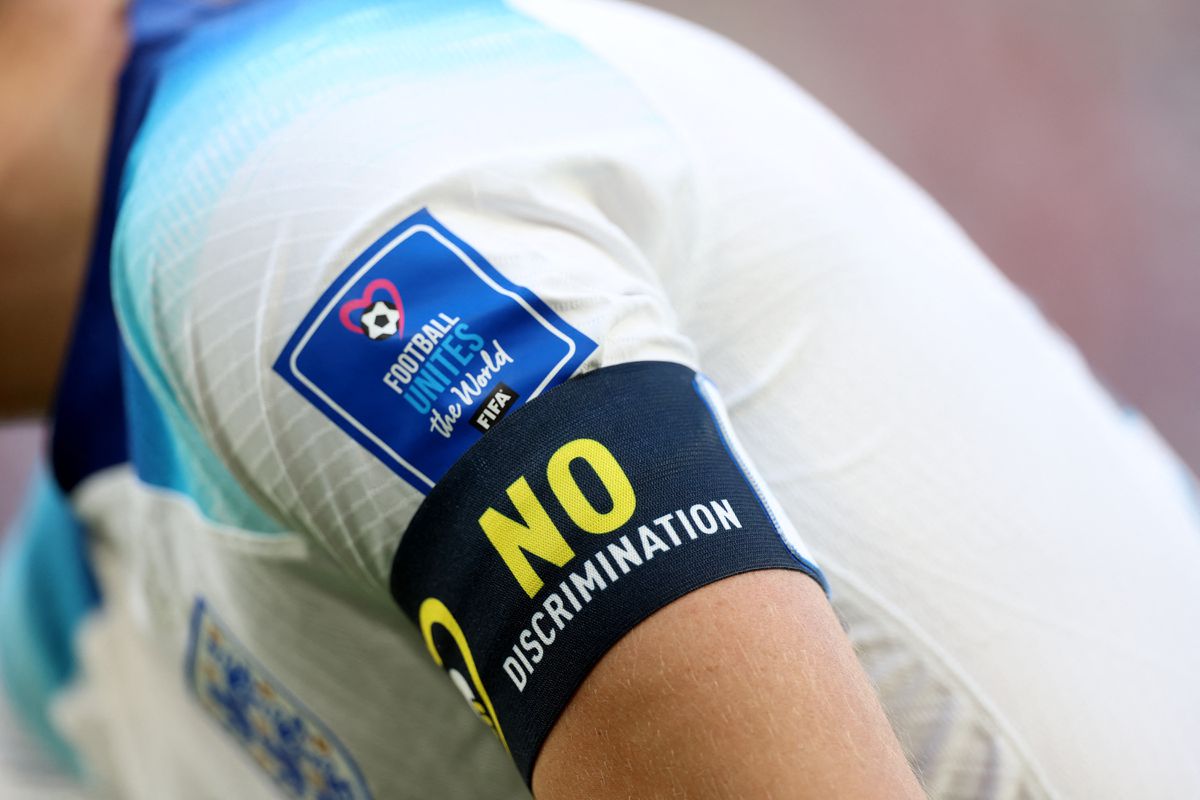 The captains of England, Wales, Belgium, the Netherlands, Switzerland, Germany and Denmark will not wear ‘OneLove’ armbands at the World Cup under pressure from FIFA, their associations said in a joint statement on Monday.

FIFA has threatened to issue yellow cards to any player wearing the multi-coloured armband which was introduced to support diversity and inclusion.

England captain Harry Kane spoke on Sunday of his desire to wear the armband in Monday’s Group B opener against Iran.

“FIFA has been very clear that it will impose sporting sanctions if our captains wear the armbands on the field of play,” the statement said, hours before England’s match against Iran was due to kick off in Doha.

“As national federations, we can’t put our players in a position where they could face sporting sanctions including bookings, so we have asked the captains not to attempt to wear the armbands in FIFA World Cup games.”

FIFA launched its own captain’s armband campaign ahead of the tournament to promote different causes for each round.

On Monday it said had brought forward its own “No Discrimination” from the planned quarter-finals stage in order that all 32 captains will have the opportunity to wear its own armband during the tournament.

“This is in line with Article 13.8.1 of the FIFA Equipment Regulations, which state: ‘For FIFA Final Competitions, the captain of each Team must wear the captain’s armband provided by FIFA’,” the world governing body said in a statement.

According to FIFA rules, team equipment must not have any political, religious or personal slogans, statements or images, and during FIFA Final Competitions, the captain of each team “must wear the captain’s armband provided by FIFA”.

Gianni Infantino says stadium alcohol ban was a joint decision and fans could buy alcohol at over 200 venues FIFA...

Cancels "Kyrie 8" due for release later this month Nike Inc. on Friday suspended its relationship with Brooklyn Nets star...