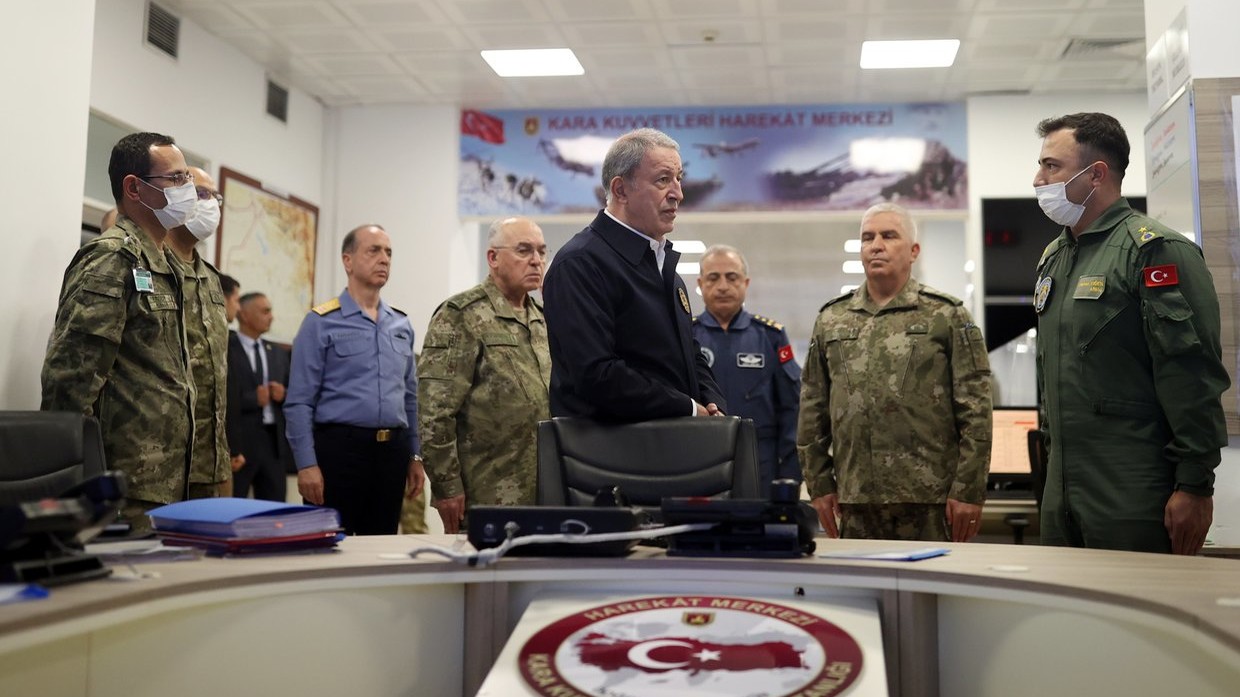 Turkish air and artillery strikes have “neutralized” 184 “terrorists” in northern Iraq and Syria, Defense Minister Hulusi Akar told President Recep Tayyip Erdogan on Monday. Akar paid a visit to the Land Forces Command Center, accompanied by top Turkish officers, to get a briefing on the progress of ‘Operation Claw-Sword’.

Launching the air strikes on Sunday, Akar declared that “a day of reckoning” had come for the Kurdish militias in the two regions. On Monday, the Turkish military revealed that artillery had joined in as well.

The Turkish Defense Ministry published photos and video of Akar’s visit to the military headquarters, alongside the army, air force and navy commanders and the chief of the general staff.

The November 13 bombing on Istanbul’s Istiklal Avenue killed six people and wounded 81 more. Police have detained dozens of suspects, including a woman who allegedly left a bag containing the explosive device. Türkiye claimed she was acting on orders from the YPG militia in Syria.

US-backed Kurdish militias control much of northeastern Syria, and Ankara claims they closely cooperate with the Kurdistan Workers’ Party (PKK), which Türkiye has declared a terrorist organization.

The present operation has not seen Turkish troops cross the Syrian or Iraqi borders yet, though Erdogan told reporters on Sunday that ‘Claw-Sword’ would not be limited to just airstrikes.

Ankara claimed its use of artillery was a response to the Kurdish shelling of Karkamis, in the southeastern Gaziantep Province. Several mortar shells landed on the Turkish side of the border, killing three civilians and damaging a school and two houses, according to local authorities.