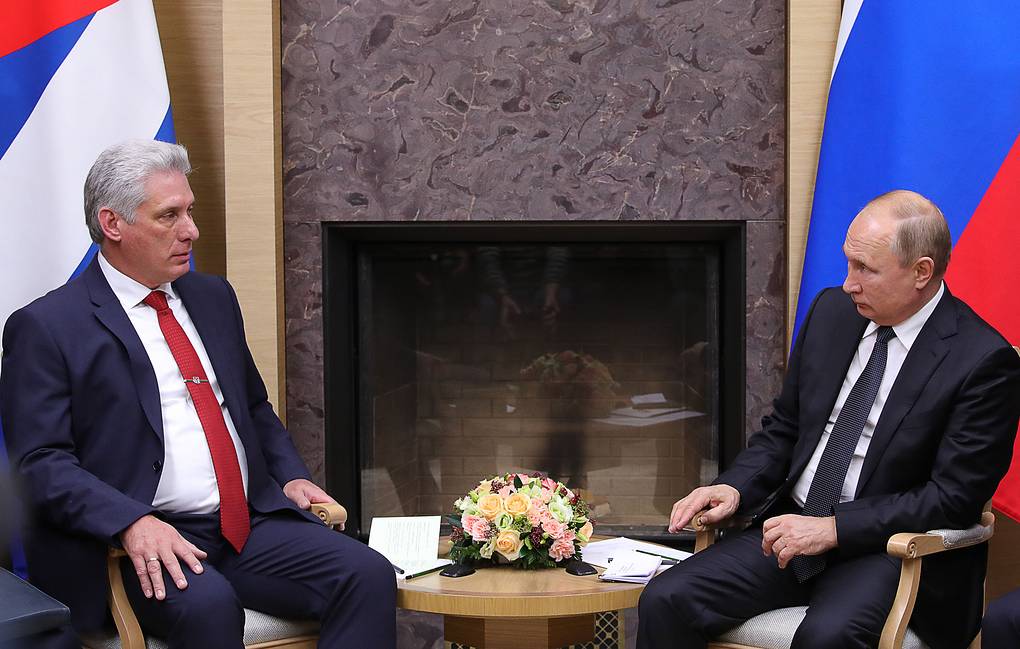 Cuba condemns Western sanctions against Russia, the causes of the Ukrainian conflict should be sought in the policies of the US and NATO, Cuban President Miguel Diaz-Canel, who is on a visit to Moscow, said at a plenary session of the State Duma on Tuesday.

Diaz-Canel stressed that Havana, while repeatedly condemning sanctions against Russia, was in favor of a negotiated solution to the conflict in Ukraine.

The Cuban leader arrived on an official visit to Moscow on Saturday evening. On Sunday, he wrote on his Twitter account that he “is always glad to return to Russia,” with which his country has very good political relations. This visit, in his words, “will make it possible to discuss vital matters and boost exchanges in spheres of mutual interest.”

“Russian President Vladimir Putin will hold talks with Cuban President Miguel Diaz-Canel Bermudez, who is on an official visit in Russia,” it said.

The two heads of state are expected to exchange views on key issues on the international agenda and discuss the current state of and prospects for the further development of the Russian-Cuban strategic partnership in the political, trade-and-economic, and humanitarian-and-cultural spheres, the press service added.

The presidents will attend an unveiling ceremony of the monument to Fidel Castro in Moscow.

The monument to Castro will be erected on a square of the same name in Moscow’s Sokol district. The Moscow city legislature approved the idea of such a monument on February 16.