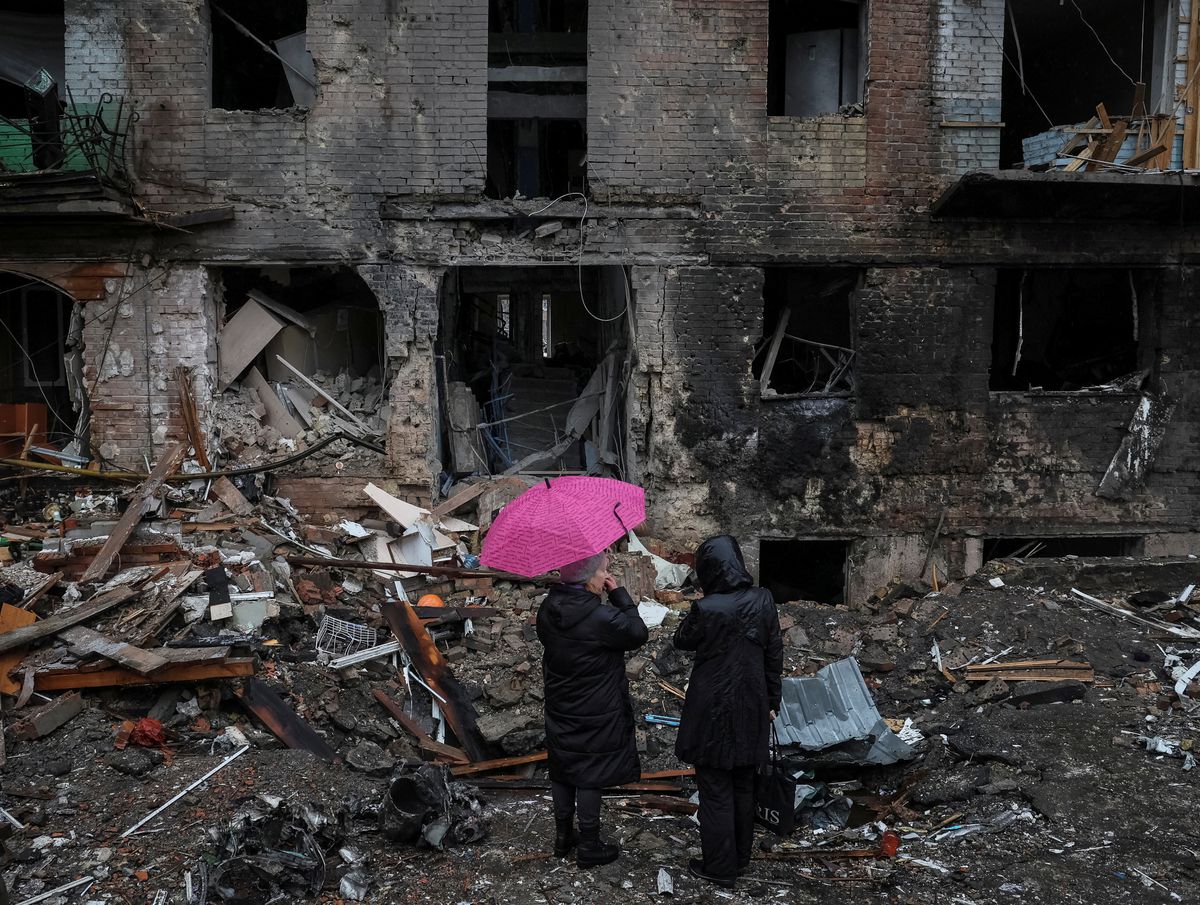 Much of Ukraine remained without heat or power after the most devastating Russian air strikes on its energy grid so far, and in the capital Kiev, residents were warned to brace for further attacks and stock up on water, food and warm clothing.

Moscow acknowledges attacking basic infrastructure, saying it aims to reduce Ukraine’s ability to fight and push it to negotiate. Kiev says such attacks are a war crime.

“Together we endured nine months of full-scale war and Russia has not found a way to break us, and will not find one,” President Volodymyr Zelensky said in a nightly video address on Thursday.

“The goal of the strikes has been accomplished. All designated targets have been hit,” Defense Ministry spokesman Lieutenant General Igor Konashenkov told reporters during his daily briefing. He added that the actions of his country’s aircraft, warships and ground troops had “disrupted the deployment of Ukrainian reinforcements, foreign weapons, military hardware and munitions to the combat areas by rail.”

Konashenkov insisted that Russian troops did not target Kiev. “All of the destruction reported by the Kiev authorities was caused by the falling missiles that were [fired] from foreign-made and Ukrainian air defence systems stationed in the residential areas of the Ukrainian capital,” he said.

People ride on a bus in the city centre without electricity after critical civil infrastructure was hit by Russian missile attacks, amid Russia’s invasion of Ukraine, in Lviv, Ukraine November 23, 2022. REUTERS/Pavlo Palamarchuk

Viewed from space, Ukraine has become a dark patch on the globe at night, NASA satellite images showed.

Zelensky said that while power, heat, communications and water were being restored gradually, problems still existed with water supplies in 15 regions.

Ukrenergo, which oversees Ukraine’s national power grid, said 50% of demand was not being met as of 7 p.m. Kiev time (1700 GMT) on Thursday.

Kiev, a city of three million, 60% of residents were without power amid temperatures well below freezing, mayor Vitaly Klitschko said.

“We understand that missile strikes like this could happen again. We have to be ready for any developments,” he added, according to Kiev city council.

Authorities have set up “invincibility centres”, where people can charge phones, warm up and get hot drinks.

“It is the second day we are without power and food. More than 60 children are waiting for food and we cannot prepare anything unless the power gets fixed,” said a woman at one such centre in Kiev.

Russia’s barrage killed 11 people on Thursday and shut down all of Ukraine’s nuclear plants for the first time in 40 years.

Zelensky told the Financial Times that this week’s strikes had created a situation not seen for 80 or 90 years – “a country on the European continent where there was totally no light.”

Thursday marked nine months since Moscow launched what it called a “special military operation” to protect Russian-speakers. Ukraine and the West say the invasion is an unprovoked war of aggression.