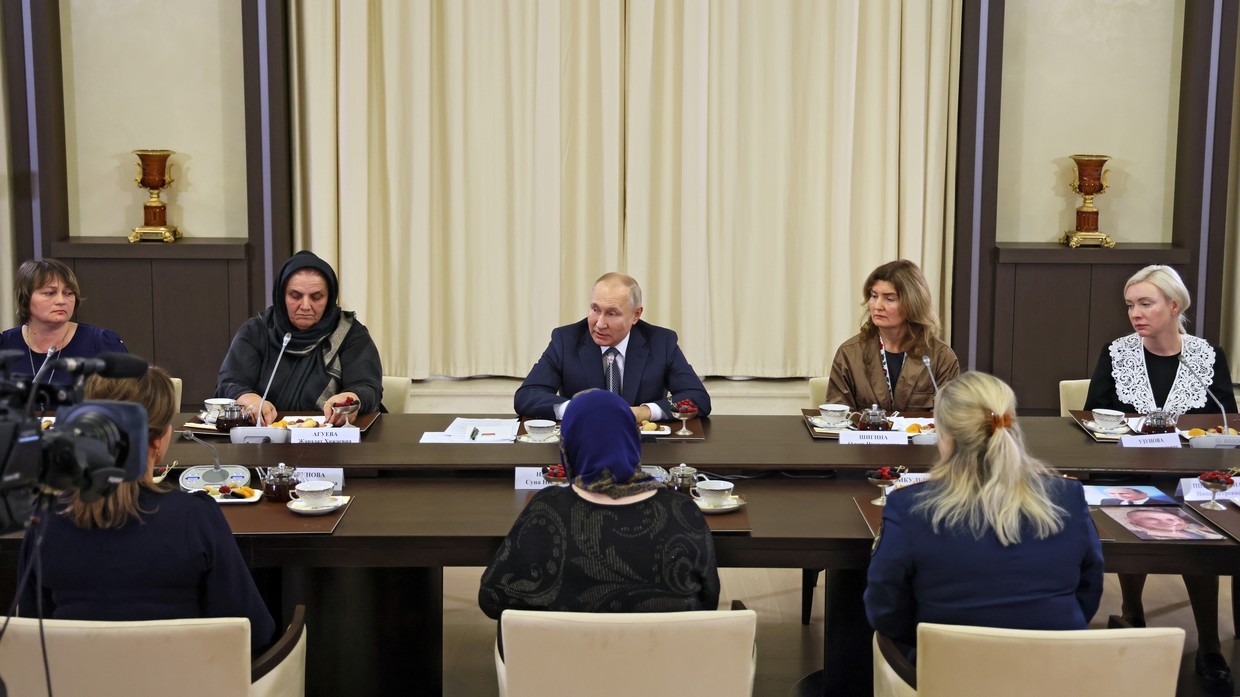 Russian President Vladimir Putin held a personal meeting on Friday with the mothers of Russian soldiers. He said that the country’s leadership, and he personally, regards their sons as heroes.

Putin revealed that he proposed the meeting with the mothers of soldiers because he wanted to hear their opinions, their firsthand experiences and information they have received from the frontlines. “A lot of information comes to me from various sources, but your assessments, your opinions, ideas and suggestions – that’s a completely different matter,” Putin said, adding that he will try to make sure that everything discussed during the meeting is taken into account and used in real life “to the maximum.”

“We will do all we can so that you do not feel abandoned and will do everything that depends on us so that you feel a shoulder beside you,” the president stated.

“As far as 2014 is concerned, of course, in hindsight, we know everything now, but we proceeded from the assumption that it might be possible to come to terms, that Lugansk and Donetsk would be able to reunite with Ukraine somehow within the framework of the Minsk agreements. We were sincerely working towards this, but we didn’t fully feel the mood of the people, it was impossible to understand what was happening there,” Putin stressing why the special military operation became necessary.

Putin commended the women for raising truly heroic young men, noting that their determination to serve their country was not the result of “any instructions and moralising” but the result of the “personal example” set by their parents.

The Russian leader stated that he sometimes speaks to servicemen personally on the phone, and that some of them have outright surprised him with their attitude towards performing their duty. “This gives me every reason to say that they are heroes,” Putin said.

The president went on to note that “life is more complex and diverse” than what is shown in the media and on the internet, noting that “nothing can be trusted there at all,” because of the extraordinary amount of fakes, lies, and deceit. “Information is also a weapon, and informational attacks are one the most effective types of warfare.”

The event had been previously announced by Kremlin spokesperson Dmitry Peskov, who explained that the meeting would be held in a free discussion format, without any set agenda.

In September, President Putin ordered a partial military mobilization throughout the country, stating that calling some 300,000 reservists to arms was necessary to help the offensive in Ukraine. He explained that additional manpower was needed because Moscow is de facto confronting “the war machine of the collective West.”