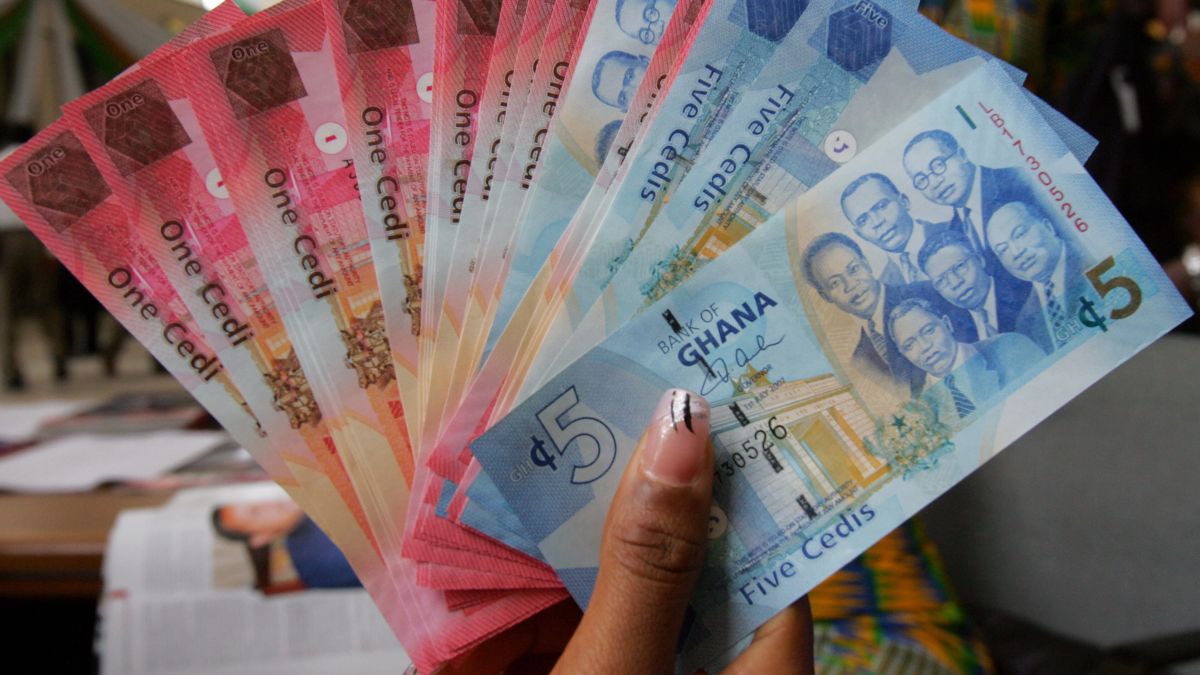 Accra introduces trade by barter, using gold to pay for imports as dollars have led to massive cedi devaluation

Ghana’s finance minister says the country is at high risk of debt distress as the currency, the cedi, has depreciated against the U.S. dollar, increasing its foreign debt by $6 billion this year alone. Ghana on Thursday announced more spending cuts, including a freeze on government hiring and a hike in the Value Added Tax. It’s also looking to buy oil using gold rather than U.S. dollars as the West African country grapples with the worst economic crisis in a generation.

Water and electricity rates have increased by 27.2 percent and 21.6 percent, respectively, this year. Ghana has the highest food prices in Sub-Saharan Africa, according to the World Bank, with prices increasing by 122 percent since January.

The country has the highest interest rates in Africa, standing at 30 percent, and the highest lending rate, at 35 percent. According to analysts, the Ghanaian cedi is now the world’s worst performing currency, and the IMF reduced Ghana’s projected growth rate for 2022 from 5.2 percent to 3.2 percent.

There is immense pressure on the Ghanaian government to turn things around, with inflation hitting a record 40 percent in October. Traders closed their shops last month to protest the rising cost of goods and services as citizens decry the high cost of living.

Market confidence is very low as the West African country negotiates with the International Monetary Fund (IMF) for a (U.S.) $3 billion deal to help restructure the economy.

Presenting the 2023 budget in parliament Thursday, Finance Minister Ken Ofori-Atta, who some governing party lawmakers have already called for the president to fire, said depreciation of the cedi continues to be a huge problem as the government strives to address the country’s current challenges.

“The demand for foreign exchange to support our unbridled demand for imports undermines and weakens the value of the cedi,” he said. “This contributed to the depreciation of the cedi, which has lost about 53.8 percent of its value since the beginning of the year. Compared to the average 7 percent average annual depreciation of the cedi between 2017and 2021, the current year’s depreciation, which is driving the high costs of goods and services for everyone, is clearly an aberration – a very expensive one.”

As part of the measures to get the economy back in shape, Ofori-Atta announced a freeze on new tax waivers for foreign companies, a review of tax exemptions for mining, oil and gas companies and a reduction in the fuel allocation to government appointees.

Daniel Amartey, an economist with the Accra-based Policy Initiative for Economic Development (PIED), said the spending cuts send a positive signal, but he wants the government to focus more on blocking leaks in the system.

“What could be done more significantly in terms of minimizing government expenditure has to do with the corruption in the system and then financial malfeasance,” Amartey said. “So, we should have a way of addressing corruption and its related offences. The government if indeed is ready to minimize expenditures should empower the office of the special prosecutor to be able to deal with corruption and its related offences.”

Meanwhile, the Vice-President Mahamudu Bawumia announced on Facebook that Ghana is working on a new policy, effective next year, to buy oil products with gold rather than U.S. dollar reserves as part of the government measures to strengthen the cedi.

Explaining how the policy works, Gideon Boako, the spokesperson of the vice president in a text to VOA said, “it is basically going to be [a] government-to-government transaction. The significant drain on the forex [FX, the foreign exchange marketplace] is from oil imports. Once you lock that tunnel, you are good on the FX side.”

He added: “The government of Ghana will buy gold locally with cedis through the Bank of Ghana (financier) and then exchange the gold for fuel (oil) in a barter form, for example, with the government of UAE.”