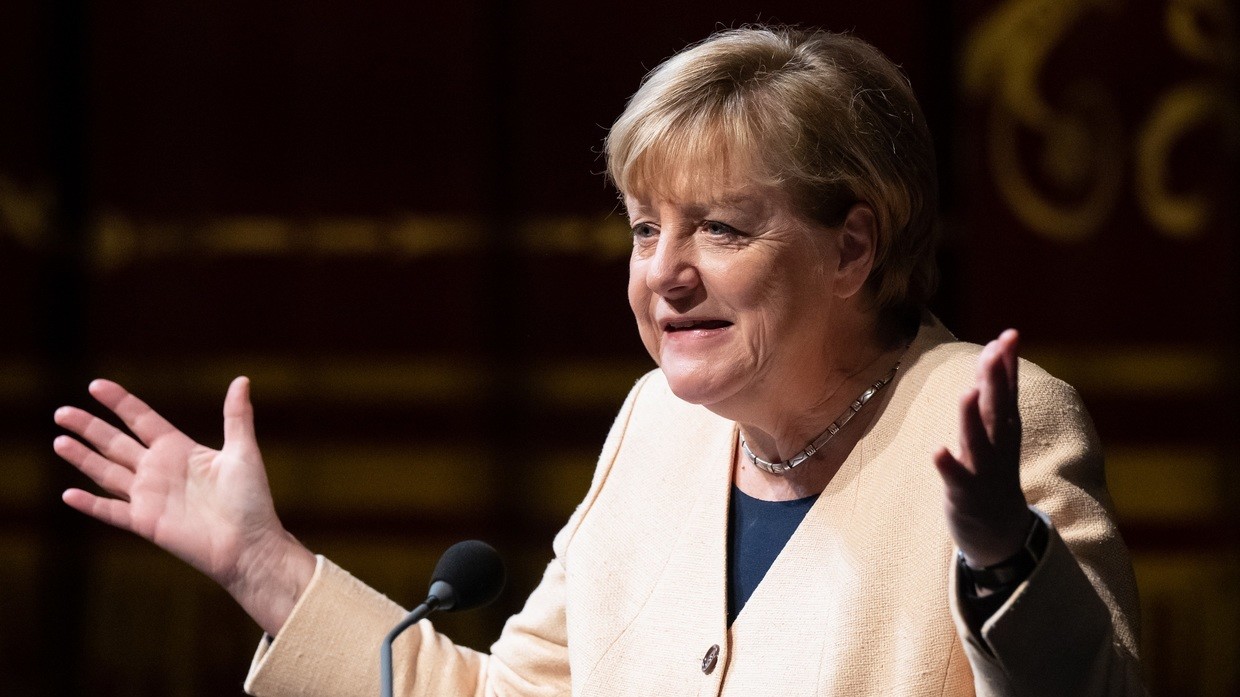 Former German Chancellor Angela Merkel says she was not surprised when the conflict between Russia and Ukraine broke out in late February. The retired leader was speaking to Der Spiegel in a lengthy interview published on Thursday.

“It did not come as a surprise,” Merkel told the outlet. By then, “the Minsk Agreements were eroded,” the former chancellor stated, referring to the 2014 ceasefire deal brokered by Germany and France, which were designed to give the eastern regions special status within Ukraine.

She also said her efforts to establish another dialogue platform for Russia and the EU in 2021 had come to nothing.

“I wanted, together with [French President] Emmanuel Macron, to create an independent European discussion format with Putin through the European Council,” Merkel said, explaining that she faced opposition from other members of the EU’s top body.

“I no longer had the strength to assert myself,” she noted, as everyone knew she was about to step down. She faced the same problem on her farewell visit to Moscow, sensing she no longer had the ability to influence Putin, for whom she said “only power counts.”

The former German leader said she “wished for a more peaceful time” after her departure and would have “pushed for [her initiative] further” had she decided to lead her party into the 2021 parliamentary elections and won.

The former chancellor also acknowledged that she had not moved forward “even a millimeter” in resolving not only the Ukraine crisis, but the tensions between “Transnistria and Moldova, Georgia and Abkhazia,” as well as the crises in Syria and Libya. “It was time for a new approach,” she said.

Merkel, however, defended her opposition to admitting Georgia and Ukraine into NATO, arguing that she “bought time”for Kiev to better prepare for the Russian offensive.
However, Merkel still believes that Berlin should not be “the first nation to send state-of-the-art tanks” to Kiev, warning that it would only damage Berlin’s relations with Moscow. “Russia would then be only further set against Germany,” she said.

Merkel faced criticism at home over the conflict for supposedly making the German economy too reliant on Russian gas. The ex-chancellor defended her decisions, saying that buying gas from Moscow was the best way towards a green future and the move away from coal.

Hunter Biden US First Son files to prevent daughter born out of wedlock from bearing the famous family name despite...

Israel's far right national security minister Itamar Ben-Gvir declares that the revered site is open to all Christians, Muslims and...

Plans to kick former US President Donald Trump of Twitter was initiated long before the January 6 Capitol riots A...

Russian leader convinced that the former German chancellor's statement proves him right in ordering a military offensive in Ukraine Russian...