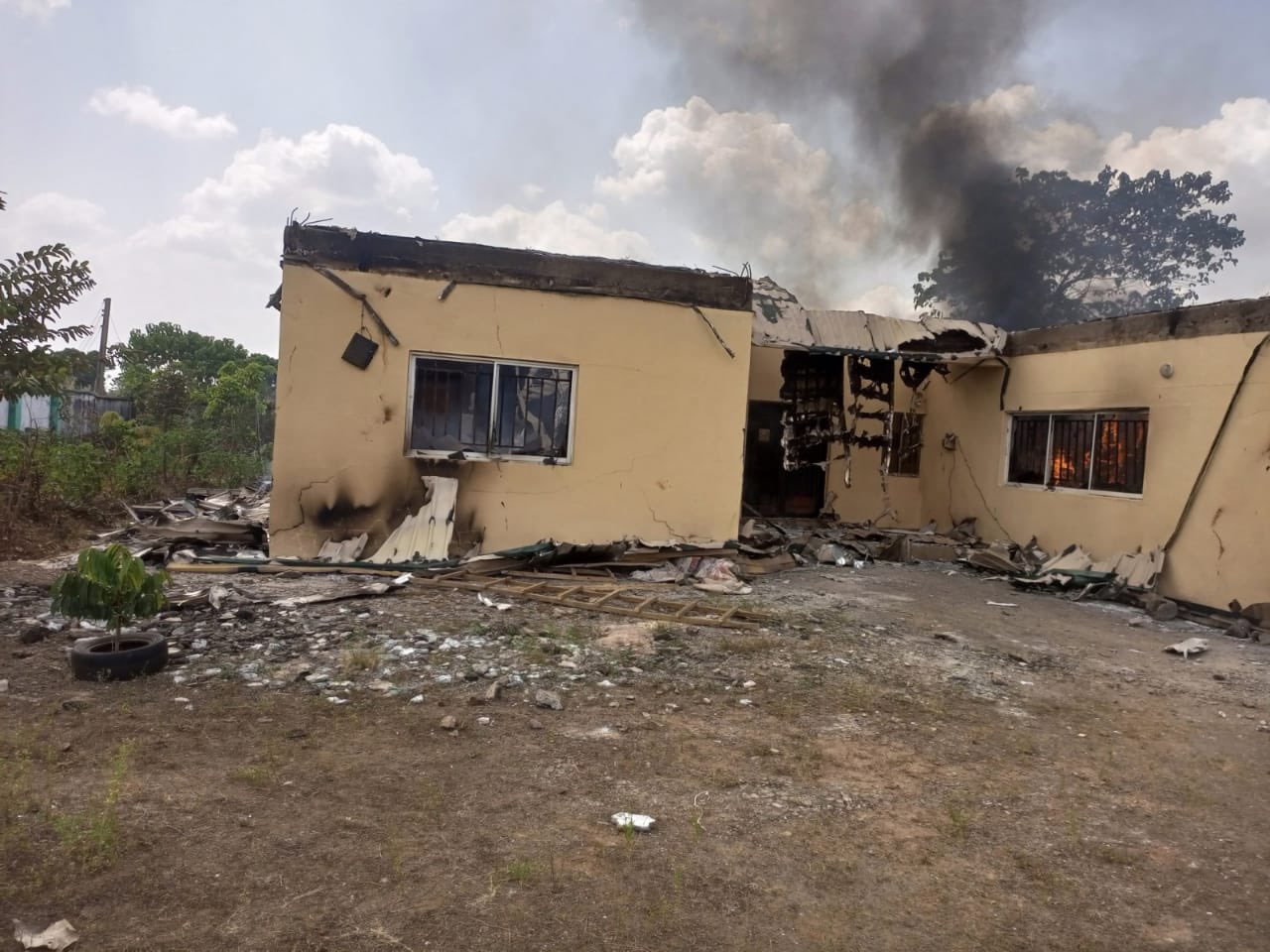 A nefarious plot to prevent the popular presidential candidate of Nigeria’s Labour Party. Peter Obi from winning the 2023 elections thickened on Sunday after the Independent National Electoral Commission (INEC) reported that another electoral facility has been destroyed by unknown persons.

According to the national electoral body, the incident happened on Sunday morning at the INEC facility in Izzi Local Government Area office located in Iboko, Ebonyi state in south eastern Nigeria. At about 10.00am some heavily armed unidentified men set the entire building ablaze after security personnel absconded on sighting the arsonists.

“Although no casualties resulted from the attack, the main building and all the movable and immovable items inside it were destroyed. These include 340 ballot boxes, 130 voting cubicles, 14 electric power generators, large water storage tanks, assorted office furniture and fixtures and yet to be determined quantities of Permanent Voters’ Cards (PVCs).” Festus Okoye the National Commissioner and Chairman Information and Voter Education Committee said in a statement after the attack.

He then assured the Nigerian public that the police and the intelligence agencies were currently investigating and are at the scene of the incident. This makes it the third time in less than than three weeks that INEC facilities have been attacked nationwide.

“Sadly, this is the third attack on our Local Government office in less than three weeks following similar attacks on our offices in Ogun and Osun States on 10th November 2022.”

On Saturday, INEC met to deliberate on fixing a date for the distribution of the Permanent Voters Card (PVC). they promised voters that they will get their cards after the meeting of all Resident Electoral Commissioners (RECS) from the 36 states in Lagos a stronghold of the ruling All Progressives Congress (APC), December 2.