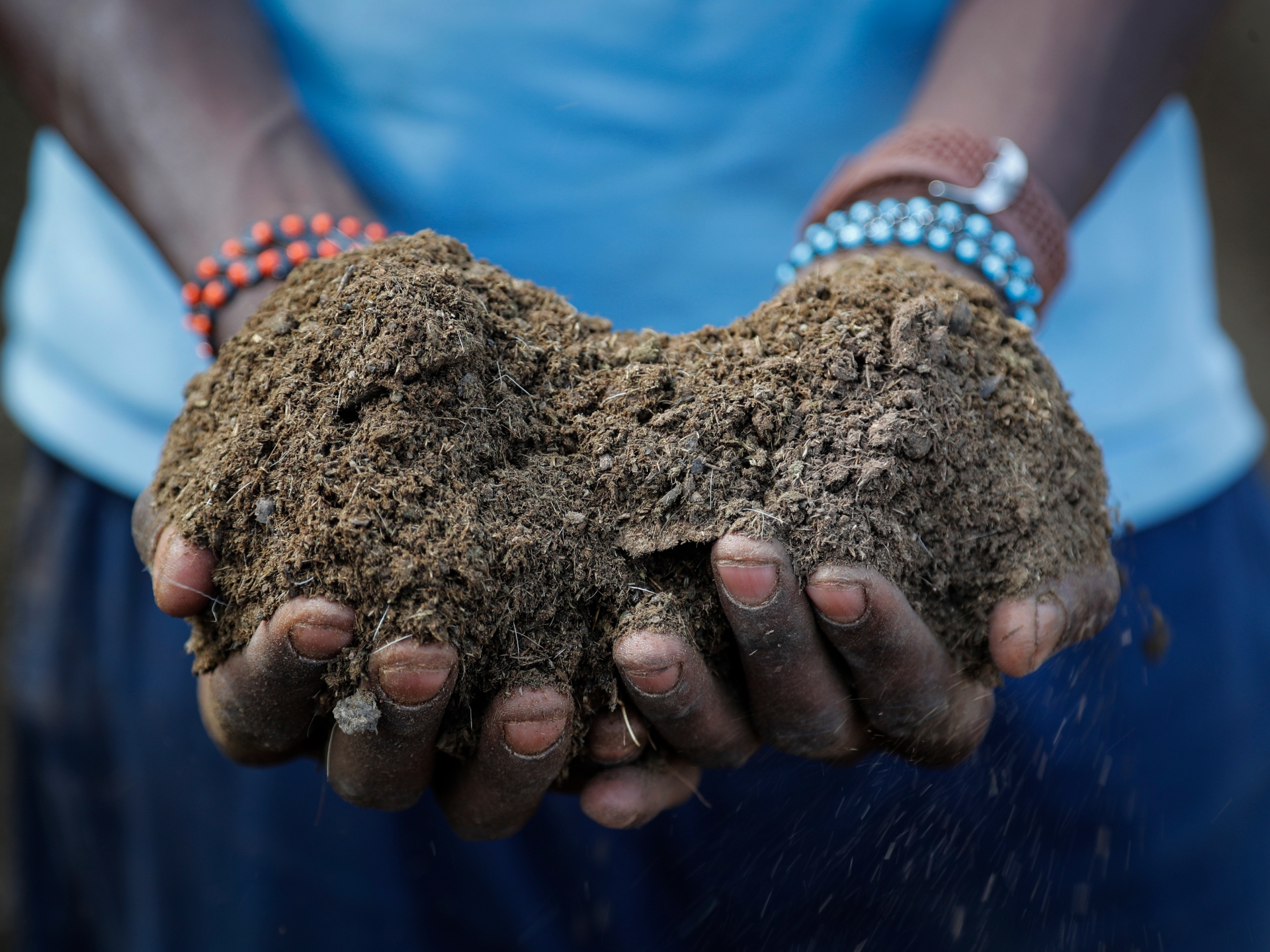 Speakers at a Reuters NEXT panel say as Russia donates 260,000 metric tonnes of fertiliser for African farmers

African nations facing a food crisis brought on in part by the global pandemic and conflict in Ukraine need immediate liquidity support and in some cases debt relief, speakers on a panel at the Reuters NEXT conference holding in New York said on Wednesday.

Food insecurity has worsened in much of Africa in recent years, driven by protracted armed conflicts and the impacts of climate change, which has led to prolonged droughts in some areas and crop-destroying floods in others.

A child walks outside makeshift shelters at the Kaxareey camp for the internally displaced people after they fled from the severe droughts, in Dollow, Gedo Region, Somalia May 24, 2022. Picture taken May 24, 2022. REUTERS/Feisal Omar

On Tuesday the United Nations(UN) announced Russia has donated 260,000 metric tons of fertilizer it produced that was sitting in European ports and warehouses for use by farmers in Africa.

“This will serve to alleviate humanitarian needs and prevent catastrophic crop loss in Africa, where it is currently planting season,” U.N. spokesman Stephane Dujarric told reporters, welcoming the announcement.

He said a ship chartered by the World Food Program left the Netherlands on Tuesday carrying 20,000 tons of the fertilizer destined for the southeastern African nation of Malawi. Dujarric said it would take about a month to reach Beira, in Mozambique, and then would be transported overland to Malawi, which is a landlocked country.

“It will be the first of a series of shipments of fertiliser destined for a number of other countries on the African continent in the coming months,” Dujarric added.

At the NEXT conference whose agenda is ” a new vision for a better tomorrow” speakers said the situation was aggravated by a pandemic-provoked economic downturn, rising debt levels and, more recently, the fallout from the Ukrainian conflict which is partly responsible for food, fuel and fertiliser price spikes.

The number of East Africans facing acute food insecurity has jumped by 60% to 82 million in the past year. In West Africa, it has risen from 31 million to 42 million.

During the pandemic, the IMF and World Bank backed an initiative that suspended poor countries’ rapidly growing debt service obligations, allowing them to instead channel those resources into shoring up their health systems and economies.

That initiative has now expired however, even as many nations are struggling to feed their people.