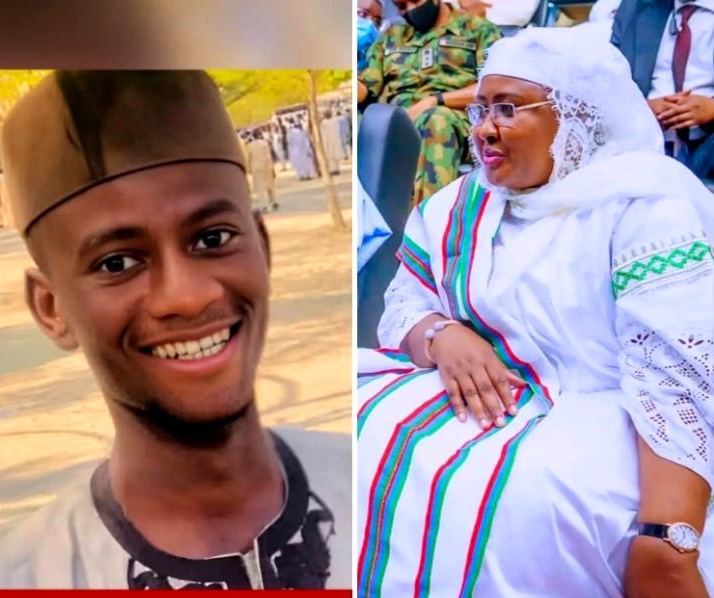 Aminu Muhammad, a student of Federal University Dutse (FUD), who was remanded in prison over his tweet mocking the Nigerian first lady Aisha Buhari, has seen the clamour for his release drop after a tweet he made in the local Hausa language inciting followers to violence went viral, Thursday.

The tweet in Hausa “Duk Wanda yasa wannan rigar ah Bauchi sai munchi uwarsa” translated by Google as “Anyone who made this shirt, ah Bauchi, must have a mother.” on May 16 2022 was his response to a t-shirt commemorating the gruesome killing of Deborah Samuel Emmanuel a student who was accused of blaspheming the Prophet Mohammed. The t-shirt had the inscription “Murdered by Peace”.

The Google translation was wrong.

Hassan Mohammed a lecturer and Northern Nigerian expert said the correct translation was “Whoever wears this shirt in Bauchi will suffer the consequences”.

“The consequences in this context is “we will fuck his mother”. You cannot translate it literally.” He added.

Muhammad, who hails from Azare in Bauchi state, is a final-year student at the department of environmental management then made a tweet that landed him in hot water calling the first lady “fat” The tweet, which was posted in Hausa in June 2022, reads: “Su mama anchi kudin talkawa ankoshi.” Muhammad’s tweet, accompanied by a photo of Aisha, loosely translates as “Mama has eaten poor people’s money and is now full”. He was arrested by operatives of the State Security Service (SSS).

“He is currently being held in Suleja prison before the bail application is heard,” C.K. Agu, Muhammad’s lawyer, said on Tuesday.

Muhammad’s arrest has elicited sharp criticism, with activists calling it an attack on free speech while the National Association of Nigerian Students (NANS) apologised to Aisha Buhari over the tweet.

“We want to, on behalf of all the Nigerian students, tender our unreserved apology to the first lady, Aisha Buhari, for the action of Mohammed which might have caused her and her family pains,” NANS said in a statement on Tuesday.

The support for Aminu who goes by the username Catalyst on Twitter had vitriol poured on him. David Hundeyin a journalist tweeted. “I earnestly apologise for retweeting the appeal to free this fellow. May he remain inside that cell for as long as Deborah’s family is denied justice, plus some extra time for accrued interest.”

The Nigerian Police are still hunting for Deborah’s murderers with the ring leader hiding in Niger Republic according to reports.