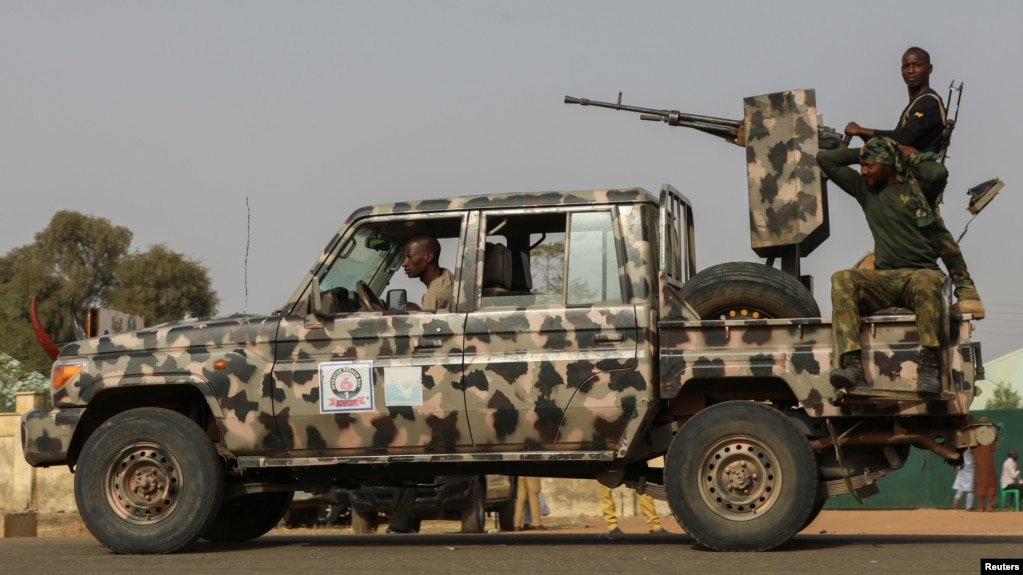 Nigeria’s President Muhammadu Buhari says the war between Russia and Ukraine is allowing arms and fighters to stream into the Lake Chad region, bolstering the strength of terrorist groups.

The Nigerian leader spoke Tuesday in Abuja to a summit of heads of state from the Lake Chad Basin Commission, or LCBC.

Buhari called for more vigilance and cooperation among the commission’s six member nations against the increased proliferation of weapons into the Lake Chad basin. He said weapons meant for the Ukraine war and to combat terrorism in the Sahel are being diverted to West Africa and ending up in the hands of terrorist groups.

He didn’t specify who was diverting the weapons but said the development was threatening improved stability in the region, where a multi-national joint task force created by the LCBC has been fighting terror forces for years.

The chairman of the Partnership Against Violent Extremism, Jaye Gaskia, agrees the war in Ukraine is a threat to security in the African region.

“The longer this war goes on, the more it opens up for all manners of groups to be entangled with it, if not directly through financial and funding, through building solidarity and the rest, the more that becomes a possibility, the more insurgent groups in the Sahel begin to find the theater of war in Ukraine as a veritable source,” said Gaskia.

Buhari said the multinational forces are planning fresh operations in region but noted that military operations must be backed with sustainable development.

However, the commission has been hit by financial crisis, with nearly every member struggling to meet yearly obligations for intervention programs.

Security analyst Patrick Agbambu blames global economic downturn for the financial problems and says it will have consequences on the fight against terrorism if allowed to continue.

“Countries around the world are currently experiencing financial downturn, the region is not exempted. Nigeria particularly is also experiencing that and it’s going to affect the intensity of the execution of the war,” he said.

“With the war, which has also compounded the cost of living crisis, it therefore also means that financing and funding has to be shifted to other more immediate needs and this is probably going to go on for another year or two,” said Gaskia.